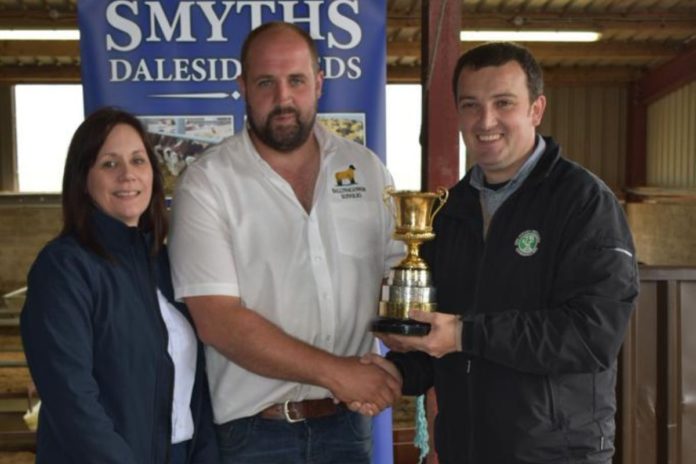 In this week’s sheep farming segment, That’s Farming, speaks to Dennis Taylor from Ballynacannon Suffolks. He discusses breeding sheep from the age of twelve, farming 350 ewes and 120 cattle, selling lamb through a vending machine, and securing a ram for €44,000.

Denis Taylor, from Coleraine, County Derry, is breeding sheep since he is twelve and in that space of time, has sold them to 20,000gns, and gained customers worldwide.

Assisting on his grandfather’s suckler and dairy farm sparked his interest in agriculture.

At the age of twelve, Dennis established his own Suffolk sheep flock under the Ballynacannon prefix. The next step in this journey brought him to showcasing his flock at local agricultural shows.

“When I was younger, I did not have much money to spend on sheep that I wanted to buy. I had to work with what I had. Our best animals go back to our foundation ewes.” 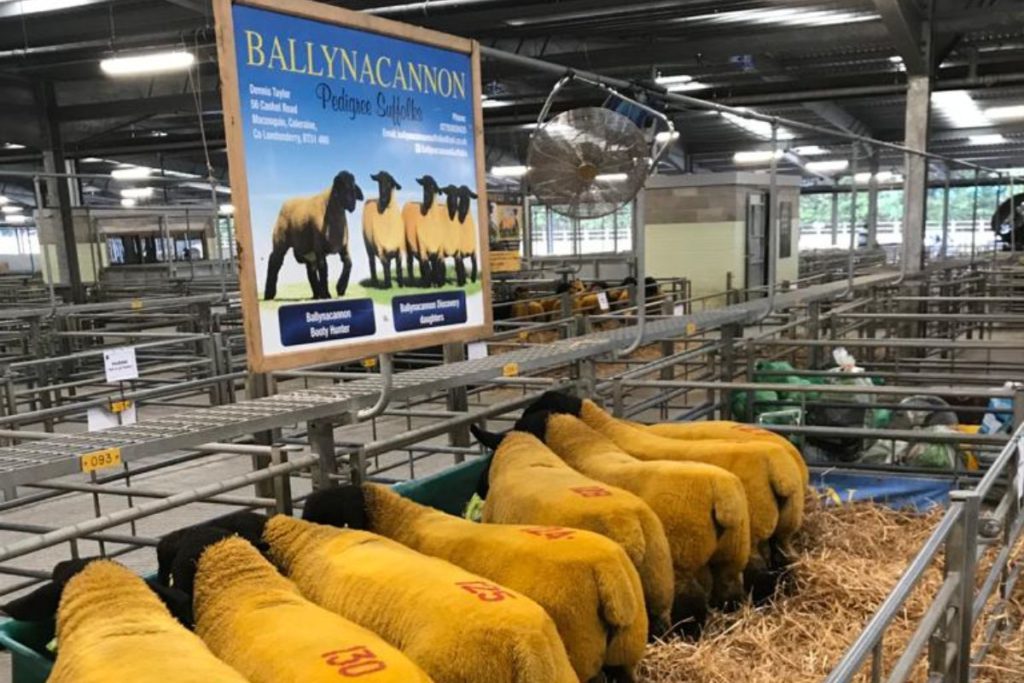 Dennis continued building his flock from his own foundation ewes.

He explained what attracted him to the Suffolk breed. “Maternal traits from a Suffolk crossbred ewe are second-to-none on the recipient side. They can grow into big ewes with big capacity.”

“Also, they can work with big strong lambs and have a good lambing percentage. They are a capable sheep all-round for their maternal and terminal traits.”

“The power of Suffolk sheep is very intriguing, and that is probably what enticed me into the breed and entices most people.”

“Suffolk are an endearing breed. So, everybody has a big aim of getting that big Suffolk lamb with huge power.”

“They are very commercially orientated along with their power, skin, and class. As a result, their growth rate is second to none.”

The County Derry native outlined what type of sheep he strives to breed.

“We try to breed sheep commercially good with skin and with as much class as possible.”

“We like black hair, black colours, a nice long ear, plenty of neck with their heads up in the air, good topline and square on their legs.”

The farm uses four rams for AI, which include a Lakeview ram bought for £40,000 in Lanark, a Ballinatone ram secured for €44,000 in Blessington Mart and a Strathbogie ram sourced in Shrewsbury for £12,000.

“The first ram is shared with a farmer from Scotland. Six other farmers share the second ram, and three of us share the ram from Shrewsbury.”

“I also bought a fourth ram from the Blackbrae flock privately for £10,000.”

Lambing commences the second week of January until the beginning of April. Lambing cameras installed by Liggett Electronic Solutions aids Dennis during this busy period.

“As everything is all due to lamb within the week, we operate an indoor lambing system. It leaves management easier as there could be 150 ewes due the same week.”

“Many Suffolk breeders lamb over Christmas. The Suffolks take over my life the rest of the year, so I like to give my family peace over Christmas,” he laughed.

“We sold twenty ram lambs at Suffolk Society sales this year and around 100 plus females at home.”

“We also sell many sheep through our Facebook page. These locations include Scotland, Bulgaria, Portugal, Spain, France, and Romania.” 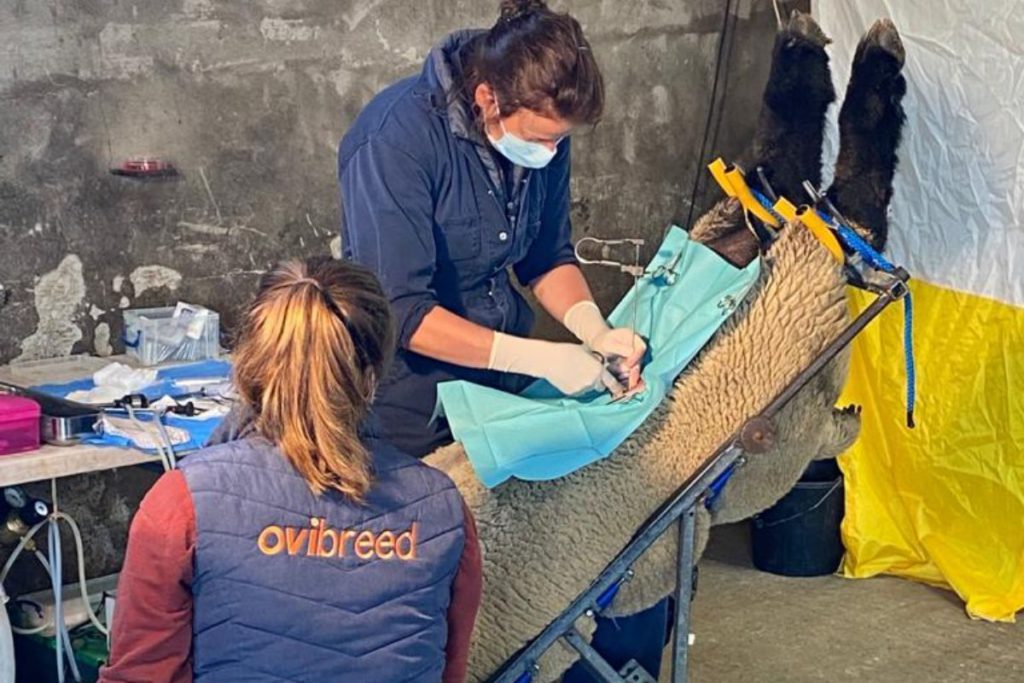 Other achievements include winning the 2014 sire of the year trophy and the national flock competition in 2017.

“We won the Northern Ireland championships three times at local shows, but not at Balmoral Show. In 2015, we won inter-breed champion at Ballymena Show.”

“We secured reserve champion twice at Balmoral Show and won championship titles at all our local shows.”

Dennis and his wife wanted to bring a “fun” aspect to their children’s difficult Covid-19 lockdown period.

On June 20th, 2020, they established Ballynacannon Farm Fresh Produce, selling fresh food and vegetables on shelves along the roadside.

This project later developed into a farm-to-fork project which involves selling their lambs direct from the farm enterprise.

Currently, the Taylor family slaughters one lamb through David Miller of Choice Cuts weekly. David slaughters them and vacuum-packs them for the shop.

“Most of our lambs are killing at about 25kg. Kill-out weight is 25kg, and an average lamb going to the factory grades a U-3.” 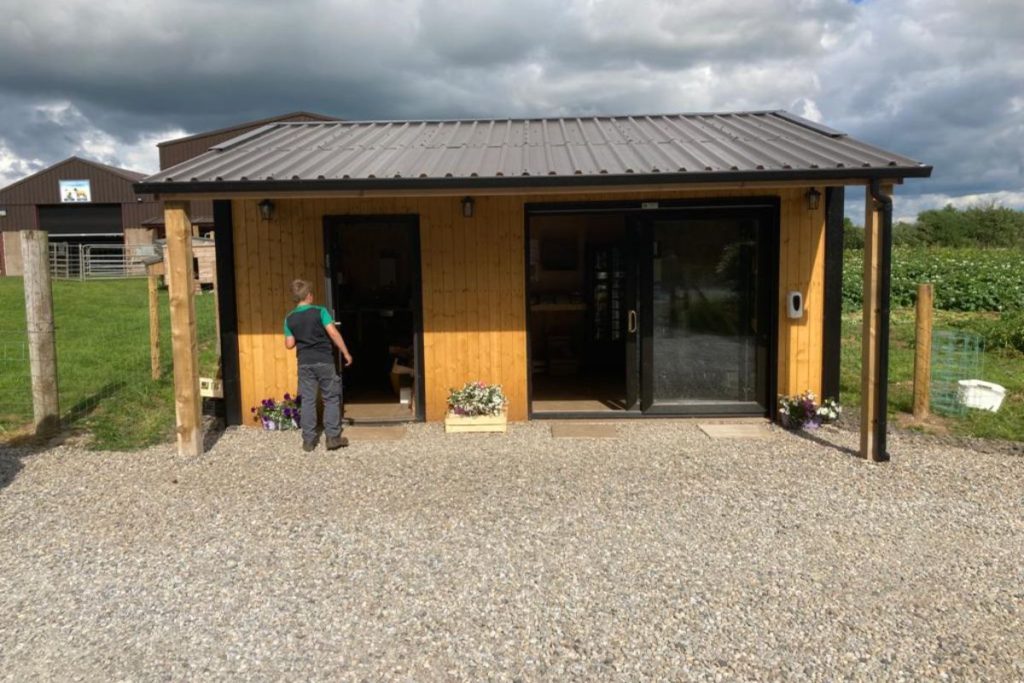 Customers can purchase lamb through the shop’s vending machine with cash or credit card. A coffee machine is available for customers also.

Prices for lamb products range from £5 to £25, with racks and chops a common choice among customers.

“Better lambs with flesh that we think are going to kill out a U-3 could be classed as fit.”

“Bigger lambs killing into 25kg means we have bigger cuts for our customers. If we go to an abattoir, we only get paid up to 22kg.”

Dennis shared how customers feel about Suffolk lamb. “The perception is very good. We have always got good reports back after people try our lamb, and many return customers coming for more lamb produce.” 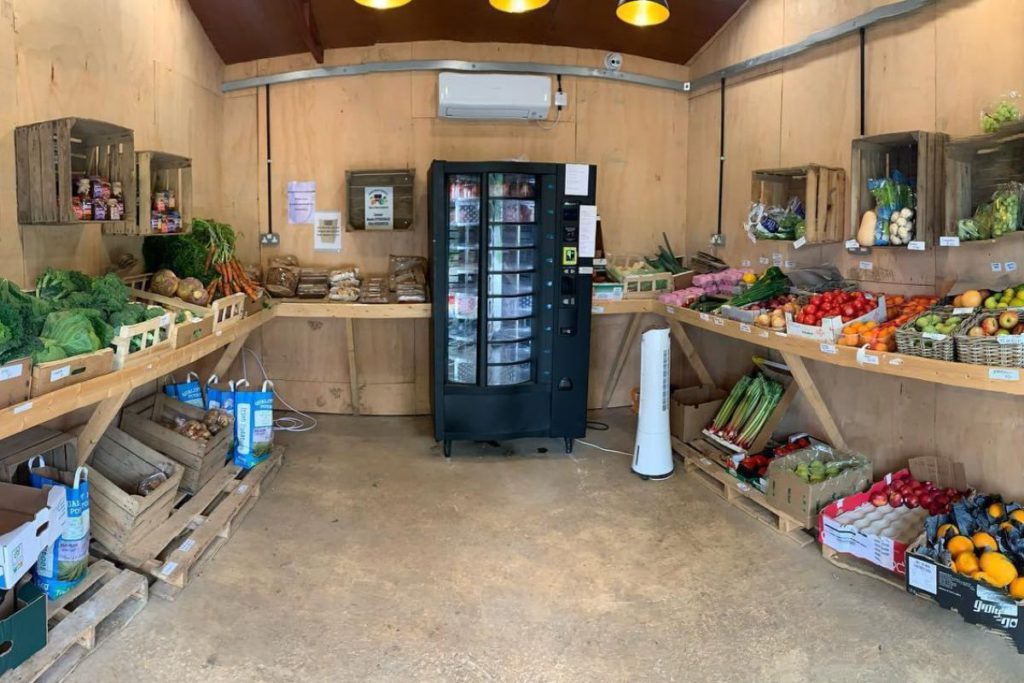 “Sheep are challenging. Every day they are a challenge, and new problems arise. Once you fix one problem, something else becomes a problem.”

“To become a successful sheep farmer, it takes detail and not putting off tomorrow, what you can do today.”

“You make mistakes from the day you start, and you have to learn from them. There is nothing that learns you quicker than losing money.”

Dennis, who has miles of farming experience under his belt, shared his advice for aspiring sheep farmers.

“Nobody is perfect or going to get it right all the time. You have to be strong and get the downs to appreciate the ups.”

“It is not plain sailing; you have to be strong, determined, keep at the job, and whenever things are low, push on harder to get back to the top.”

He also plans to branch into beef boxes and build a café in the family’s farm shop.

Their aim for the flock is to sell 100 females and 70 lambs per year.

“Our Suffolk sheep have done very well for us over the last ten years. Sheep are a viable business, but they are hard work.”

“My ultimate goal would be to keep up our averages yearly and overpower at sales to keep making money. We would like to win at Balmoral Show.”

Dennis shared his view on the future of agriculture.

“Agriculture is getting harder and harder. Margins are getting tighter and tighter. As far as I can see, you have to get a niche market to try to stay at the fore.”

“We are trying to get to the top and, by the end, make money, having attracted people to buy sheep from Ballynacannon Suffolks.”

“We try and hit as many different markets as we can to keep the sheep business going,” the Suffolk sheep breeder concluded.

- Advertisement -
Previous article
What hill sheep and suckler farmers want in Budget 2022
Next article
Diary: ‘Imagine the worst case of breathlessness you have ever had and multiply that by 10’