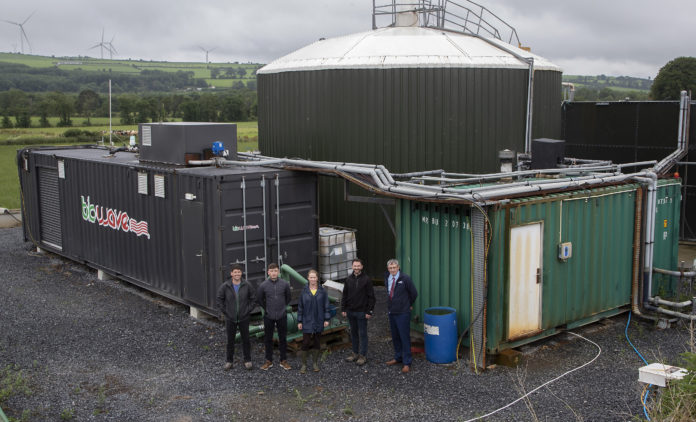 Ashleigh Farms at Glenbeg near Dungarvan began from humble beginnings in the early 1960s when David McGrath started the enterprise with two sows and a big dream.

His oldest son, Jim, took on the management of the farm at an early age and expanded it to 1,900 sows.

They now have a hard-working and dedicated team of 16 full-time workers employed in pig production, feed manufacture and transport.

Jim has three sons involved in the business – James is a graduate of Waterford IT where he studied construction management and engineering which was an advantage when it came to building farm buildings and installing feeding, slurry and ventilation equipment.

Today, it is among the top-performing farms in Europe, producing up to 34 pigs per sow per year.

According to Teagasc, the Irish average is 27 pigs/sow/year so Ashleigh Farms is one of the best pig producers in Ireland.

Their pig breed is Danish genetics, and all three pig units are both Bord Bia and Red Tractor quality-assured. All pigs are sold to Rosderra Meats, thereby, helping to secure hundreds of valuable jobs in rural Ireland.

Their pigs consume over 16,000 tons of feed per year and the McGraths manufacture most of their own feed.

“Bio-security is of utmost importance and we operate an environmentally friendly pig production farming system.”

“We have been dealing with McAree Since we built our new unit in 2018. We were very happy with the quality and structure of their bins, also their customer service and delivery was excellent.” Jim McGrath said.

For the new unit, Big Dutchman in Germany, supplied the penning, feeding system and ventilation.

“We use freedom farrowing pens which we designed with Big Dutchman with some of the latest technologies and innovation,” Jim added.

Ashleigh Farms also has a slurry cooling system as part of their sustainability plan, which consists of approximately 10km of pipe underneath the slurry tanks providing a renewable heat source for the heat pump.

“We operate our own on-farm biogas plant utilising pig slurries. We built this facility in late 2017 in partnership with our sister company, Ashleigh Environmental.” Jim added.

Indeed, the overall heating energy cost has been reduced by 35% or €8,000 pa. This system also reduces ammonia by up to 30% and odour by up to 20%. (Slurry cooling system)

According to Ken “based on Teagasc published results we are reducing our annual CO2 equivalent by up to 37% or by 390 tonnes. (AD system)”.

Anaerobic Digestion (AD) reduces odour associated with slurry that would otherwise be stored in large tanks or lagoons.

The by-product from the anaerobic digester is a nutrient-rich organic fertiliser called digestate, which local farmers spread on arable and grassland.

The nutrients are considerably more available in the digestate compared to raw slurry and as fertiliser it is much more consistent in its application onto the soil.

Their award-winning sister company, Ashleigh Environmental, is developing innovative bioenergy related technologies and has been successful working with project partners across Europe.

The current system under development is called Biowave™ and more information can be found at the dedicated company website: www.ashleighenv.com