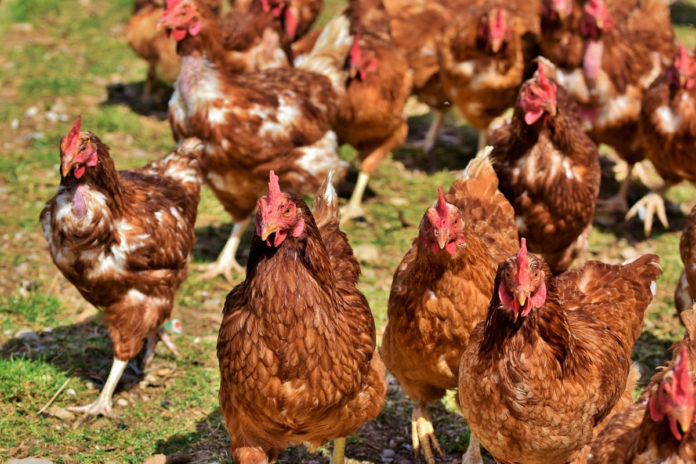 The Department of Agriculture, Food and the Marine has updated its guidance surrounding the legal to confine/house poultry and other birds as a precautionary measure against Avian Influenza (bird flu).

The DAFM lifted this measure, which it initially introduced on November 22nd, 2022, to mitigate the risk of avian influenza in poultry, from April 29th, 2022.

In a statement, a D.A.F.M spokesperson revealed that it has based its decision to withdraw this requirement on several parameters, which indicate a reducing risk of an avian influenza incursion.

It says this includes:

“Removing the requirement to confine birds means that all poultry and bird owners may allow their birds access to open areas and runs from April 29th.”

“The department, however, urges flock owners to remain vigilant as, notwithstanding the reduced risk, there is still the possibility of the virus being present in the environment or being transmitted to their flock by wild birds.”

“The department emphasises that further enhanced biosecurity requirements that were introduced on November 17th (SI No. 593 of 2021).”

“This is the requirement to ensure that poultry or other captive birds cannot come into contact with wild birds, that all areas that poultry and captive birds have access to must be fenced and that they are restricted from access to open or permanent standing water and restrictions on the assembly of live birds for show or sale (SI No 592 of 2021) – remain in place.”

However, the DAFM has confirmed that “a ban on bird gatherings, shows and sales remain in force at this time”. It says it will keep this under continual review.

It has urged bird owners to:

In particular, the DAFM said owners should continue to feed birds indoors or under cover where wild birds cannot have access.

Furthermore, the DAFM has reminded all poultry owners of their legal obligation to register their premises with them. This includes those who keep only one or two birds.

- Advertisement -
Previous article
Clover in sheep swards and mastitis control for discussion at IGA conference
Next article
Is there land available for rent in your area? Plots from €100/ac