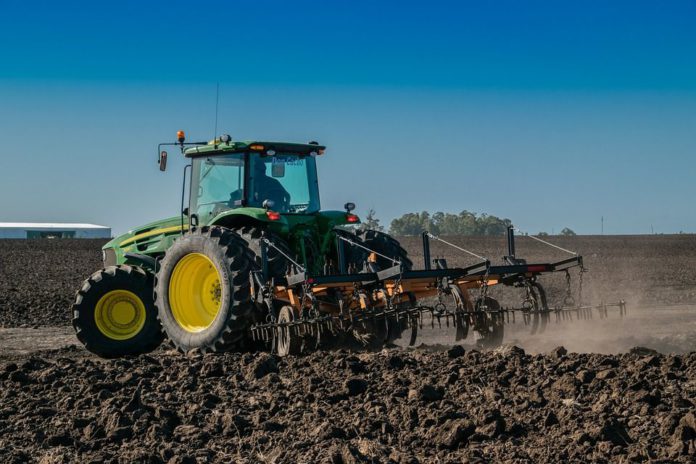 As we reported, the agricultural machinery manufacturer unveiled its fully autonomous tractor earlier this month.

In many ways, John Deere stated that agriculture has been “driving the technology industry forward” for more than one century. He believes that John Deere has “helped lead the way”.

“You fast forward a century from those first tractors, and you’ll find some of the most advanced robotic machines are being used on the farm to feed the world.”

“If you visit a farm, you will see as much technology in the field as you will in Silicon Valley.”

Hindman, speaking at CES 2022 in Las Vegas where John Deere revealed an autonomous tractor, told attendees today’s technology is “paved with advancements from the past”.

He added that advanced technology and innovation have “always been on the farm”.

Hindman highlighted the company’s many advancements in technology. He listed precision farming and self-steering machines that use GPS.

“This precise location-sensing technology already enables farmers to place seeds, spread nutrients and harvest their crops without having to touch the steering wheel,” he noted.

“Without this self-driving technology, farming is incredibly exhausting mentally and physically.”

“GPS technology allows farmers to spend their time in the cab of a tractor looking at the real-time data they are collecting during the job they are doing and making adjustments.”

He said agriculture had always been “about doing more with more” until recently. Hindman pointed to more horsepower, more inputs, and more acres.

However, he believes the digital era is changing “all of that”. “It is coming at a critical time, as labour shortages are making it difficult for farmers to find people to help do the work.”

“Driverless tractors can help farmers overcome that obstacle and more with their precision technology. This makes it possible to take on one of the world’s biggest challenges—feeding our growing population.”

The world’s population is expected to grow from about 8 billion to nearly 10 billion people by 2050. As a result, this will increase global food demand by 50%.

Hindman said, “farmers must feed this growing world population, and it’s our job at John Deere to help them”. “The future of Agriculture starts now,” he concluded.