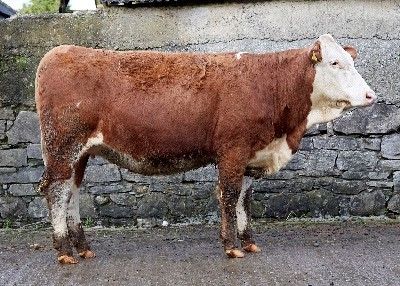 30 Austrian in-calf pedigree-registered heifers from the Kildangan Fleckvieh herd are set to come under the hammer in an on-farm online sale later this week.

The sale will take place on the farm of Maurice Prendergast at Bawn, Kildagan, Co. Kildare, at 12 pm on Saturday, January 21st, 2023, via Denis Barrett Auctions.

The heifers are due to calve from the end of January, February, March, April and May to AI sires or a pedigree Fleckvieh bull.

According to Prendergast, all entries are registered in the Irish Simmental Cattle Society/Dairy Fleckvieh herdbook. All animals can be export tested for Northern Ireland and mainland UK directly from the farm.

Ahead of the sale, Maurice Prendergast said:

“I had a keen interest in getting into dairying, specifically through the Fleckvieh breed, because of their dual purpose, placidity, high solids etc.”

“I visited Austria on several occasions in 2021 to source high-genetic value Fleckvieh breeding heifers and build a trustworthy and reliable relationship with some of the best Fleckvieh dairy farmers in Austria.”

“Moreover, I intended to continue sourcing a small batch of elite heifers each year to gradually increase my milking herd whilst offering some for sale alongside the offspring of my milking cows.”

“These heifers arrived on our farm as weanlings in 2021, so they are completely acclimatised to Irish conditions.”

The heifers were artificially inseminated in April 2022, using “high quality” pedigree Fleckvieh semen supplied by Celtic Fleckvieh (Gerard Brickley) with the intention of calving and milking them in Kildangan in 2023.

However, because of various reasons, Prendergast is “regrettably” not in a position this year to calve and milk these heifers in the spring of 2023.

He continued: “As a result, we are putting all of them up for auction through Denis Barrett Auctions.”

“To my knowledge, this could possibly be the first Austrian Fleckvieh heifers in the country to have an EBI rating. The heifers are suitable for any system,” he concluded.

We spoke with the auctioneer Denis Barrett who said, “the sale is interesting as this is likely to be the last batch of direct Austrian Fleckvieh genetics we will see in the country for some time”.

“According to our sources, there seems to be a shortage of this type of quality heifer in Austria due to the popularity of the breed.”

Mr Barrett further described the consignment on offer as “one of the best, most balanced bunch of heifers” he has seen in a while, with “age, power, breeding, type, and temperament (the heifers are extremely placid) with the bonus of many being at the point of calving, being acclimatized to Irish conditions for over 12 months and registered in the Irish Dairy Fleckvieh / Simmental Cattle Society herdbook”. 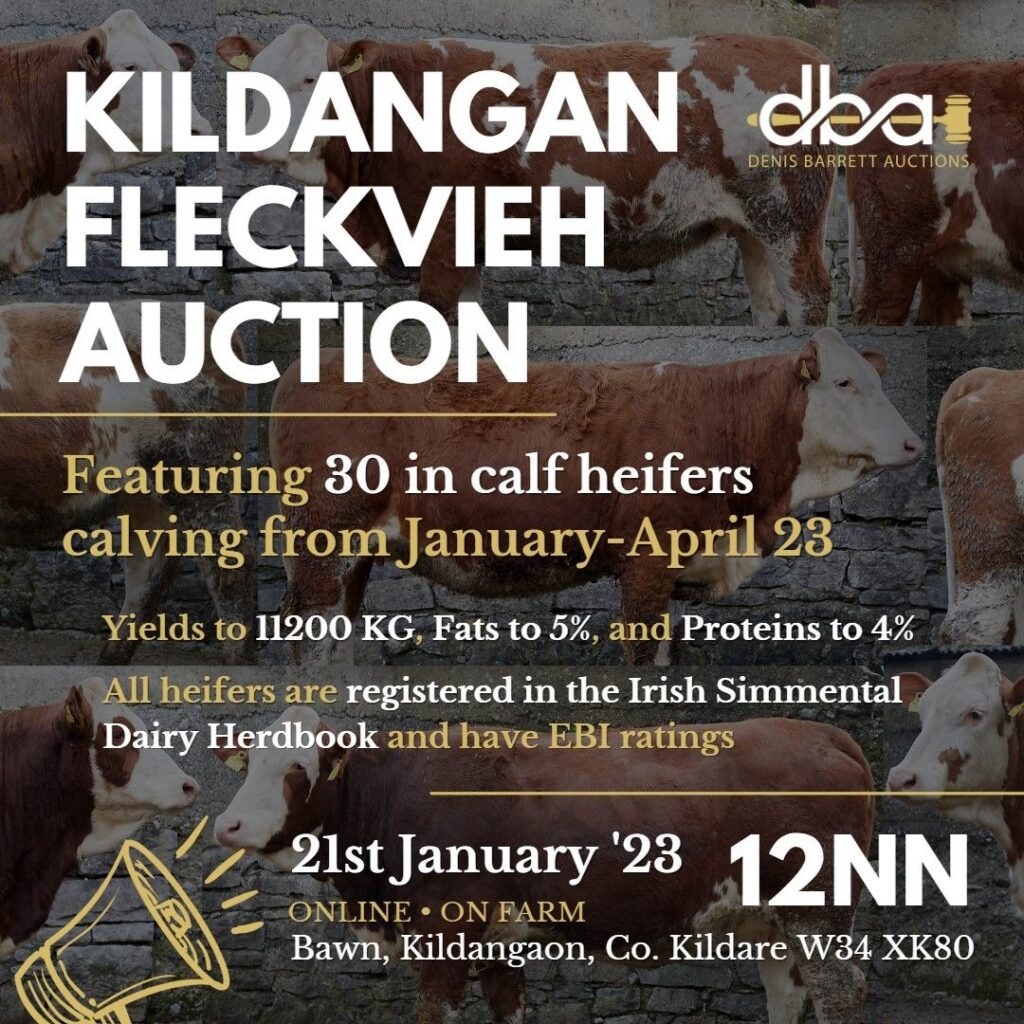 - Advertisement -
Previous article
Video: The AI Man Song
Next article
‘We expanded to 240 cows to improve the quality of life’