Australian Lowline cattle are proving to be a perfect fit for one Kerry couple’s low-cost grass-based 20-acre farm.

The breed, which is relatively new to Ireland, is renowned for its performance, functionality, high fertility, calving ease, feed efficiency and breeding longevity. 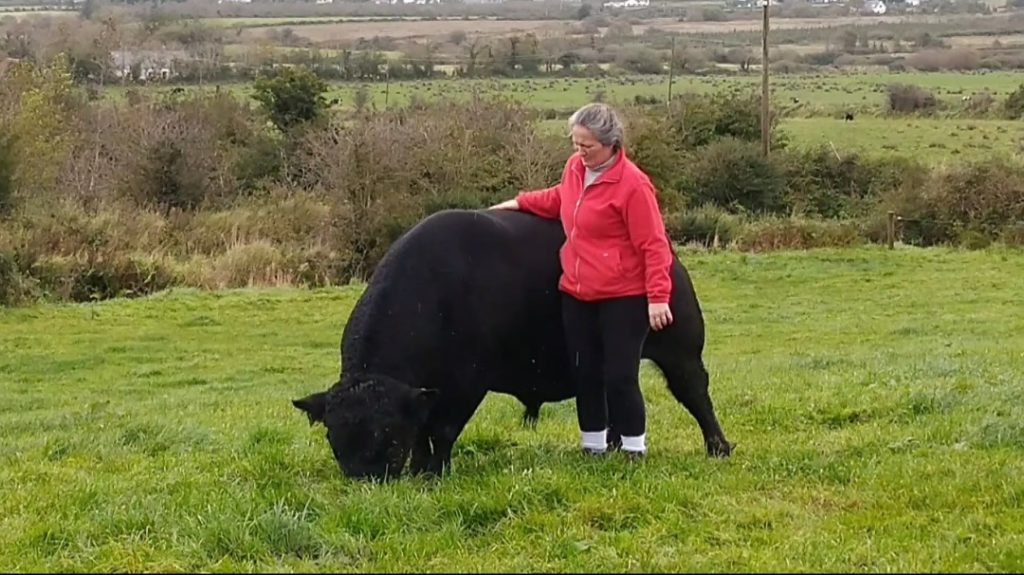 Lucie and John Walsh’s venture into the breed, developed in Australia from an Aberdeen Angus herd, was no easy feat.

It began when Lucie stumbled across a video of the breed on social media four over four years ago.

The Czech-Irish duo was keen to introduce the breed to their farm because of its versatility.

In 2017, they moved from commercial cattle farming into breeding pedigree Aberdeen Angus cattle and Australian Lowlines in most recent years.

Lucie told That’s Farming: “I saw a video on Australian Lowline Cattle from an English breeder, Wessex Lowline, which sparked our interest.”

“We began searching Ireland for breeders, unfortunately without success. The next step was to see how we could import them into Ireland.”

The following summer (mid-2018), Lucie contacted Wessex Lowline about the availability of cattle but had no success.

On August 18th, she discovered that one Australian Lowline bull, Wessex Angus, had been imported into Ireland from Wessex Lowlines.

“Two days later, I travelled to see the bull, and he was an absolutely beautiful animal. This made us even more determined to get a number of this breed.”

The farmer who had Wessex Angus used the bull to mate with his pedigree Aberdeen Angus cows.

She made an inquiry on a Facebook page about obtaining Australian Lowline semen. In doing so, Christine Hine from McIntosh Creek Lowlines in Australia reached out to the couple.

She informed them that she shipped Australian Lowline semen and embryos to a company in the United Kingdom.

“Christine made our dream come true, and we purchased a few embryos. By the end of December 2018, a storage tank with the embryos had arrived in Ireland.”

“Our journey with Australian Lowline cattle had started, as did our good friendship with Christine.”

In January 2019, the embryos were implanted into cross breed heifers by Richard Duff, and in March, pregnancy was confirmed in three dams.

“Time moved so fast, and on October 19th, the first of our full-blood Australian Lowline calves hit Irish soil.”

“We had two heifer calves and one bull calf. Overall, we were very excited and pleased with how they developed and grew.”

“We had a very busy year in 2019. and there was plenty of contact via email with the Department of Agriculture, Food and the Marine as they had a new breed in Ireland.”

In March 2020, the couple purchased Wessex Angus, the bull they first set sights on in 2018.

“He is 10-years-old now, and we love him. Hopefully, he will stay with us for a good few years if his legs let him.” 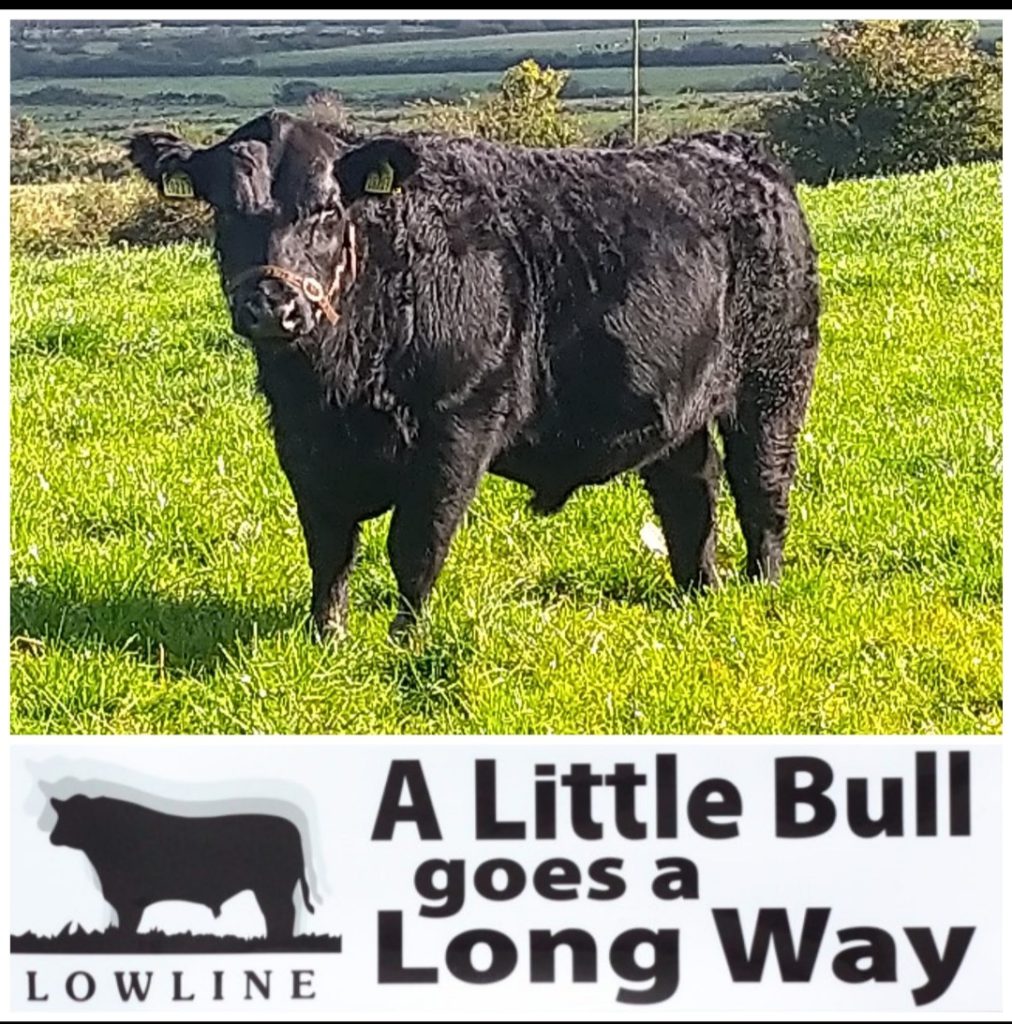 In July 2020, they contacted some AI companies in Ireland in relation to collecting semen from an Australian Lowline bull.

“The young bull has passed all tests, and Michael O’Neill from Bova bought him as their new AI sire, Boihéamach Quartus.”

“This is a great opportunity to promote the Breed in Ireland and also for our stud name, Boihéamach.”

“This is the Irish language word for Bohemian. Bohemian is also a name used to describe part of the Czech Republic.” 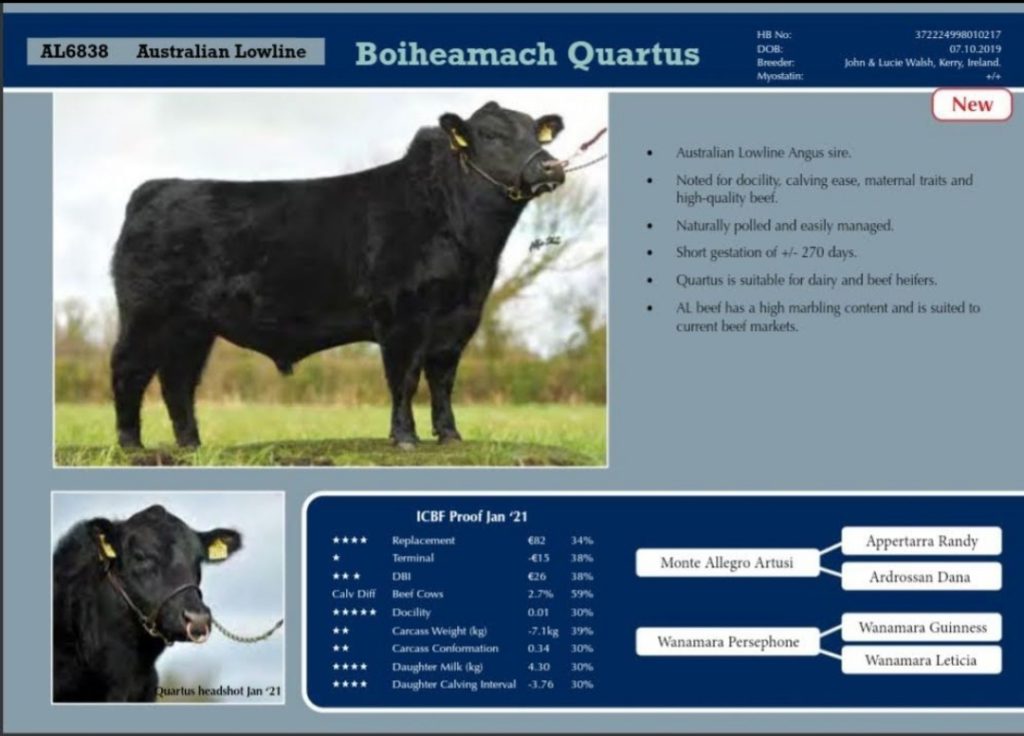 A second round of embryo transfer calves – two heifers and a non-related bull – were born this June.

“Our plan for the future is to expand our Australian Lowline herd as we just enjoy breeding them.”

“This breed is ideal for heavy ground with plenty of carcass on them. From carcass data of Wessex Angus and dairy cows, we can see that hanging weight is 250kg to 330kg, which is not bad at all.”

“We have already had a few inquiries about the availability of Australian Lowline heifers. Unfortunately, we do not have our own foundation herd built as yet, and this could take many years.”

“Having only 20-acres of land has limited the grazing space available to us. Also, we wish to continue breeding Aberdeen Angus.”

“We have a dilemma as to whether we reduce the number of Aberdeen Angus to concentrate on breeding the Australian Lowlines. Hopefully, we will not have to make that decision for a few years to come,” Lucie concluded.

To share your story, photos and/or videos with That’s Farming, email – [email protected]

- Advertisement -
Previous article
‘We asked why suckler farmers were singled out for a cap’
Next article
‘To me, the main aim of this scheme is to wean the suckler farmer out’