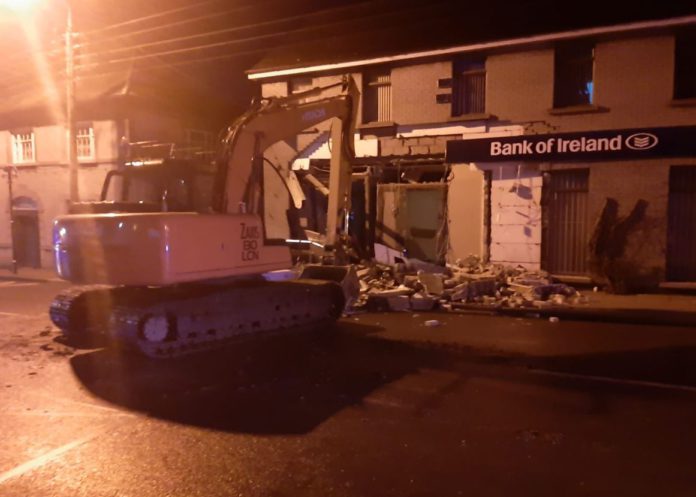 An investigation is underway following an attempted ATM theft in Co. Louth.

At approximately 4.30am this morning, Wednesday, January 15th, members of An Garda Síochána, attached to the Garda Armed Support Unit, intercepted the attempted theft.

“Members, who were patrolling the area at the time, managed to intercept the attempted theft and a pursuit ensued onto the N1, in which the culprits made their way over the border.” a Garda spokesperson explained in a statement.

The PSNI is assisting An Garda Síochána in their searches.

No injuries were reported and investigation ongoing, according to a statement from An Gardaí Síochána.

Gardaí in Ardee are appealing for information from members of the public who may have witnessed any irregular activity in the Ardee, Dunleer, Stabannon areas of Co. Louth between 4:00-5:00am this morning.
They are particularly keen to speak to anyone who may have witnessed a tractor pulling a low-loader and excavator in those areas at this time.
Gardaí would also like to speak to anyone who can assist in locating a white pick-up 4×4 that is believed to have been used in the incident. The vehicle drove towards the M1 motorway and is believed to have travelled towards Northern Ireland. This vehicle, a Garda spokesperson said, may have damage to the rear.
“A twin-axel flatbed trailer was recovered at the scene and Gardaí are attempting to locate its owner. Gardaí are appealing for any individual who may have a trailer stolen in the recent past but may not have reported it, to contact the Incident room in Ardee.”
Gardaí are appealing to any road users who may have camera footage of the incident to contact the incident room in Ardee on 041 687 11137, the Garda Confidential Line on 1800 666 111 or any Garda Station.
- Advertisement -

- Advertisement -
Previous articleQuiz: How much these cattle sell for at Tullow Mart?
Next articleGusts of up to 110km/h set to batter the country