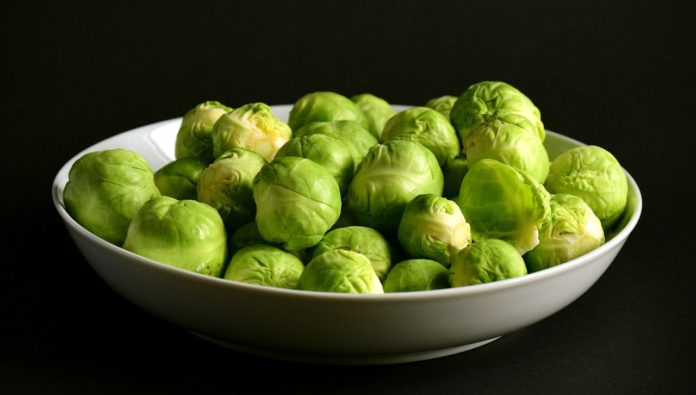 I have a yearly debate with my brother that Christmas traffic jams are needlessly caused by people rushing to town to buy Brussels sprouts.

He defends the humble sprout and feels that these little methane producers are an essential part of end of year festivities.

On the other hand, the sprout doesn’t overly tickle my tastebuds, and I rarely manage more than a modest helping of 3 or 4 tiny Belgian cabbages.

Last week, I chuckled when I spotted a professional-looking gentleman in the supermarket elbowing his way towards the tills with a solitary bag of sprouts. I marvelled at Sprout Man’s steely determination. I was mildly intrigued by his singular focus on what (in my opinion), was a trivial task, at best.

Later in the day, as I searched the top field during a gale for some redberry holly. I wondered at our yuletide habits and why we so rigidly stick to them.

Christmas is a time for reflection on the year gone by, and it is also a time for remembering. The end of the year brings up memories of people and times passed.

Memories of holidays shared with loved ones are often intermingled with our own unique customs and rituals.  Families have their own habits to mark this time of the year.

When we are deprived of our end of year rituals, as so many of us have been in 2020, it is almost as if we have been deprived of Christmas.

I know one family, (hunting enthusiasts), who eat their dinner at 11 in the morning and spend the entire afternoon shooting pheasants.  They travel from all corners to preserve their family ritual on Christmas Day…no matter what the weather.

Many of our festive customs and traditions involve the food we eat and the way we decorate our homes. Some are uniquely Irish and have survived for many centuries; some have been imported.

No house in Ireland is completely decorated without a fully lit Christmas tree. Yet, it is a relatively recent import to the country having been brought to us by wealthy British settlers in the 1840s.

In the past, the decorating of Irish homes would have relied on traditional common Irish evergreen plants, the Holly and the Ivy, which, of course, had the added attraction of having colourful berries. These would have been used in the making of wreaths which were hung on the front door and often on the doors of the cow byres and stables also.

It is still common for Irish families to seek out the nicest pieces of red berry holly for hanging on the Sacred Heart picture, for so long the focal point of an Irish farmhouse kitchen.

On Christmas Eve, farming children were often sent to remote areas of the farm to find the best sprigs of holly.  Of course, often the berries would have disappeared from the holly tree, particularly if a cold snap had put an extra edge on the hunger of the local birds.

I well remember planning ahead one November years ago. I gathered a plentiful supply of berried holly branches and stored them in the deep freezer. Furthermore, I was delighted to discover on Christmas Eve that the berries had held their lustre and I proudly hung a sprig on the sacred heart lamp.

Delight turned to dismay, however, as the thawed berries turned an unusually brown hue by St. Stephen’s Day. I can still picture my visiting uncle peering up at the lamp and roguishly enquiring as to where we had gotten the beautiful holly.

Centuries ago, traditional Irish Christmas fare would have been dominated by goose, spiced beef and boiled ham. We were slow to adopt the English tradition of roast Turkey, introduced in the 17th century but not embraced as the ‘go-to Christmas bird’ by the Irish until the 20th Century.

And what of the Brussels sprout? Popular since the 17th century on mainland Europe, we, as a nation, have recently embraced the little Brassica import.  And yet, it is very much a Christmas Veggie.

Three-quarters of our yearly consumption occurs around yearend. The sprout has long overtaken traditional Irish roots such as the parsnip, carrot and turnip as the staple yuletide veg (aside from the clear frontrunning spud, of course).

Its hardiness through winter frosts and ability to flourish in December partially explain its rise to prominence.

But the sprout continues to be the marmite of winter vegetables. It divides family and opinions. Advocates allude to its high Vitamin A and C contents, its favourable fibre content and link with colonic health.

Opponents wrinkle their noses and refer to its high sulphur percentage and associated wind warnings.

Which reminds me of the story of the couple who were on opposite sides of the Brussels sprouts divide sitting in church on New Year’s Eve. The woman having been over-indulging on the sprouts found herself relieving a stomach cramp with the release of some gas.

Shocked at the intensity of the escaping fumes, she whispered to her husband that she had just “left off a silent one”.  She implored of him as to what she should do.

His years of dislike of her beloved sprout obsession and the fumes circulating round the pew contributed to his rather curt reply: “Well, you’d better start by getting your ears checked”.

At this time of peace and goodwill, I have decided to leave sleeping dogs lie. I think of that man rushing to the tills and am willing to concede that he is entitled to his end of year sprout feast.

Like the family who meet to go shooting on Christmas Day, maybe it is also Sprout Man’s family tradition to fire off a volley of yuletide shots.

Here’s hoping you all had a peaceful Christmas (if not completely silent), and best wishes for a Happy New Year.