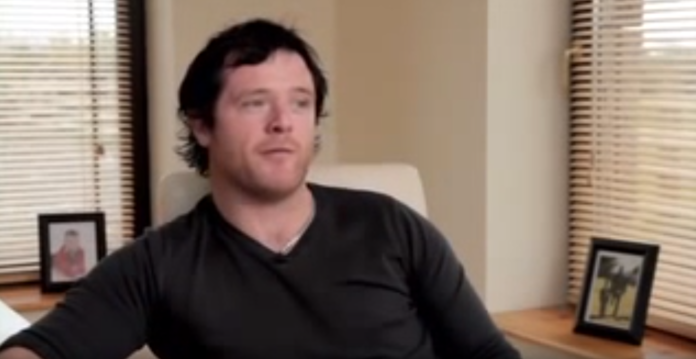 WATCH: ‘My toes were gone in seconds’ – farm accident survivor

Martin Hopkins is an agricultural contractor and Anthony Flanagan was working for him, driving a combine harvester.

During the last day of the combine season, there were three or four-acres of corn to cut before it started raining.

It did start to rain, and the corn ears got stuck inside the combine, so Anthony decided to clear it out.

As he got into the tank, he stood on a guard to reach the grain and clear the corn away with his hands.

This method was working fine until tragedy struck and Anthony lost his balance. His toe got caught in the machine as the engine was still running.

“My toes were gone in a matter of seconds,” said Anthony who managed to lift himself up through a hatch using his elbows.

Unfortunately, the other leg was simply torn away, and it got taken into the machine.

A colleague found him and raised the alarm. When Martin arrived at the scene, he had never witnessed such a sight before.

“It was just like something that you’d see in a bad movie,” said Martin, commenting on the shock he got upon seeing Anthony, “I was sure he was going to die,” he added.

Anthony feels that many young drivers do not get adequate safety training before driving big machines such as a harvester.

“When you get out, just turn it off, with machines, when you’re in the cab, you’re ok. It’s on the ground that it’s not safe” said Martin.

“Just think twice about what you’re going to do,” he urged, keen to stress the importance of farm machine safety.

Anthony would clear out the corn the same way, numerous times a day, without any regard for the danger he was putting himself in.

“Just turn it off, if you respect it, it will respect you,” he concluded.

- Advertisement -
Previous article
Would you like to join That’s Farming?
Next article
VIDEO: Cutting grass the ‘fancy way’