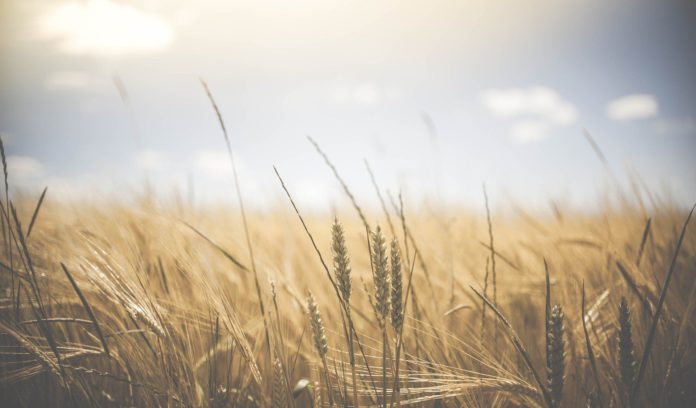 From Dublin to managing a 750ha farm in the UK

Andy Mahon, from Dublin, is a farm manager on the 750ha Bromborough Estate Farm in North Bedfordshire.

He left Dublin after he finished school and ventured to the UK, where he completed a degree in agriculture with crop management.

“I spent a couple of years travelling overseas during winter and working back over here in summer times. I fell in with the farm management company called Velcourt; they took me on as a trainee manager and, the rest is history.” Andy Mahon told Michael Hennessy on the Teagasc Tillage Edge podcast.

He left Velcourt when the farm he was managing was sold and joined another family farm, where he has remained for thirteen years.

There is also 25ha in environmental schemes, 50ha of woodland, 30ha of permanent pasture and 80ha of solar panels, which he feels is possibly the best paying investment on the farm.

“We have got quite a bit going on around, in terms of staff, it is me full-time as farm manager. I have another chap, Paul, who comes and helps me in the middle of March; he will be with me through until June.”

“He has got his little holding in Devon, so he goes back there to do the haymaking and stuff. He comes back up for harvest at the beginning of July and stays with me right through to probably the end of November usually. Then I am on my own again for three or four months through the winter.”

660ha of the farm Andy manages is owned, with 150ha rented from a neighbour.

“That sort of hides a story, I suppose, as most of that rain fell in six months. The rainfall tends to be hard and fast rather than gentle rain throughout the season. We tend to get very long and dry periods at the moment, six weeks of dry weather and six weeks of wet weather.”

“That is dry yields. We have got a fairly big combine, so we can take advantage and motor through it if we can a fairly decent spell of weather.”

Poor harvest – Yields dropped by over 50%

Andy began managing this farm in 2008, and in 2012, they had a poor harvest due to inclement weather conditions. There was a break in September, and then it started to rain the following month again.

“Our yields were down over 50%; it was a terrible year. We got the combine stuck; it was horrendous.”

“I remember sitting down that winter, and we had very little drilled in the ground going into the 2013 harvest and, I thought I cannot carry on like this. It is not sustainable. I spent a lot of that winter researching and thought we have to get a bit timelier and make ourselves a bit more resilient to the weather.”

“I started looking at no-till, and that was in 2013. I took my time, did a bit of research on it, spoke to people everywhere, a couple of guys in France as well, which were very influential. We took it step by step, and the first step was to buy a strip-till.”

“So, we bought a Missouri drill; that went well, but the problem with it was we had a bad blackgrass, and if you move that amount of soil at drilling, it will not help that issue.”

Due to the blackgrass issue and a desire to move further with soil health, they brought a 5-meter cross-slot drill.

Andy believes they have managed the transition from cultivations to no-till very well, with no drop-off in performance.

The cross slot worked well for the farm; then, a series of events happened two years ago.
A partner of the farm was bought out, and Andy’s workman at the time handed his work notice in. It was just Andy and Paul at this point.

“I thought we needed to change because the cross slot was a great drill, but it took a lot of horsepower to pull it and, there were limitations of the system. I ended up having a big review. We decided not to replace the full-time guy and, we have dropped back to two 220 horsepower tractors.”

“I have got a 6-meter horizon disk drill and an 8-meter Horsch tine drill that I bought second-hand. I sold the self-propelled sprayer and moved to a trailed sprayer.”

“So, we have simplified our system. We have a 6-meter carried which gets used occasionally, the two drills, the sprayer, a fertiliser spreader, and a set of rolls.”

Andy felt they could lower their production cost with an eye on CAP reform/Brexit; he feels it is as low as it can be now.

“Establishing a crop, we are probably using about three litres of diesel a hectare. I do not think I can get much lower than that, to be honest. I do not chase yields too much. I use the environmental scheme we have here very carefully to take poor areas out of production.”

“We have a lot of drilling capacity with both drills. We do not tend to run both drills together as it gets a bit much with just two of us here. So, we tend to run on a drill.”

Comparison to other farms in the area

Andy feels he is an early adapter in his area, as he does not plough the land.

“It is a massive change in mindset. You have to be very patient. In the spring, when I see my neighbours starting to drill, I know that I need to be about a week behind them to let the soil warm up a little bit. It takes a bit more thinking about, a bit more management, perhaps.”

Andy reports he was one of the first to start growing spring crops in his area and feels this system is more resilient to weather.

“The biggest problem I have in the spring is to try and find the tram lines again; you have to see it to believe it sometimes.”

“Spring wheat has done all right for me. Last year it did very well for us. It is a combination of things getting on top of blackgrass. The low disturbance defiantly makes a big impact. I do not cultivate to get that flash of light into it for germination.”

“No-till is great. I think on heavy land, but I still think drainage is so important. You have to look after it, particularly on clay.” Andy Mahon concluded.

- Advertisement -
Previous article
Livestock auctioneers can sell cattle from the comfort of their home
Next article
VIDEO: €200,000 sought for 5-bed house on 60-acres