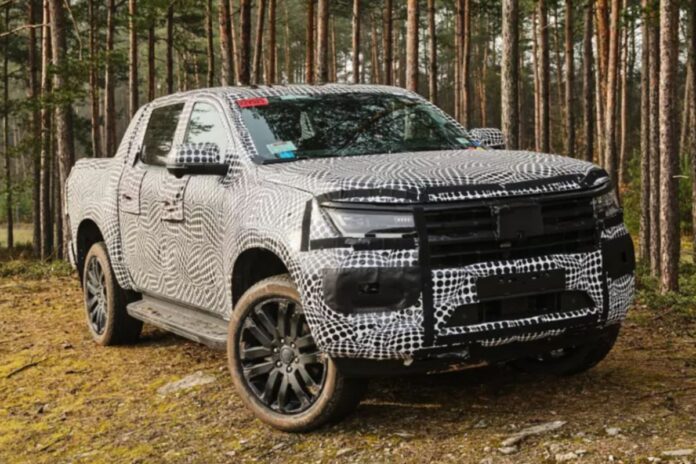 Volkswagen Commercial Vehicles’ new Amarok pick-up is “out and about” across Europe in a disguised model.

With 830,000 units of the Amarok sold to date in Europe, South America, South Africa, and Oceania, the company says it is “further developing the strengths” of its successful premium pick-up in its new generation.

Features of its new “powerful and chiasmatic” machine – which has new designs and new technology – include:

According to the company, the vehicle will be capable of, even more, both on and off-road, than previous models.

It is of the view the Amarok will “once again” take its place at the top of the pick-up B segment.

It boasts “excellent” specifications, a “greatly expanded” array of driver-assist features and a “much larger” range of drive systems than its predecessor.

The new Amarok will launch at the end of 2022 in the first few countries with double cab and four doors (double-cab) and some individual markets with a two-door single cab (single-cab).