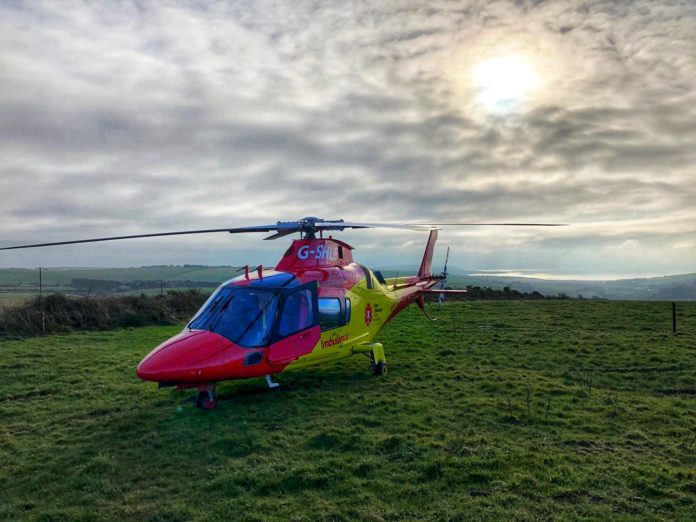 Air ambulance which responds to farm accidents to be ‘grounded indefinitely’

Ireland’s first charitably-funded, air ambulance, is to be grounded indefinitely from the April 3rd, 2020, due to lack of funds.

The service, which is operated by Irish Community Rapid Response (ICRR), staffed by National Ambulance Service medical personnel, has flown over 351 missions in just under eight months since it began operating its helicopter emergency medical service.

Lives will be lost

Operations manager for the charity, Ruth Bruton said: “We are incredibly upset that lives will be lost due to the grounding of this service at this time – especially given how vital frontline medical support is during the COVID-19 pandemic and how incredibly successful the service has been to date.”

The charity said it had already implemented “harsh cost-cutting measures” in an effort to continue which included the laying off of non-essential staff, cutting hours of current staff and the already introduced five-day operational week.

“Our sincere thanks to the people of Ireland who supported this service and kept it flying for the last 8 months – You have all been part of a community that has saved hundreds of lives and impacted many, many families.”

“We could not have gotten off the ground without every single person who donated money, gave their time to fundraise or share our mission” Bruton added.

All fundraising avenues have been extinguished due to the COVID-19 pandemic.

As a last resort, ICRR stated it immediately sought interim support from Government, however, it has to receive correspondence to keep this vital frontline service flying.

“The board at ICRR are distraught at having to cease operations and withdraw this frontline service during the current crisis.” the statement concluded.