That's FarmingThat\'s Farming Irelands Largest Farming News, Properties and Classifieds Network
HomeBeef'My sisters and I were brought up equally, in terms of work... 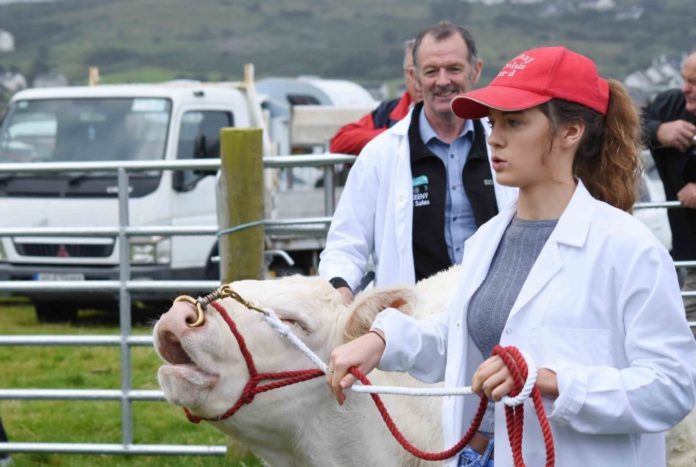 As part of this week’s Women in Ag segment, That’s Farming speaks to Áine McColgan on how farming has influenced her life, educational choices, and future career prospects.

Áine McColgan is a bright new presence on social media, but her involvement in Irish farming is no recent occurrence.

Hailing from Malin, Co. Donegal, she is surrounded by a diverse farming set-up.

The whole McColgan family are involved in farm life in Donegal. Áine is the youngest of five who share in the tradition passed on by generations before them.

“I am the youngest of five children, with two brothers Tony and Declan and two sisters Mary and Megan. We keep around 40 purebred Charolais cows and sell around 15 pedigree Charolais bulls every year, some at sales and also at home to returning customers. We also keep around 100 crossbred sheep.” Áine McColgan tells That’s Farming.

“We farm 150-acres, 125 of which is owned. My father was passed down the farm from his father, which had been passed down from generations before that. My father has been full-time farming since he was 15-years-old.”

“He bought his first Charolais cow in the early 1980s and has expanded the herd since. My father Anthony and my oldest brother, Tony, have taught me everything I know.” she explains.

Although her own flock may be small, it was Áine’s father who bought her first ewes.

“My father got me a Zwartbles ewe from a parish auction four or five years ago. I have expanded my flock in recent years to five ewes, all that are due to lamb in the coming weeks.”

“I have always known the farm to be my happy place, whether I was shovelling manure or lambing ewes. I think it will always be the place that will keep me sane”, she jests. 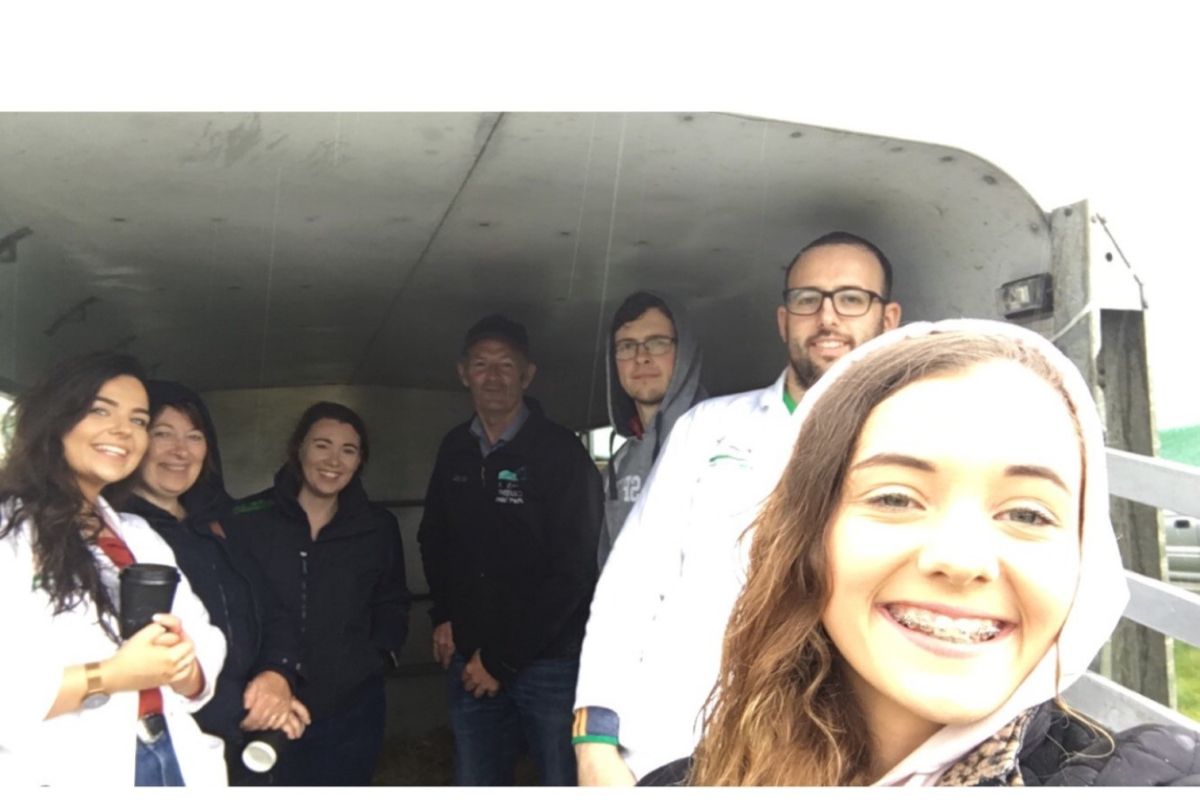 Finding some entertainment on popular video platform, TikTok, Áine has over 73,000 likes. Relatedly, videos and technology have become an outlet for keeping in touch with family during the pandemic.

“I have been kept going by the farm over this lockdown. Because I cannot see any of my friends, my cousin and I, Caitlín, have been sending videos of us farming back and forth to each other and, it keeps us occupied and entertained, to say the least”, she says.

Interestingly, the farm has seen evolvement in choice of breed and age of calving down over the years.

“Grandad had farmed purebred Aberdeen Angus, so purebred runs in the blood. We used to calf the heifers at three years down to an easy calving Charolais sire.”

“In recent years, we have been calving heifers at two-and-a-half years to a Salers sire, which is also easy calving but would be more sustainable for the farm, as you are getting an extra calf and good quality calves for beef,” she explains.

As mentioned, all the McColgans have an involvement on the family farm, especially during show season. It was by chance that Áine became involved in showing.

“Showing cattle would be something I have only recently gotten into, mostly because my father had got hit in the ribs by a heifer coming up to a show a couple of years ago – so all hands had to be on deck from then on.”

“Shows are very enjoyable because training  cattle you feel like you make a bond with them and it is a chance to show off your stock.” 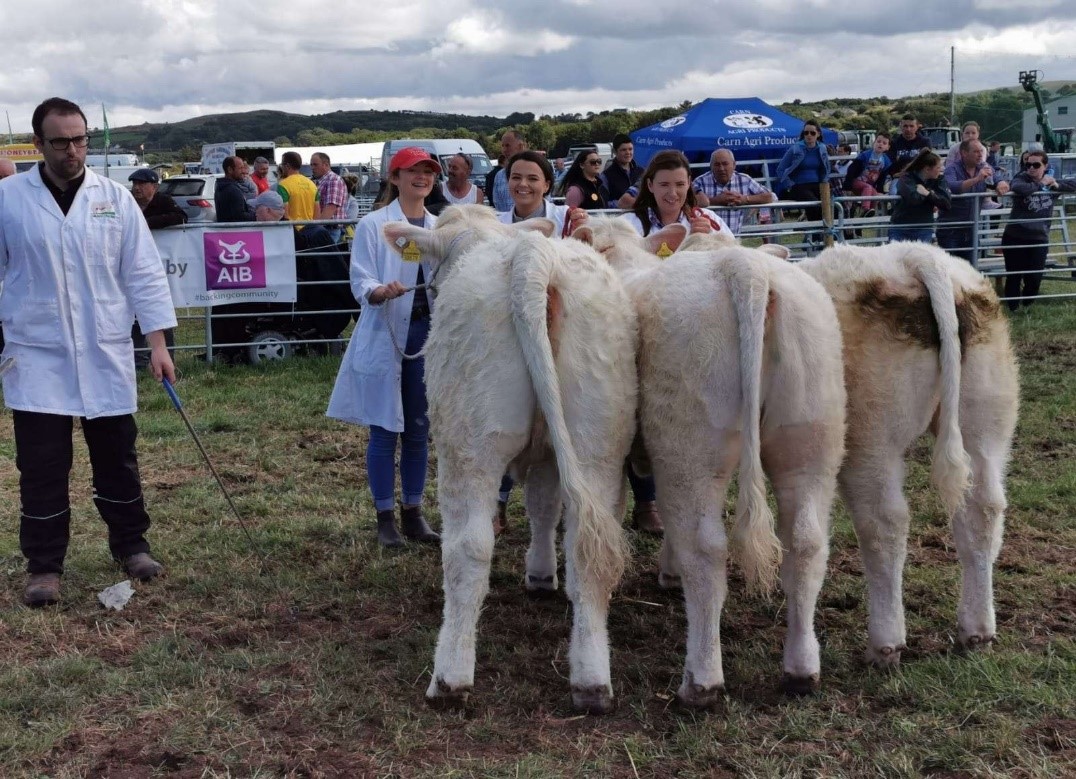 During the spring season, camera technologies has become a vital tool for monitoring calving and lambing stock.

The Donegal native has a light-hearted nature to the way she explains the busiest time of year for the farm.

“At lambing time, we would usually have the sheep in the calving pens where the camera is already installed but seeing as we have still have cows calving, we have converted our middle-slatted shed to sheep pens.”

“As this shed is slatted, we have decided to cover the slats with straw but roll it out flat so that the straw does not fall into the slurry tank. We then installed another camera to keep an eye on the ‘gals’ who are thinking of lambing!”, she laughs.

As someone balancing school and farming amid the pandemic, she has an air of positivity and a clear future plan.

“I am a Leaving Cert student and I have a keen interest in the agricultural sector. I have loved animals since a very young age and hope to pursue a career in veterinary.”

Amidst the predicament of exams and predicted grades, she is doubly busy but spoke to That’s Farming about her ideas. For twelve months, her agricultural science project has compared the weight gain of two calf breeds: a Salers-cross-Charolais calf and a pedigree Charolais calf, both fed the same diet.

“I do my best work in project work, so the situation with predicted grades is not really ideal. Although, I am happy they have chosen predicted grades and given the option of the exam, but at the minute, they are not including a lot of the projects.”

Frustratingly, a considerable amount of time and effort has been put in by Leaving Cert students all around the country. 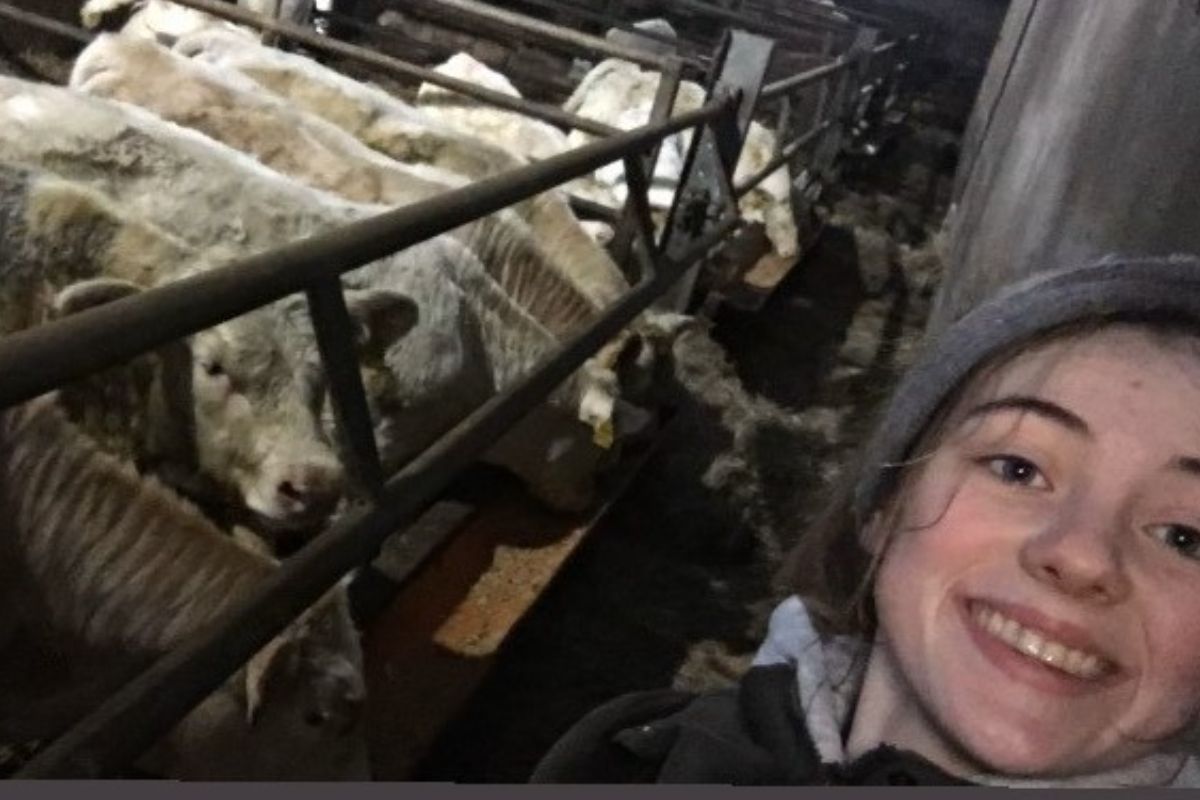 Undertaking veterinary work experience at her local practice in Carndonagh during Transition Year opened a new door for the youngster.

“This was the point I knew veterinary was what I wanted to do for the rest of my life. Once coming out of TY, Ag Science was the thing that made me excited to go into school. I would not be that fond of school, but I know it is something I need to do to get to where I want to be”, she enthuses.

The 18-year old is setting her sights on veterinary nursing at Letterkenny Institute of Technology (LYIT). Regrettably, she would love to go straight into veterinary medicine; however, Ireland currently offers limited spaces – at extremely high points.

McColgan believes in the calming influence of animals as well as the hard work involved with keeping them.

“My sisters and I were brought up equally, in terms of work on the farm. I have no doubt that the outlook that women are not as capable as men will continue to change in the coming years.”

“My mother is also involved in the farm, coming from a farming background herself. She agriculture in Cork, which adds to the woman power in this house!”, she adds.

Conclusively, Áine looks at the highlights of this time of year for herself and farmers alike.

“Spring has to be my favourite time of year on the farm, you have to smile if you see a wee lamb or calf sporting through a nice green field. The stretch in the evenings adds good vibes.”

Adding words beyond her years, Áine is full of positivity and encouragement during the lockdown.

“I don’t think a lot of farmers understand how lucky they are to be able to go out to their stock every day during this pandemic. I feel so sorry for the people stuck in cities that are not allowed to go outside their apartment.”

“I know farming can be tough but at least it gives you something to push yourself to go get fresh air, something to keep your mind occupied”, Áine McColgan concludes.

- Advertisement -
Previous article
How this 100-cow suckler farmer established his own AI company
Next article
VIDEO: Covid-19 has ‘destroyed my business, income, and livelihood’ – Kilkenny