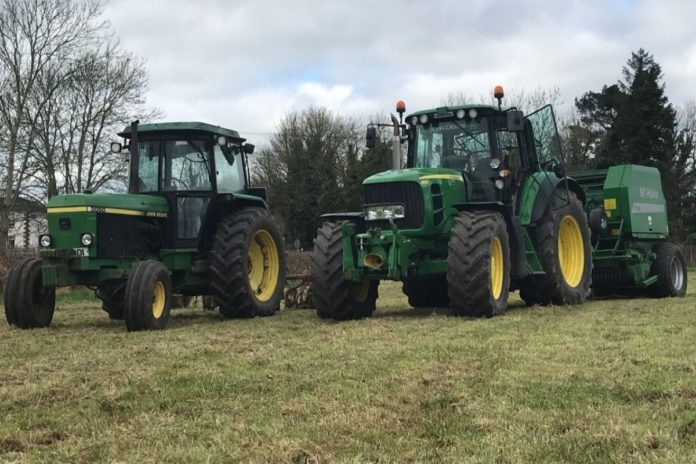 Disruptions to global supply chains continue to impact on the numbers of agricultural tractors being registered in Ireland.

That is according to the FTMTA, which has reported that “strong” demand remains for new tractors on the Irish markets.

According to its latest statistical release – which it published today (Friday, September 9th, 2022), the August 2022 new tractor market at 151 units was 15% lower compared with the same month last month.

It says that County Cork continues to deliver the highest number of new tractor registrations at 260 units for the year-to-date, while Tipperary is second with 148 units, followed by Wexford at 124 units.

The most popular power band, it reported, has moved to the 141 to 160hp category, which for the year-to-date now accounts for 20.82% of all new tractor registrations.

Meanwhile, tractors in the power band lower than 100hp now account for 10.32% of all new tractor registrations.

The over 200hp category now accounts for 9.62% of registrations.

The FTMTA Statistics Service data shows that 220 imported used tractors were first-time registered in Ireland in August 2022, an 11% hike compared with August 2021.

The FTMTA Statistics Service Reports are compiled from monthly raw data received from the Irish Revenue Commissioners, who are responsible for all first-time registrations of new and used vehicles in Ireland.

“The DAFM’s new guidelines have the potential to allow for slurry spreading on farms at dates later than the new earlier closing deadlines of October 8th, 2022, and October 11st, 2023.”

That is according to the Association of Farm & Forestry Contractors in Ireland (FCI), which is in favour of the new DAFM slurry spreading extension guidelines, which are to be based on the Moorepark St. Gilles Grass Growth Model.

- Advertisement -
Previous article
‘As well as keeping the lights on, we have to make sure people can afford the power coming through’
Next article
2-bed cottage in need of ‘imagination and investment’ for €89,000