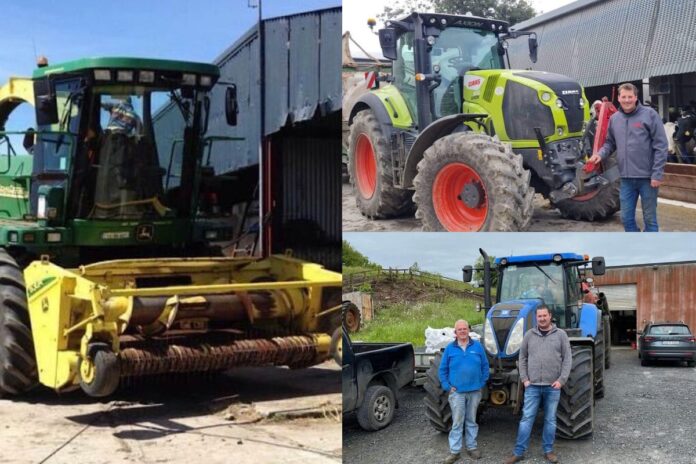 5 of our most popular ag contractors in 2022

In this article, That’s Farming previews some of our most popular Ag Contractor features in 2022.

There is never a dull moment for Cathal Moran, who handles over 6,000 livestock at any given time and runs an agricultural contracting business.

In 1997, his brother established John Moran Agri Contractor with silage and slurry spreading services when a local contractor he worked for, for seven silage seasons retired.

John invested in various pieces of equipment and, in his first year, cut 1,100-acres of single-chop silage.

In July 1999, he passed away, and in August 1999, his brother, Cathal, established his own company and continued the business. Outside of his work at P&D Lydon, Cathal held an operator position in his brother’s business.

Read more on this profile.

In 1989, the Carrigallen, County Leitrim laid the firm’s foundation by investing in a KRONE KR130B round baler and a Massey Ferguson 699 tractor.

In the first year, he baled 3,000-4,000 silage bales – after noticing an opening in the market for this service.

“Machinery and cattle were my main interests growing up. I am machinery mad. I did three years in secondary school,” William Bennett told That’s Farming.

“Then, I did bits and pieces of work for neighbours, relations, uncles, and family members.”

“I decided to buy a round baler and go at agricultural contracting, which I did.”

The Gaffey brothers from Moate, County Westmeath, not only work as agricultural contractors but sell silage bales to clients from 150-acres they rent.

The firm progressed in later years to offer a square baling service, and then when another brother, Kieran, who passed away, joined them, they ventured into round bale silage and built up the business.

During the 1990s, the business registered as a limited company but did carry out work fifteen years before this date.

“To be honest, I never worked with agricultural contractors until I started myself.”

Those are the words of Graeme Martin, who established his own firm eight years ago with a Renault 710rz Ares tractor, a Major 1,900-gallon slurry tanker and an Abbey AP900 spreader.

Following this, in year two, he established a silage wagon service, an umbilical slurry spreading service, and in year three invested in a second silage wagon to keep up with customer demand.

“I always had an interest in tractors and machinery. But, unfortunately, there was never much machinery at home,” Martin, a 2010 CAFRE graduate with an HND in agriculture, told That’s Farming

Agriculture is a family tradition, with his father, Nigel, and brother, Ian, owning a farm with more than 100 pedigree Holstein dairy cows and circa 50,000 laying chickens.

Read more on this article.

Read their article in full.

- Advertisement -
Previous article
LSL Auctions: Over 250,000 app installs and over 6.1 million bids
Next article
Quiz: How much did these cattle sell for at Carrick Winter Fair?