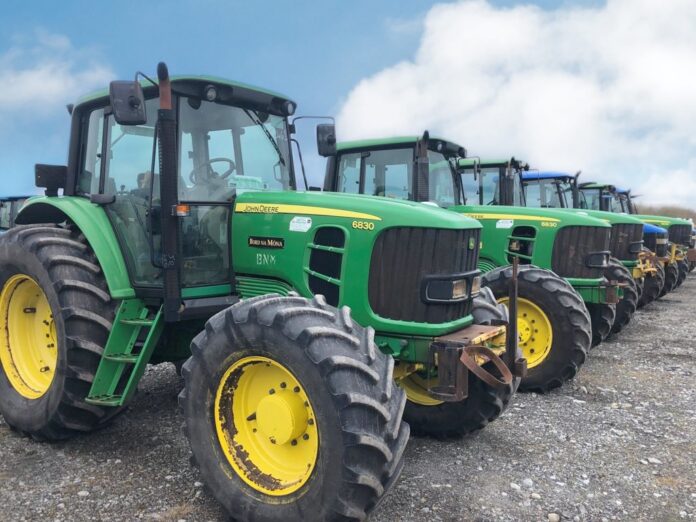 ‘Filling a 300L capacity diesel tank will have increased to €450’

According to the latest analysis from the FCI, agri-diesel prices have increased by 100% since January 2022.

The association has been tracking agri-diesel prices with its members weekly since March 2022.

According to the association, they are averaging at €1.50 per litre, including VAT.

This €0.25/L hike since the end of April is a 20%+ increase in overall fuel costs since the start of the silage season.

In a statement on Wednesday, June 15th, 2022, a spokesperson for the association said:

“This means that the daily cost of filling a 300-litre capacity diesel tank for a contractor’s tractor will have increased from €225 in January 2022 to €450 at the start of June.”

“The increases in the costs of agri-diesel have been more significant than road diesel cost increases. The bus and road haulage sector has also benefited from fuel rebate subsidies.”

The spokesperson stated that no other sector of the Irish economy has experienced such high levels of fuel cost inflation as by farm and forestry contractors.

“The benefits of lowering of excise duty on agri-diesel have been insignificant for farm & forestry contractors only to be obliterated within days by the carbon tax increases at the start of May 2022.”

According to the group, the costs of agri-diesel inflation has doubled the annual fuel costs for the farm & forestry contractor sector from €260 million to €525 million.

It has made this claim on the latest fuel price increases, based on an annual national consumption level of 350 million litres.

The spokesperson continued: “This agri-diesel cost crisis is now a national emergency not just for the farm & forestry contractor sector, where it is threatening its very future.”

“This agri-diesel cost crisis is also threatening the future of Ireland’s €14.5 billion agri-food exporting sector that depends on farm & forestry contractors to provide the core farm mechanisation needs on 90% of Irish farms,” the spokesperson concluded.

- Advertisement -
Previous article
‘Baling charges can now be as high as €20/bale’ – FCI
Next article
‘Guide’ rates of up to €25 to bale, wrap, stack and move silage