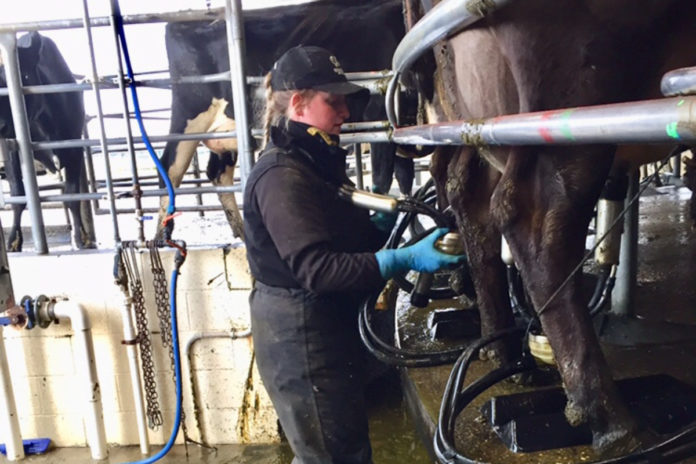 In this article, a spokesperson for the University of the Potomac lists the top six most commonly produced ag commodities worldwide.

In the last two decades, the production of crops worldwide increased by over 53%, reaching a record high of 9.8 billion tons in 2020.

While a plethora of agricultural commodities are produced worldwide, in 2019, only four crops account for half of the world’s agricultural production.

Now, let us explore the top 6 agricultural products that are most commonly cultivated in countries around the world.

Milk is one of the most commonly cultivated agricultural commodities in the world.

Today, 37 countries have cow milk as their top agricultural product. Germany is one of the biggest milk producers, with over 33 million tons of milk produced every year. In monetary terms, this adds to 12.9 billion US dollars.

New Zealand is another big cow milk producer. It produces 21.9 million tons of milk every year, reaching a market value of $7.8 billion.

While sugarcane originated in South and Southeast Asia, today, it is commonly used in various regions worldwide. 37 countries account for sugar cane as their top production crop.

Alongside, in 2020 Mexico produced over 53.9 million tons of sugarcane, accounting for $2.4 billion in trade.

Corn is the most produced cereal globally, with over 1.1 billion tons produced in 2020. What led corn to become a widely cultivated crop is its easiness of cultivation, drying, storing, and transport.

Though it was first cultivated in Central America and Mexico, today, corn is grown in all continents, excluding Antarctica.

In 2020, over 165 countries produced corn, with 16 listing corn as their most cultivated harvest.

The United States is currently the top producer of corn, with over 360 million tons produced, holding a market value of $52.4 billion.

Together, these three countries produced about two-thirds of the world’s corn.

Ukraine, another big player in corn production, cultivated over 30.2 million tons, valued at $5.2 billion in trade.

Its neighbour Russia lists corn as their most produced agricultural product, with 13.8 million tons produced in 2020.

However, the Russian invasion of Ukraine in February put a halt to agriculture in Ukraine.

At the same time, countries around the world are shutting off trade with Russia. This disruption made the price of corn jump by 19.1% in March 2022 compared to the previous month.

Since it was first domesticated in 9,600 BC, wheat has played a key role in food and nutritional security worldwide.

Today, after corn, wheat is the most produced agricultural product globally, with over 760.9 million tons of wheat cultivated in 2020.

Its favourable cultivating conditions allowed wheat to become a crash crop for countries in every direction.

In 2020, wheat was grown by 126 countries worldwide. 13 of them had wheat as their most produced crop, including Russia, France, and Canada.

At the same time, its neighbour Ukraine is the 8th largest producer globally, with 24.9 million tons of wheat cultivated.

Together, they account for about 30% of the global wheat trade, making the region one of the major breadbasket regions.

Because of the region’s significance in wheat production, experts predict the ongoing Russia-Ukraine war will create a shortage of wheat supply in the following months.

The impacts are already present, with wheat prices spiking to 19.7% in March 2022, compared to a month earlier.

Since wheat is an essential raw material for the processed food industry, the increase can cause a ripple effect on prices for various foods.

About 13,500 years ago, the Chinese domesticated the first strains of rice. Since then, rice has become a staple food responsible for feeding half of the world’s population.

It is cultivated in over 110 countries across the globe which in 2020 reached a total production of 756.7 million tons.

Asia produces 89% of the world’s rice, China being the world’s largest producer of rice with a 211.8 million tons harvest in 2020. India comes as the second-largest rice producer, with 178.3 million tons.

Did you know that potatoes were first domesticated in the Andes region? They were brought to Europe by Spanish explorers, and from there, the cultivation of potatoes spread worldwide.

Today, South American countries produce only 5% of the world’s potatoes.

At the same time, Europe supplied a little less than one-third of the world’s potato production, from which Russia (19.6 million tons) and Ukraine (20.8 million tons) top the list.

The United States ranks as the fifth-largest producer, with a yield of 18.7 million tons of potatoes.

Since Russia and Ukraine alone account for one-tenth of the world’s potato production, the Russian invasion of Ukraine surged the market price for potatoes and other staple foods such as pasta, bread, and sunflower oil.

Experts predict the potato price will increase up to 30%. This automatically increases the price of many processed foods, including everybody’s favourite potato chips.

- Advertisement -
Previous article
Diary: Less money and less waste with a growing flock
Next article
Cattle to €1,120 over and ewes to 238/hd at Blessington