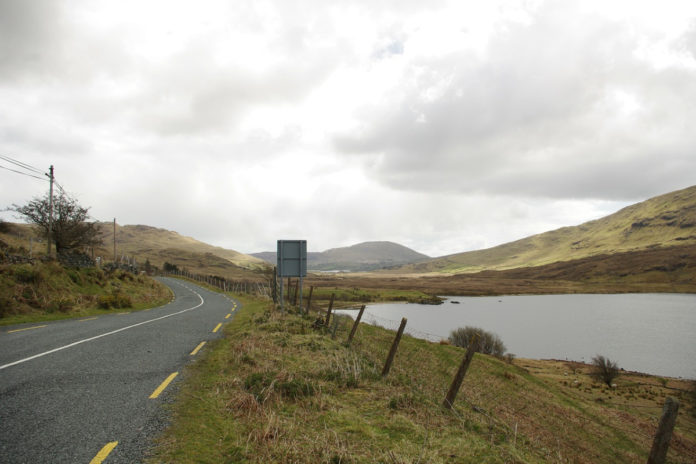 It is a busy time of year on the farm of Tomás O’Toole, which is located in the scenic village of Moyard, 10 kilometres outside Clifden, Co. Galway, writes Joanne Masterson, Teagasc B & T Drystock Adviser, Galway/Clare.

The calving season has finished, and the majority of lambing now also completed. He runs both hill and lowland sheep enterprises alongside a suckler herd selling followers as weanlings.

The farm consists of 40 hectares of green ground, 13 hectares of enclosed hill and 29 Ha of commonage.

The lowland flock consists of 90 Suffolk-cross ewes and mules, which they have finished lambing over the last number of weeks. The focus has now switched to the hill flock, which consists of 70 Black Face Mountain and Lanark ewes.

This is the first year that the Galway man has split the ewes into two separate flocks. Previously both hill and lowland flocks would lamb at the same time.

This change has come about from joining the Teagasc BETTER Farm Sheep Programme, which supports the adoption of a number of key areas such as grassland management, breeding and production methods which are implemented into a plan for the farm.

Splitting the flock will result in better utilisation of the commonage and hill ground on the farm for the hill flock while keeping green ground available near the home block for the lowland flock.

With the programme, Tomás now records data such as weight and condition score of ewes at breeding, recording weights of lambs at birth and again at weaning. This data helps see how ewes are performing and to gather information on lambs that are produced on the farm.

A common characteristic of farmers selected to participate in the programme is that they are enthusiastic about the development of their sheep enterprise and open to change, in order to achieve better financial returns and labour efficiency for the farm.

Tomás is an ideal candidate for the programme as he is a young farmer with lots of new ideas and enthusiasm to further improve the farm.

He has always had an interest in farming from a very young age, and was always out and about with his father, Patsy, helping out on the farm.

The young farmer studied Equine Science in Whittle University College. This interest in horses is still there today, with the family keeping Connemara ponies on the farm.

Having spent some time in the U.K., Tomás moved back home fulltime in 2014 with his wife, Shemeem, and two children, Keris-Mae and Toby. Since moving home, he has wanted to drive the farm on even more and make some key investments to further improve the farm.

Currently farming full time, the aim for the farm from early on was to invest and improve the farm in a number of areas. Fortunately, he had an excellent base and farm to take over, with a slatted house and 4 bay sheep shed already in place.

These sheds were updated with new barriers and a sheep race, which has helped with labour efficiency on the farm.

In recent years, Tomás also applied for the TAMS Young Farmer Capital Investment Scheme, which has enabled him to improve sheep fencing on the farm, as well as update sheep and cattle handling facilities.

A key area of the BETTER Farm programme is to utilise as much grass as possible on the farm. Previously, the Connemara farmers would have focused on improving grassland management on the farm. This included taking soil samples to find out if soil fertility needed improving.

A liming programme was then implemented on some areas of the farm in order to improve soil pH. The plan is to take new soil samples later this year in order to see if these practices have helped improve soil fertility.

They have introduced grass measuring using a plate meter, which measures grass growth in each paddock on the farm. This information is then uploaded to Pasturebase so they can see how paddocks are performing, and to calculate the amount of grass grown on the farm, helping with the management grazing ground in the weeks ahead for the stock.

The main aim is to build up a prolific lowland flock with good quality rams being used for breeding. He would also like to be able to produce good quality replacements and be able to sell excess ewe lambs from both flocks at a premium sale.

Tomás also sends some of his ram lambs to the Irish Natura Hill Farmers Association (INHFA) light lamb producer group, which have a light lamb market called ‘Atlantic Hill Lamb’. Having these markets available for farmers such as Tomás is important for the local sheep industry and the sheep sector overall.

The Suckler herd of Limousine/Charolais crosses, which are run with a Charolais stock bull, are also a key focus for the young farmer.

He hopes to improve and build a strong herd with the aid of tools such as ICBF, which is an excellent source of information for making genetic improvements, as well as HerdWatch, which is a good tool for keeping track of the herd in a number of different areas.

Farming at the moment is going through a particularly uncertain time with the COVID 19 virus. I asked Tomás what effect it will have on the farming community.

“The markets are in a very difficult place at the moment as they were last year with poor prices for stores and with the beef demonstration; this had an effect on prices that farmers received.”

“The COVID 19 virus is already having an impact on farmers and food producers; the closure of restaurants and food outlets will mean that this will have a direct impact on beef and sheep markets. Farming and farmers always bounce back.”

“We are good at what we do. We can produce the best beef and lamb in the world to a very high standard for a small country. Going forward, the impact of the COVID 19 crisis will hopefully encourage people to source locally, therefore, improving the Irish economy as a whole”.

Farmers like Tomas will continue to farm in this uncertain time, like in past challenging periods the farming community are resilient and will help and support each other during this time.

- Advertisement -
Previous articleVIDEO: What are thermoduric bacteria and how do I prevent them?
Next articleResearch suggests March milk price would equate to 34c/L

A YouTuber from Co Longford has been documenting farming in a very different way online. Phillip Stewart who runs the Farmer Phil channel divides his...
Read more
Farming News

Weanlings Sale & Suckler Cows on Sale at Roscommon Mart Good numbers were on offer again this week with a firm trade for...
Read more
Farming News

From operating on a young sheepdog which had eaten 30 feet of rope to getting knocked out by a headbutt from a cow, the...
Read more
- Advertisment -

New regulatory checks will apply to trade with and through the UK from 1 January 2021 The Minister for Agriculture, Food and the Marine, Charlie...
Read more

Teagasc has confirmed that it is to fund a Covid payment to Teagasc students and provide a Teagasc laptop loan scheme. Similar supports were introduced...
Read more

A YouTuber from Co Longford has been documenting farming in a very different way online. Phillip Stewart who runs the Farmer Phil channel divides his...
Read more

Weanlings Sale & Suckler Cows on Sale at Roscommon Mart Good numbers were on offer again this week with a firm trade for...
Read more
Load more

A Mayo farmer has claimed that one of his suckler cows has had two calves nearly two weeks apart. Michael Lynch, who farms near Swinford,...
Read more

Clonagh and Jennalyn Simmentals: Meet the Behans who sold a bull for €52,000

Clonagh Herds has scooped national titles at nearly all agricultural shows across the country, and they have just set the bar even higher. Last month,...
Read more

A YouTuber from Co Longford has been documenting farming in a very different way online. Phillip Stewart who runs the Farmer Phil channel divides his...
Read more

Weanlings Sale & Suckler Cows on Sale at Roscommon Mart Good numbers were on offer again this week with a firm trade for...
Read more

From operating on a young sheepdog which had eaten 30 feet of rope to getting knocked out by a headbutt from a cow, the...
Read more

Minister McConalogue urges food and agri-businesses to complete their preparations for...