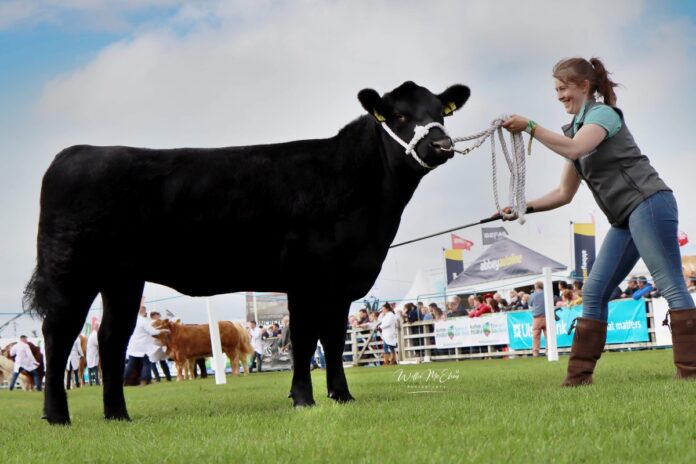 We discuss the family’s passion for Aberdeen Angus beef production, how the farm is progressing in terms of elite genetics, and some of the key management practices on the farm.

Mena, who is a third-generation farmer, runs a herd of Aberdeen Angus cattle alongside her father, Eamonn.

Both Mena and her father farm part-time. She is in her final year of an honours degree in Agricultural Technology at Queen’s University,

Belfast. She juggles her studies and farming around her part-time job in a marketing company based in the Isle of Anglesey, called Trisant Design. Mena’s father, Eamonn, is also employed as a civil engineer.

The farm has been a beef enterprise during Mena’s lifetime in Ard Dubh. However, in previous years, they have adopted other systems such as sheep and calf-to-store.

“Cow numbers are back a bit this year, having lost a couple of cows to grass tetany last year.”

The Ard Dubh herd comprises 17 suckler cows in total. There are 13 commercial Angus and four pedigrees on the farm. The Aberdeen Angus cattle have the opportunity to graze the 42-acres of land that the Mc Closkeys own.

Mena, the herd owner, has plans to maintain the herd of 20 commercial Aberdeen Angus and a handful of pedigree cows.

The passion for Aberdeen Angus has always been a core interest at Ard Dubh. In previous years, the Mc Closkeys have worked with Aberdeen Agnus-Friesian-cross calves.

“We’ve always worked with Aberdeen Angus cattle. To be honest, we cannot fault them; the cows are easy calving with plenty of milk, low maintenance and easy to work with.”

“The calves can be finished off the grass with little to no concentrates required.” 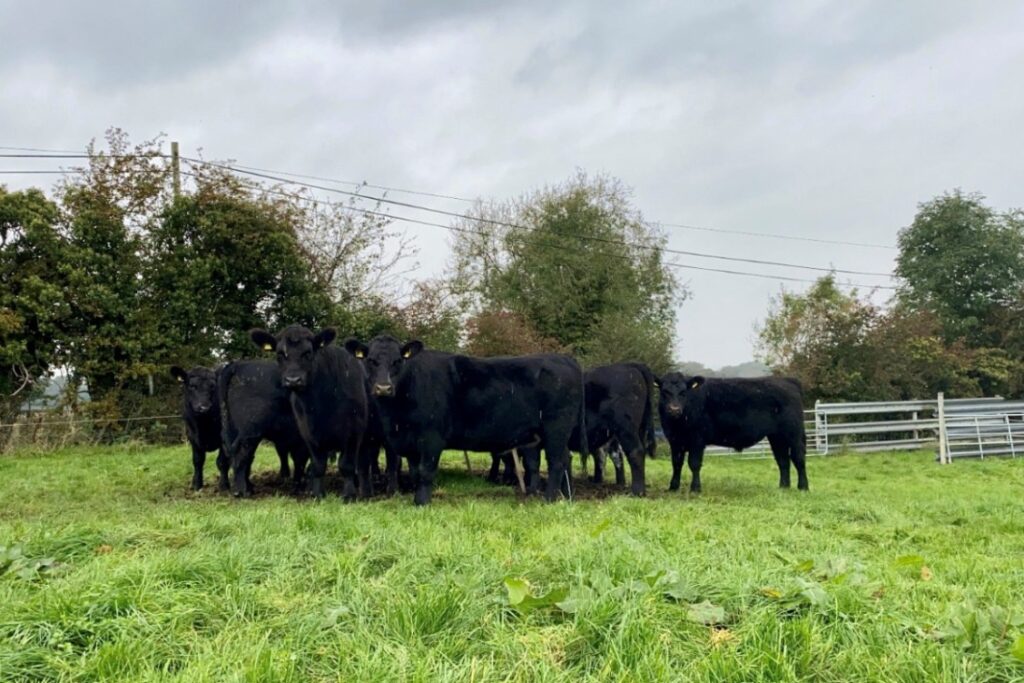 They established the pedigree herd of cattle when Mena purchased four maiden heifers from Albert and Jennifer De Cogan in September 2020.

One of these Angus heifers has recently been flushed for the first time, “with relatively good success”, Mena tells That’s Farming.

“This is something I will consider doing again in the future because the rate of genetic gain is unquestionable.” 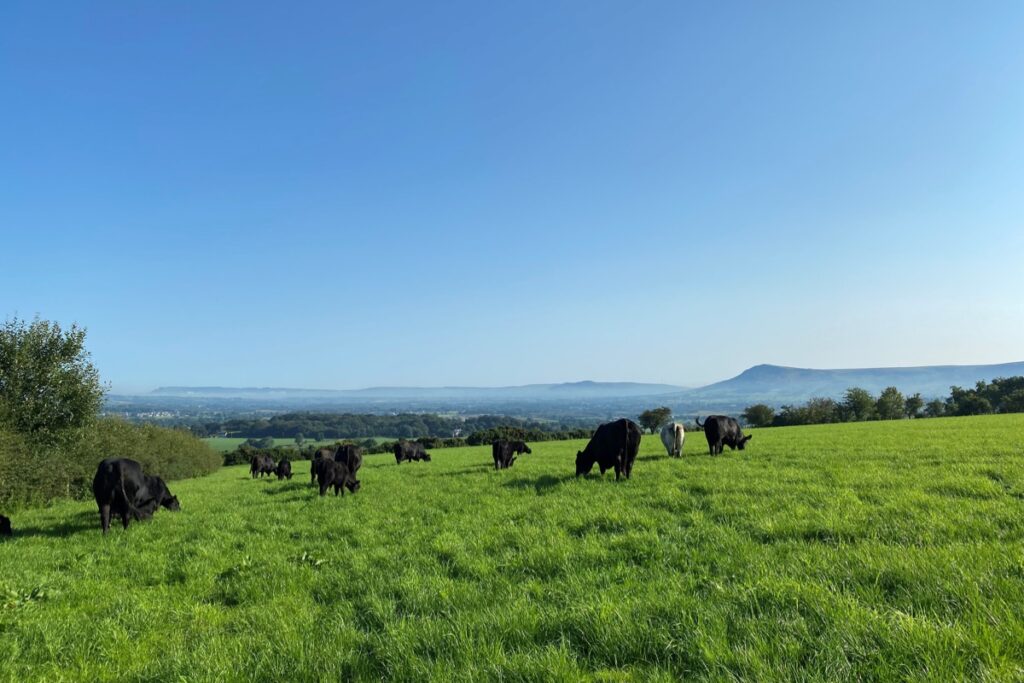 AI and a stock bull are both used as breeding strategies at Ard Dubh.

“While we use both AI and a stock bull, we have gradually increased our use of AI across the herd.”

Mena explains that although the herd is small, they have found the greatest advantage to AI is that they can select bulls to match cows appropriately.

Rosemead Karona J957, Dillon New Holland (AA4442), Tofts Foremost Lord K508 and HW Farghal T516 are some of the bulls which have been used in the past through AI.

“I like to keep the bulling periods as strict as possible, so the calving period is tight. This makes the management of stock groups easier.” 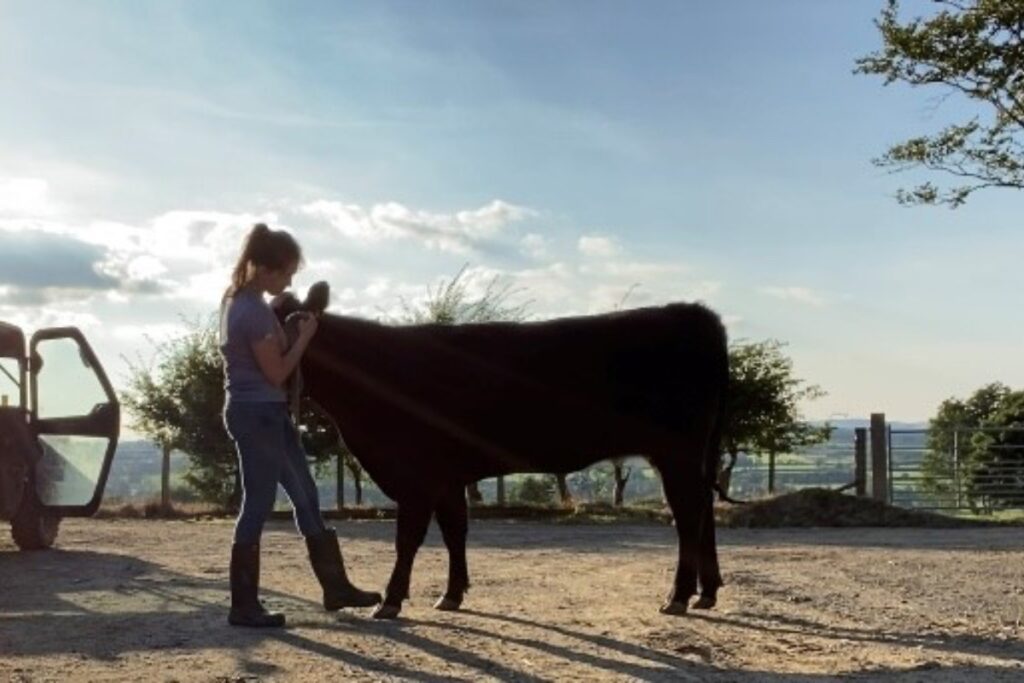 Grassland management is an element of farm management that Mena has dedicated time and attention to improving over the last few years.

“Grass is measured using a sward stick and walked at least once a week, depending on the time of the year.”

This year, beef cattle will have priority to graze younger swards to finish these cattle one to two months earlier.

“Cows and calves will graze older swards with sheep coming behind both groups of stock to encourage tillering and regrowth.”

The father-and-daughter duo agrees on many things relating to the farm, but the culling regime is not one. “This is something dad and I argue a lot about.”

Mena’s father firmly believes if a cow is scanned empty, she should be tried again when she begins her next cycle or held to the following breeding season.

This is the policy Eamonn would like to hold for any cows deemed as appropriate for quality Angus production.

Comparatively, Mena tells That’s Farming, “she’d be a good cow if she held the first time. This would be one of the main reasons we cull an animal. I have no patience for passengers.” 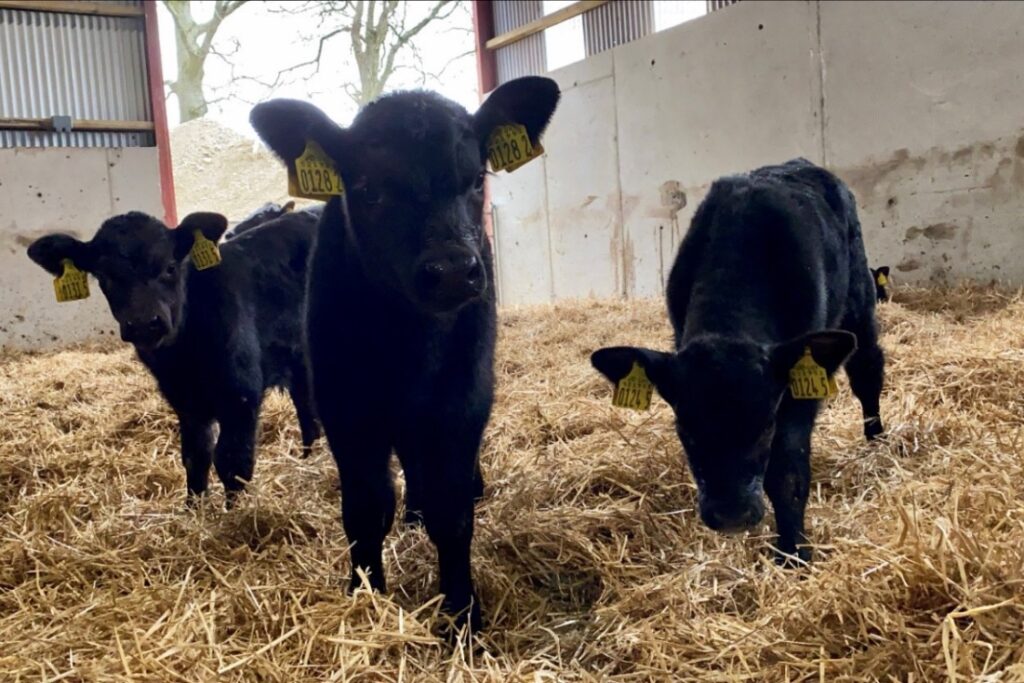 Ard Dubh has put all the criteria in place to run a successful Angus beef operation.

In addition to the “one calf per cow per year” target, the farm also has some other ambitious goals.

“Targets include cow efficiency; weaning 50 to 60% of her lightweight, 65% of females calved in the first six weeks, and heifers are 25 to 27 months old at first calving.

“I think focusing on one specific part of the farm at a time allows you to see its potential.”

“Trying to improve multiple elements at the same time can sometimes be restricting because the balance may not be right. Here, it’s hard to identify what needs to change.”

Mena tells That’s Farming about her excitement for this year’s breeding project, “I am excited this year to be using two bulls exclusively available through the AAQB scheme; Elliot Bravo and Rawburn Enron.”

“These bulls will hopefully improve average age at slaughter and carcass weight. Both bulls are in the top 1% for 200, 400 and 600-day weights. Bravo is in the top 5% for gestation, and Enron is in the top 15%.”

Looking towards the future

Like any herd owner, Mena has set some plans for herd performance.

“The plan is to get better before getting bigger. I don’t see the point in building numbers if the herd I have at the minute isn’t performing to its full potential just yet.”

Mena concludes, “in the meantime, I am happy to just keep it ticking over until I complete my final year at university, then I can concentrate on pushing things”.

You can view other Farmer Focus profiles.