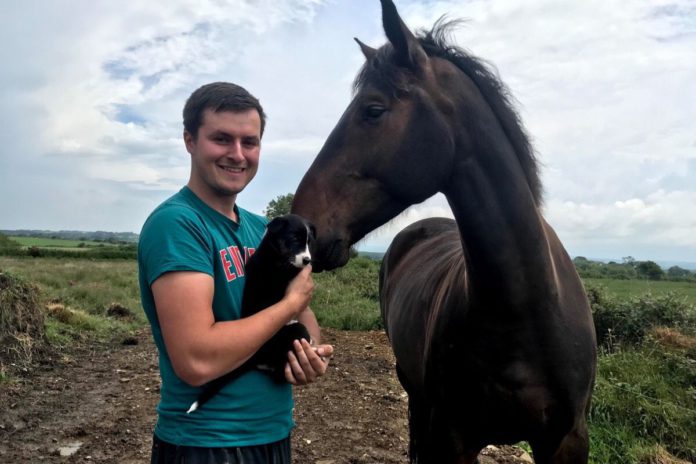 A grá for TikTok, the Irish language and all things farming

“I love farming because I’ve always had a grá for animals, more so the cows than the sheep. I believe you can’t beat the fresh air.”

Those are the words of ‘The Kerry Cowboy’, now a household name, boasting over 130,000 TikTok followers.

He hails from a family-run farm, established by his grandfather in the 1960s, in the heart of Co. Kerry.

“We are milking 80 cows and keep store lambs over the winter. The farm is run by my parents, my sister, my granduncle, one employee and I.” he told That’s Farming.

The 21-year-old spent the summer months working with Kerry Agribusiness. The Irish and business student-teacher is now less involved on the farm as he is occupied with college.

“I’m getting cabin fever with online lectures, and there’s nothing like being out in a field to shake that off you.”

“It’s a more natural and balanced way of life than most people ever get the chance to experience. I truly feel I am blessed to have this background.”

“I have no doubt that I’ll be back in full swing come the calving season in springtime”.

“It was once a minimum of a three-person job and would take up to two hours to gather and check them. Last just Friday, Braindí had them all in for me in fifteen minutes, she’s a star. God bless her.”

He set up his TikTok account during the first phase of COVID-19 restrictions, but he did not expect the account to gain traction to this extent.

“I had been making ‘funny’ agricultural themed videos, and my sister suggested I put them on TikTok. A video of a pup I had been training had over 50,000 views; I couldn’t believe it.” 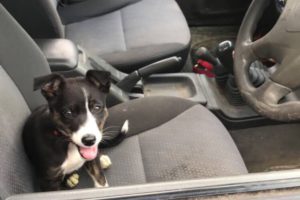 His content is a combination of agriculture with a hint of our native language. “I speak Irish fluently, so I like to have a small portion of my videos in the language so that it’s heard all round the world.”

He is amazed by how popular Irish is online, stating he thinks “the old view of it being a dead language is being shaken off, it is inspiring”.

He tries to upload one video per day for consistency. “Some days I don’t post, and I tend to make seven or eight videos together and then release them gradually.”

“I also see trends from around the world and relate them to my little agricultural world. I don’t put too much thought into it as I think that’s what holds a lot of people back. In my opinion, you are better off to put it up and see how it goes as there’s always next time.” 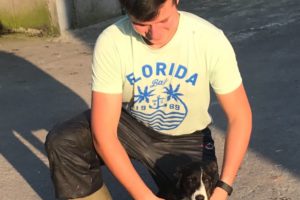 His most popular video is of his 11-year-old chocolate Labrador called Ruby.

“She went herding with Braindí and I. It didn’t go her way as she didn’t understand the commands and ended up doing a lot of rolling and trying to play with the cows while poor Braindí was trying to get the job done.”

Almost 2 million people have currently seen this video and its reach continues to climb. 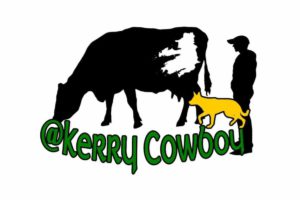 Once graduated, he planned to go teaching and farming later, but the popularity of this social media account may lead to a different path.

“However, I know I won’t be happy if I’m not doing something for the Irish language and being connected to the land and animals.”

“Whatever path I take, these are the essentials to my sanity. The Kerry Cowboy lifestyle has been a bit of a wild ride so far. It does not look like that is

“There are big things on the way that I can’t talk about yet. You will just have to keep an eye out. As I say in many of my videos, patience is key,” he concluded.