That's FarmingThat\'s Farming Irelands Largest Farming News, Properties and Classifieds Network
HomeBeef‘Sheepdogs are just as important now as they were 100 years ago’ 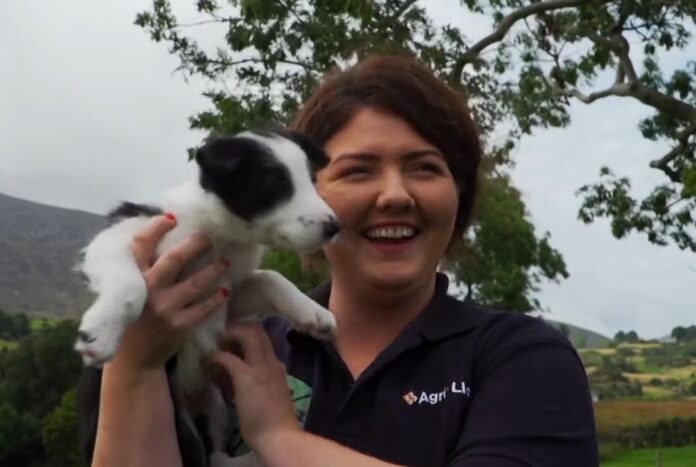 Livestock is the main focus of the next episode of ‘Rare Breed – A Farming Year’, which continues on Tuesday, March 22nd, 2022, at 8 pm.

Several farmers are looking after sheep and sheepdogs, cattle and deer, giving viewers an insight into what is involved in rearing and caring for them.

It is August in the UTV’s hit farming series, and near Kilcoo, Áine Devlin is preparing to bid farewell to some of her collie Mist’s pups.

Àine explains the importance of working dogs, saying, “Sheepdogs are just as important now as they were 100 years ago.”

August is a busy month for the flock as she is getting ewes into top condition for breeding.

She gives the ewes a ‘teeth, toes and teats’ treatment, a ‘bit of an MOT for sheep’, as she calls it.

Next, we are off to Ballycarry, where the Garrett family is getting ready for Balmoral Show.

There was no event in 2020, so their Dexter cattle need show ring practice.

The Dexters may be small, but they are big in attitude. Rachael says, “You want them to perform well and stand well at Balmoral.”

Mervyn says about Balmoral, “It’s exciting, but it’s a nervous time as well.”

Near Hillsborough, dairy farmer, Stephen Gibson, has spotted early signs of mastitis in two cows in his 100-strong herd.

He is using a new treatment that does not involve antibiotics, to stop the infection from taking hold.

With the good weather, August is also a busy month for their ice cream sales, and Stephen’s wife, Amanda, talks about their produce.

She explained that they made ice-cream with the same day’s milk direct from the farm.

Talking about the luxury item, she says, “If we’re going out for a treat, we want it to be a lovely treat.”

In the second part of the episode, Richard Beattie is working with his herd of deer near Gortin.

He is preparing to wean 40 young deer from the herd in September.

Beattie talks about the challenges of working with stags. He said that they are “the real king of the bunch” and “not to be messed with”.

He also explains why he is glad Glenpark offers people the chance to come into contact with animals.

As Richard works with the deer, the new wedding and events coordinator, Kendall Glenn, is preparing for a wedding at the venue.

She loves her work saying, “You can’t compare the farm to this.”

The wedding business is growing at the estate, and Kendall points out, “It is really important that it is perfect”.

Richard jokes, “you nearly feel like getting married again!”

- Advertisement -
Previous article
Dates for your diary: What ag shows are taking place in May 2022?
Next article
VIDEO: Gannon Agri’s 2022 slurry spreading season