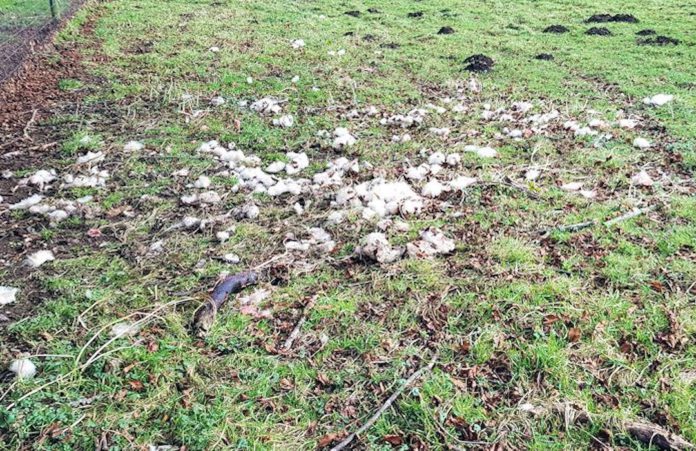 ‘A farmer can legally shoot a dog that is chasing livestock’

A dog walker has been cautioned after a sheep died and two others were seriously injured following an attack by dogs in their care.

The incident occurred on the South Downs near Lancing in West Sussex on February 17th.

Sussex Police issued a statement earlier this week to appeal to dog owners to keep their pets under control.

Rural PCSO Erica Baxter said: “It is important for all pet owners and commercial dog walkers to understand that allowing a dog to be off-lead and out of close control within a livestock field can be considered to be livestock worrying, without any physical attack taking place.”

“Livestock worrying does have a significant effect on the animals involved, on-farm businesses and on farmers whose livestock is harmed through no cause of their own.”

“Quite apart from the obvious immediate stress and potential injury to livestock, those frightened animals can damage field boundaries as they try to escape attack, so they are no longer safely contained.”

After-effects, she added, can include death from shock, abortion or failure to conceive and injuries can take time to heal, carrying a risk of ‘fly strike’ where they become infested with maggots.

“We urge people to keep their dogs on a lead while they are walking in rural areas and around livestock. So often in these incidents, the owners are horrified by what their dogs have done.”

“It is true to say that even a single, gentle and loving pet dog can be hard to catch if it runs off; it can enter a field and once there, can chase or kill livestock.”

Apart from the impacts on farming, there are also risks to dogs and to people if they are within a livestock field, Baxter stressed.

“Frightened animals can charge unpredictably or even directly at the person or animal that they perceive to be a threat, which would be an awful experience to go through even without any injury caused.”

“Additionally, a farmer can legally shoot a dog that is chasing livestock.”