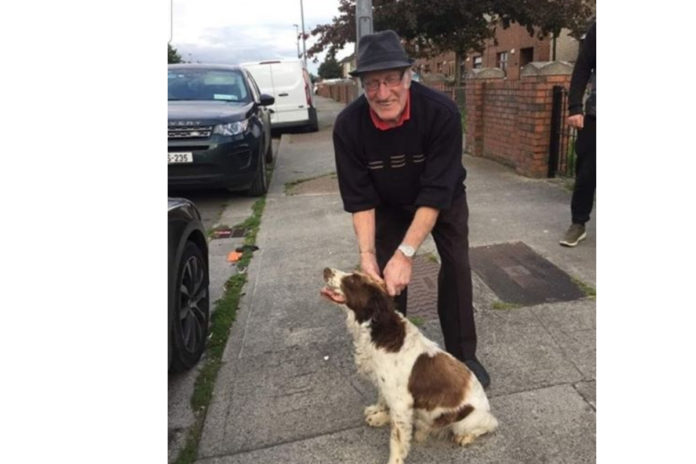 A Springer Spaniel, which was reportedly stolen from the Brannoxtown, Trim area of Co. Meath, on Wednesday, July 8th, has been reunited with his owner.

The dog, owned by an 85-year-old farmer, was found in Ballyfermot this evening (Sunday, August 2nd).

The man said Brandy is “more than just a dog – he is my reason to get up in the morning and the reason I felt safe at night”.

He said he spent his days “searching high and low for him” and that his life was “empty” with his “loyal comrade and best friend”, as reported by us here.

In a post on social media tonight (Sunday, August 2nd), Meath Crime Prevention said: “A good news story to end the weekend. Brandy, the spaniel which was stolen recently, in Trim was found in Ballyfermot this evening.”

“It’s hard to put into words how his 85-year-old owner Sean felt when they were reunited.”~

“Thank you, everyone, for your vigilance and help in getting him back.” the post concluded.

- Advertisement -
Previous articleFriesian calves sell from €5-€145 at Castlerea
Next articleVIDEO: John Deeres out in force for second-cut silage