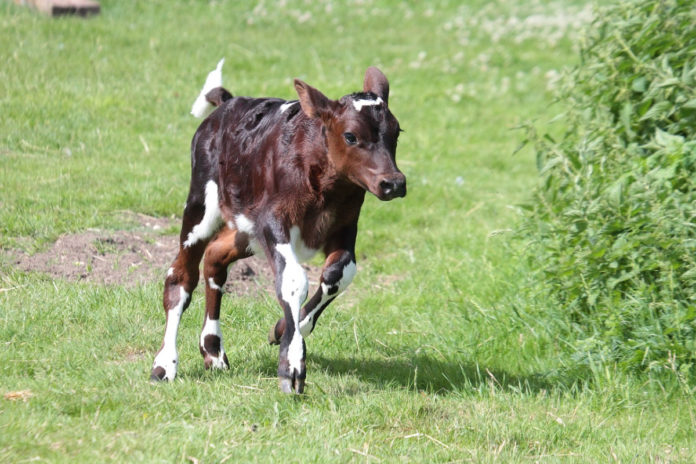 Most Irish dairy farmers are concerned about the reputation of the dairy industry, writes Doris Laepple (National University of Ireland Galway) and George Ramsbottom (Teagasc).

Three-quarters are willing to support the establishment of a sexed semen laboratory in Ireland to reduce the number of male dairy calves.

Earlier this year, NUI Galway and Teagasc conducted a survey of Irish dairy farmers, funded by the Department of Agriculture Food and the Marine, to explore farmers’ breeding decisions, calf marketing strategies and attitudes in relation to the dairy industry and animal welfare.

The 450 farmers who responded to the online survey are larger in scale than the typical Irish dairy farm, having an average of 132 dairy cows.

Are farmers supportive of a change in dairy calf markets?

Three-quarters of the surveyed farmers are concerned about the reputation of the Irish dairy industry. In contrast, when asked if they are responsible for producing calves for the beef industry, farmers’ opinions are divided with similar proportions agreeing and disagreeing with the statement.

The welfare of their animals is important to most Irish dairy farmers. Moreover, the vast majority felt that they had nothing to hide in relation to calf treatment, as 85% of those surveyed indicated they are willing to explain to consumers what they do with their dairy calves.

Most respondents said that low conception rate was the major stumbling block to more widespread use of sexed semen. Price and the genetic quality of sexed semen were further down the pecking order when it came to reasons for the low uptake.

The availability of sexed semen from top EBI dairy bulls, the potential reduction of calves that are killed early and an improvement in the Irish dairy industry’s reputation are main reasons why farmers agree to pay a small fee.

How did breeding decisions and calf marketing look like in 2019?

Over 50% of the calf crop born in 2019 on the surveyed farms were sired by a Friesian bull, and about a third of the calf crop was sired by a beef breed. The Dairy Beef Index was used by 40% of respondents who focused on selecting beef AI bulls that were easy calving, short gestation length and with good carcass traits.

While just over one quarter (26%) of beef calves were reared on respondents’ farms, the balance was sold. In terms of the first movement from the farm, approximately one third were sold direct to other farmers, over a quarter were sold through the mart and 12% were sent for live export.

A small proportion of respondents’ calves (4%) were sold for processing.

What about calf welfare?

Respondents calf mortality rate averaged 4% and 80% of them reported that they have expanded their calf housing facility since milk quota abolition. The housing available on respondents’ farms was generally adequate for seasonal spring calving herds with the average respondent able to house over 80% of calves on the farm at any one time.

Teat and bucket feeding systems of calf rearing predominate – only 15% of respondents use an automatic calf feeder.  Despite the labour-saving advantages of once-daily feeding, the vast majority (87%) of respondents who manually rear their calves, feed them twice daily.

- Advertisement -
Previous article
How do I increase the nitrogen availability of slurry?
Next article
Weather: Another dry and bright week ahead