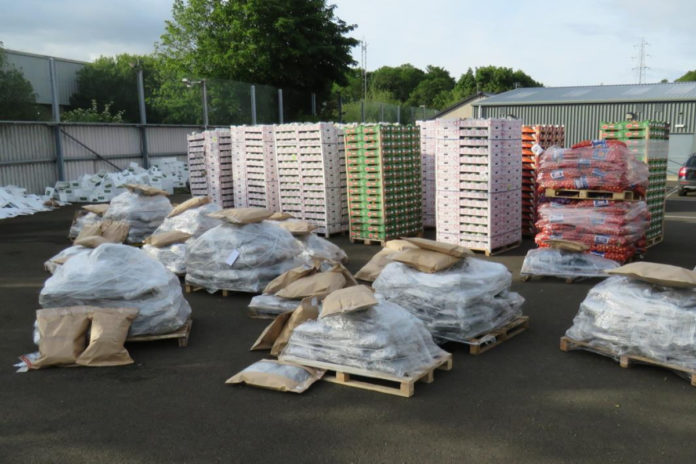 3 men were arrested following the biggest drug seizure ever made in Northern Ireland by the National Crime Agency (NCA).

Two men, aged 37 and 32, were detained after 600 kilos of cannabis was discovered in the back of a lorry in the early hours of Wednesday, June 3rd, in Templepatrick, Co. Antrim.

A third man, a 62-year-old from Co. Armagh, was released unconditionally as the investigation continues.

NCA and PSNI officers recovered the herbal cannabis which was hidden among a cover load of vegetables. The drugs have an estimated street value of £10-£12 million (€11.1-€13.3 million).

The 2 younger men have been released on bail after being questioned by the NCA in connection with the incident.

NCA Belfast Branch Commander David Cunningham said: “This is an incredibly significant seizure of controlled drugs, the biggest the NCA has ever made here in Northern Ireland. A seizure of this size will have a huge impact on the organised crime groups involved in its importation, depriving them of commodity and, most importantly, profit.”

“We are determined to do all we can with our law enforcement partners to disrupt and dismantle drug supply routes, not only here in Northern Ireland but across the UK. The crime groups involved bring violence and exploitation to our streets and into our communities.”

Cunningham stated that the investigation is ongoing and thanked the PSNI for their involvement in the seizure.

- Advertisement -
Previous article‘Value of direct payments has to increase’ under next CAP
Next articleVIDEO: Sun and silage