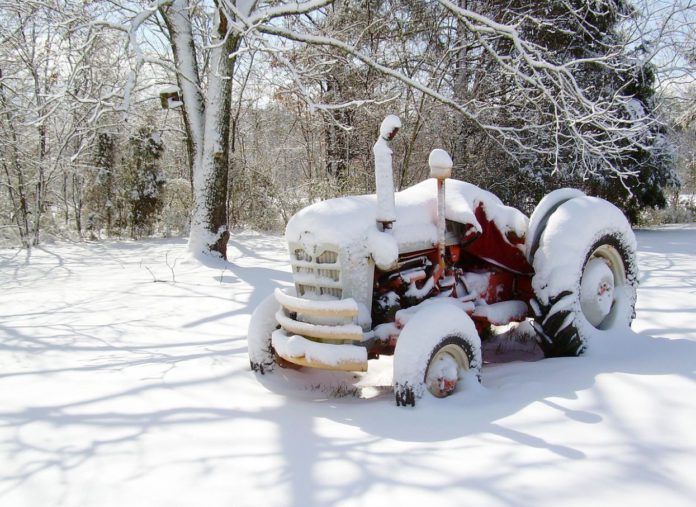 Up to 5cm of snow as temperatures to drop to -5°

Met Éireann has issued a snow-ice warning for eight counties, as up to 5cm of snow is set to fall.

The warning came into effect in Dublin, Kildare, Louth, Wicklow, Westmeath, Meath, Cavan, and Monaghan at 8 am this morning (Tuesday, February 9th) and will remain in place until 6 pm tomorrow (Wednesday).

The national forecaster has warned of 2 to 5cm of snow in places.

Meanwhile, Met Éireann has issued a weather advisory for Ireland. It has warned that Tuesday and Wednesday will be “very cold” with temperatures in low single figures by day and with sharp or severe frosts and icy patches at night.

Showers of sleet or snow at times in eastern counties from Sunday evening onwards will lead to “hazardous conditions” on roads and paths.

The weather advisory came into effect on Sunday and is valid until 6 pm tomorrow (Wednesday).

It will be cold and blustery today (Tuesday) with scattered wintry showers of sleet or snow to give rise to some accumulations in places.

There will be a mix of cloud with bright and sunny spells and highs of 1 to 3 degrees.

Again, it will be cold tonight with a widespread sharp to severe frost to set in and scattered showers to continue. Temperatures are set to drop between -5 to 0 degrees with icy stretches.

Again, wintry showers of snow and sleet will continue to impact north Leinster, east Ulster, and the midlands with highs of 1 to 3 degrees.  Meanwhile, other areas will remain dry with sunny spells.

Sleet and snow will extend northwards from the south-west, spreading across much of Connacht, Leinster, and Munster. The national forecaster has, once again warned, that snow accumulations will lead to hazardous conditions.

However, precipitation will turn to rain in parts of the south and the west with lows of -1 to +2 degrees.

More persistent rain will move into western counties during the evening South-east breezes will strengthen during the day, becoming strong and gusty in coastal counties.

Generally, temperatures will range from 1 to 4 degrees with higher values of 5 to 8 degrees in southwestern regions.

According to Met Éireann, Friday night will see the return of snow to the north-east and midlands, leading to some accumulations.

Temperatures will fall to sub-zero values of -1 to +2 degrees in most counties. Higher values of 4 to 7 degrees expected in Munster and Connacht.

- Advertisement -
Previous article
Over 1,100 people waiting for BE test due to Covid-19
Next article
Ag contractors quoting 4% increase in charges in 2021