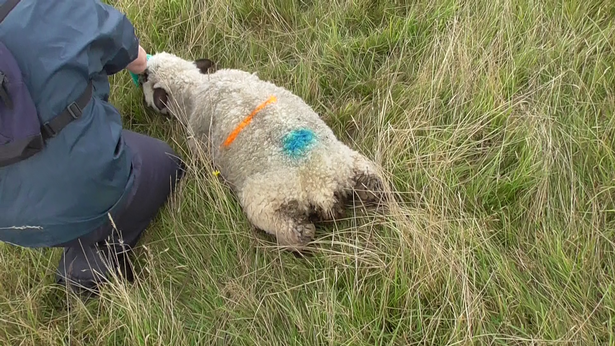 A 51-year-old farmer has been handed a five-year animal ban after his sheep were found starved and mutilated.

Nicholas Holley, a smallholder, with an address at Tramside Farm, Portreath, pleaded guilty when he appeared before Truro Magistrates Court last week. The prosecution was secured by Cornwall Council inspectors.

He was charged with failing to provide adequate food to his flock of sheep and allowing sheep to have access to collapsed fencing and broken machinery that could have injured them.

Other charges included mutilating a sheep by docking its tail so short that the tail did not cover its vulva and failing to shear or provide shade to sheep last August.

The court heard that on September 10th, 2019, Holley caused unnecessary suffering to a sheep by failing to notice it was trapped or to release it from being trapped.

Kevin Hill, prosecuting, told the court that the 51-year-old had gone on holiday and left a friend caring for 50 sheep, despite the friend having no previous experience of sheep husbandry.

Many of the sheep were emaciated yet had no supplementary feed, and the sheep had access to scrap and collapsed fencing, according to the council.

On a revisit, officers of the council found a sheep trapped in a fence; it had been trapped for at least 24 hours and once released was hungry and thirsty.

In January 2020, the sheep were not being fed hay and had strayed onto neighbouring land and roadside verges to forage.

Mr Holley had been cautioned for similar offences in 2018.

The magistrates gave credit for the early guilty plea and genuine remorse.

In sentencing, Holley was banned from keeping farm animals for five years, given a two-year conditional discharge and ordered to pay £5,000 towards the council’s costs.