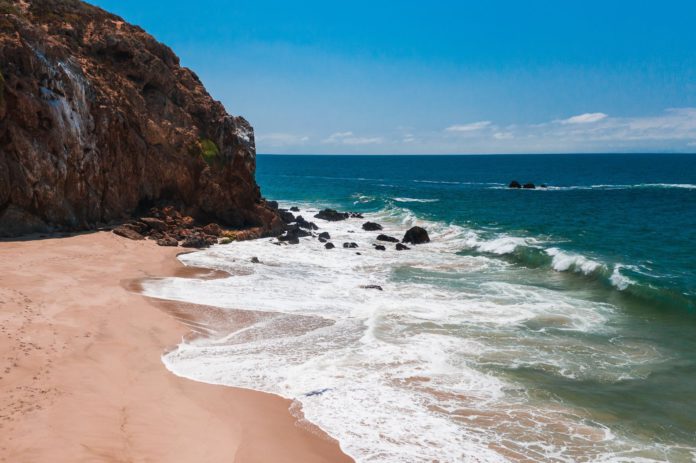 “4X4 vehicles are not immune to soft sand and steep beaches, and Mother Nature usually wins.”

That is the warning HM Coastguard Fleetwood in the UK issued in recent days after a 4×4 and trailer submerged in Fleetwood Sea.

The incident occurred near lower lighthouse shortly after mid-day on Sunday, August 29th, 2021.

The coastguard was tasked at 12:19 to reports of a car stuck near lower lighthouse Fleetwood with the tide flooding.

A spokesperson for the coastguard said: “Sadly, the car and trailer were submerged before recovery could be arranged.”

“At this incident, HM Coastguard Fleetwood were responsible for protecting human life, preventing hazards to navigation and monitoring pollution threats.”

“As the tide receded around 20:00hrs, a large effort of 4×4 vehicles (many from Fleetwood beach PWC) and a tractor successfully pulled them, and the boat they were launching, up the beach above the high water mark.”

The spokesperson issued some advice to members of the public and said it hopes this event serves as a reminder.

“If you are planning to launch boats and jet skis in the Fleetwood Lower Lighthouse area, please make sure you know your abilities, your vehicle’s abilities, tide times and maybe seek local advice,” the spokesperson concluded.

They said they “do not want to encourage criticism of the 4×4 owner”. “They are not the first, and won’t be the last, to lose a vehicle on the beach.”

Man (86) dies after crash on farmland

Meanwhile, elsewhere in the UK, a man (86) has died after a crash between two farm vehicles.

The incident occurred in North Devon on Sunday, August 29th, 2021

In a statement, a spokesperson for Devon and Cornwall Police said:

“Shortly before 15:20hrs on Sunday, August 29th, 2021, an incident occurred on farmland at Flydon Hill, Heasley Mill, near South Molton.”

“Two agricultural vehicles were in a collision on the farmland. Sadly, as a result of the collision, an 86-year-old male was declared deceased at the scene by South West Ambulance Service.”

“Two other males, aged 58 and 55, were uninjured. Local officers, as well as the Roads Policing Team and Local Crime team, attended the location.”

- Advertisement -
Previous article
‘I do not understand how civil servants can be so hard on suckler farmers’
Next article
Cull ewe prices back, but lambs up at Kilkenny Mart