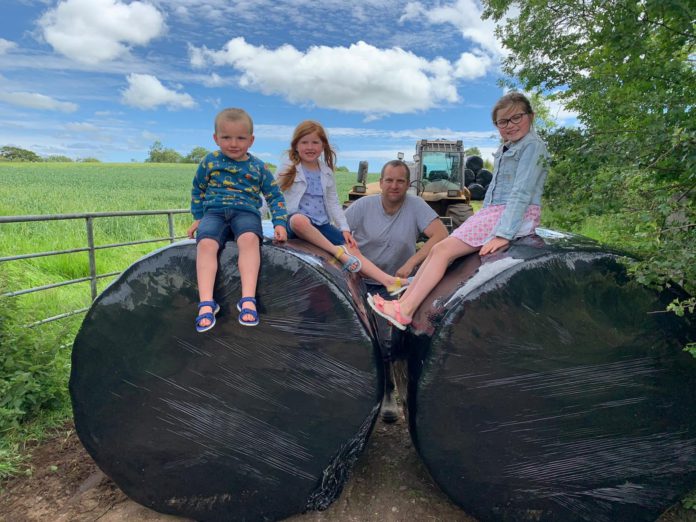 Gordon Campbell and his father Wilson have a dairy and poultry farm on the outskirts of Ballymoney.

Recently, they made the change from the parlour method of milking their 160-strong herd to using robots.

Kathryn George, dairying development adviser, College of Agriculture, Food and Rural Enterprise (CAFRE), has taken a look into why the Campbell family chose the robotic route and the benefits and challenges associated with a change in milking system.

Gordon said, “Sourcing competent and reliable staff to milk through the parlour was proving a challenge and the main driver for the change.”

“This was coupled with having a wife and young family that I wasn’t getting to spend enough time with.”

“We needed a less labour intensive and more flexible farming system and robots seemed to provide that for us.”

Having researched and looked at a number of robotic systems, the decision was made to install three GEA R9500 robots.

“So, there’s no more moving cows for milking and having to clean an open yard – a further advantage of the robotic system,” added Gordon.

CAFRE’s Kathryn George said as well as advantages, there have also been challenges and one such challenge is spreading the calving pattern.

When the robots were commissioned, the majority of the cows were in late lactation as previously they had been an autumn/winter calving herd.  “There is now a plan to shift the calving pattern to having 20 cows per month calving whilst maintaining a break over the summer months.”

Gordon has been using Genus RMS since 2015 to manage herd fertility and has utilised a mating program to breed replacements from the top 50 per cent of2 the herd ranked on PLI.

The remainder of the herd is bred to Belgian Blue. Current fertility performance is good with a conception rate of 51% and a pregnancy rate of 35%.

“Production of quality forage is a priority, with a four cut high dry matter silage system. This year, first cut was made on May 1st and subsequent second cut made five weeks later in the first week of June, with a nitrogen input of 50 kg/ha and 28m3 of slurry (2,500galllons/acre).”

A third cut was taken on July 9th and fourth cut is planned in August. Gordon prefers bales as he feels there is less spoilage and waste than with clamp silage.

Currently, the herd is averaging 32.2 litres/cow on 11 kg/cow/day of concentrate and achieving eight litres from forage at 4.07% butterfat and 3.28 per cent protein.

Milk from forage is up two litres daily per cow from this time last year.

The full yield benefits of the increased milking frequency that comes with robots is only likely to be seen as cows move into the next lactation.

“The Campbell family will continue to concentrate on achieving a calving pattern to maximise efficient robot usage and producing quality forage to enhance milk from forage.”

“Gordon acknowledges that there are pros and cons to using a robotic system but is firmly convinced that they provide the path to a better quality of life for him and his family.”

- Advertisement -
Previous articlePlaylist: Missing show season this summer?
Next articleWin over €2,000 for having a tidy farm