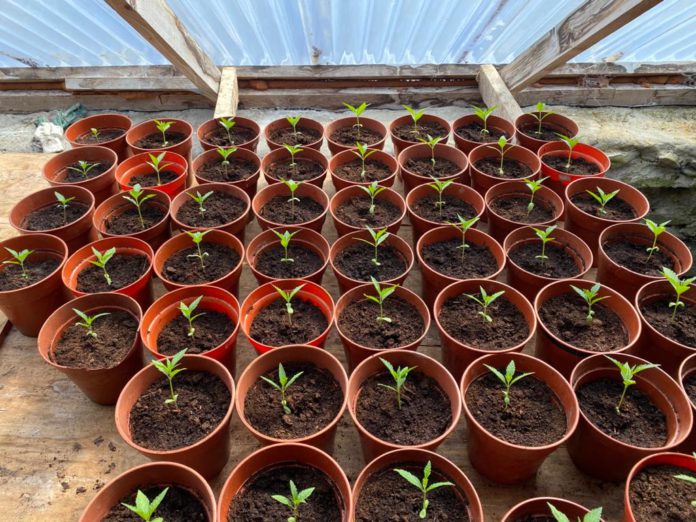 Shortly after 10.30am, Gardaí from the Kerry Divisional Drugs Unit, assisted by Killarney Gardaí and the Southern Region Dog Unit, executed a search warrant at a house and its land outside of the town.

During the course of the search Gardaí discovered 250 suspected cannabis plants, which were at “an early stage of growth”, according to a spokesperson for An Garda Síochána.

“If grown to maturity and sold, the plants would have a potential street value of €206,000.”

Gardaí also seized €100 in cannabis herb, €2,500 in cash and a weighing scales. The suspected cannabis plants and herb will now be sent for analysis.

No arrests have been made but Gardaí have said they are following a definite line of enquiry.