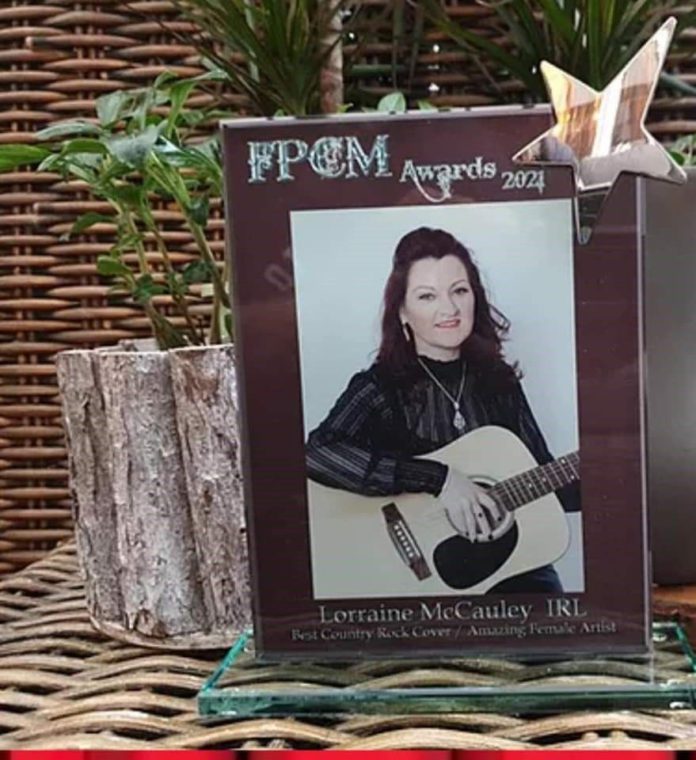 This marks the second consecutive year where the Donegal-based artist has been recognised at the ceremony which has global appeal.

She was nominated thirteen times across different genres at the 2021 Red Carpet Award Show, which took place virtually.

“Thank you to the organisers, Gaby, and Peter Argikola, in Holland for their continued hard work and dedication. The awards show bring such joy and happiness to many independent artists around the world.”

A Tribute To Liz Gordon

Some nominations were for the song, A Tribute To Liz Gordon, which she wrote and composed in memory of the late Liz Gordon.

“I never realised when I was writing, composing, and making the music video for the song last year at my home in Carricknahorna, Co Donegal, that the song would reach such a wide audience with over 100,000 views to date.”

“The song is continuing to receive great radio airplay nationwide. This gives Liz’s family and friends comfort while also keeping her talent and memory alive. Thank you to all the DJs worldwide who continue to play Liz’s song.”

She also thanked others who support her including, Terry McGinty, her producer at Valley Music Studios, Ballybofey who produces and masters her recordings. “Also, to Steve Bloor Media and Promotion for such professionalism and talent as always in making my official music videos and releasing my songs.”

“To Liz’s mother and brother, Paddy and all the Gordon family for their kindness and support. Paddy kindly gifted me Liz’s keyboard recently, which was a very special moment indeed. I will continue to make good music with it as Liz did. May she R.I.P.”

Other awards and new release

The Donegal artist has also won gold and platinum awards on Dory’s Indie Worldwide radio network for independent artists for the song.

“It has been a real country music roller coaster for me. I believe it’s because of the great support and kindness I continue to receive from my followers.”

“Besides, I would like to thank Doris and all my followers who continue to support me on my musical journey.”

“I am continuing to write and compose, and I will release a country gospel song soon. To all my followers, I am humbled and honoured that you continue to enjoy my music and thank you for always leaving me such beautiful comments,” she concluded.

Lorraine has just released her cover single, Slippin Away, in memory of the Grand Olde Opry member and singing legend of 60 years, Ms Jean Shepard. You can listen to this on YouTube.