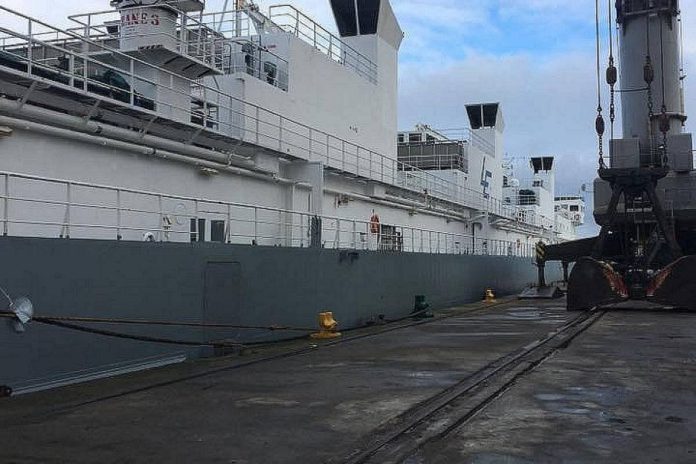 Emerald Isle Beef Producers (EIBP) was responsible for providing more than 600 cattle for export recently, according to Eamon Corley.

It compiled a consignment in conjunction with Roundwood Livestock Limited, which has secured a contract with the Algerian government to supply 12,000 live bulls and steers.

As scheduled, the most recent consignment departed Irish shores in recent days.

In March, EIBP issued a statement requesting under-30-month-old bulls and steers with “flesh”, ranging between 500-1,000kgs and grading R or better.

In a statement to That’s Farming, Corley said: “Some 37 farmers involved with lot sizes ranging from 1 to 120 coming from a total of 19 different counties.”

Farmers from Westmeath and Carlow supplied the most amount of cattle. “Over 20 trucks were involved as well as some tractors and trailers from farmers closer to the port.”

“From listening to the lorry men and mart managers present, the quality of the cattle assembled was as fine a boatload of cattle that has ever left the country.”

“Any competition for cattle has to be welcome at a time when factories are struggling to find markets for 16-24 month bulls and heavy steers.”

The producer organisation thanked Dr Ahmed Salman and his team farmers who supplied the cattle, the mart that facilitated cattle collection and hauliers. “A lot of effort was put in by a lot of people to make this happen.”

“The Department seemed to struggle with their task of clearing the animals which was disappointing for farmers and all involved.”

This, Corley pointed out, is an area that will need improvement for the next ship.

“It is disappointing for farmers that the trade for cattle is as poor as it is at the moment and many are now evaluating their continued participation in this loss-making occupation.”

“If this occupation is to survive, more farmers will have to come together and support competition, which, in time, might deliver viable beef farming,” Corley concluded.