Clive Rothwell (40), from Wexford, established Ballypierce Texels seven years ago through eight embryos he received from fellow breeder, John Neville from Wexford, to “return a favour”.

The flush yielded eight embryos from an initial 16 and resulted in 6 lambs, for Clive from John’s ewe, UVI13044.

John bred a full sister to this ewe and sold her as a hogget at a 2016 Blessington premier show and sale for €4,800.

In addition, his father, Ken, farms 150 Suffolk, Charollais and Texel cross-bred sheep on his 40-acre farm under the same flock number.

She established her flock four years ago by purchasing Beattie’s Jessy for £1,000 (the eighth top price that year) from Richard Beattie at his initial sale in Balmoral Park.

This was just before the couple welcomed their triplets, Alex, Luca, and Oisin, who are now two-and-a-half-year-old.

“I was brought up on my father, Ken’s, sheep farm. So, I always had a great interest in the Texel sheep breed,” Clive Rothwell, who completed a carpentry apprenticeship, told That’s Farming.

“I have been showing sheep since I was young with my father. I used to look forward to showing.”

“So, I was showing sheep from the end of primary school. I went to boarding school in Kilkenny College, so I was not around during the week to farm.”

“Furthermore, I remember getting lots of red rosettes at shows. Also, at the end of the 1990s, there were not many crossbred Texel sheep being shown.”

“Also, I remember going to Tullow Show and coming home with red rosettes a few years ago.”

Clive likes a Texel sheep that has “great mothering ability,” a large amount of milk and a docile nature.

“I like to breed sheep that have tight wool with great body. I do not like sheep with thin shoulders. It has always been the way that we were brought up showing sheep.”

“They have to have the body and flesh. I always had the commercial farmer’s mind.”

Clive uses three Texel stock rams and a small quantity of AI – which he completes on September 28th. He used Extreme in the Central Progeny Test (CPT) last year.

His three stock rams are Ballypierce Champion, Ballypierce Extreme, and Greenhill Eagle Eye and have the genotype ARR/ARR.

He also genotypes his females to improve figures.

“The first two years, I ran a ram naturally and then went about AI for handiest sake. I have flushed ewes for the last three years.”

“I flushed five ewes in September with another breeder. We got 52 embryos out of 5 ewes.” 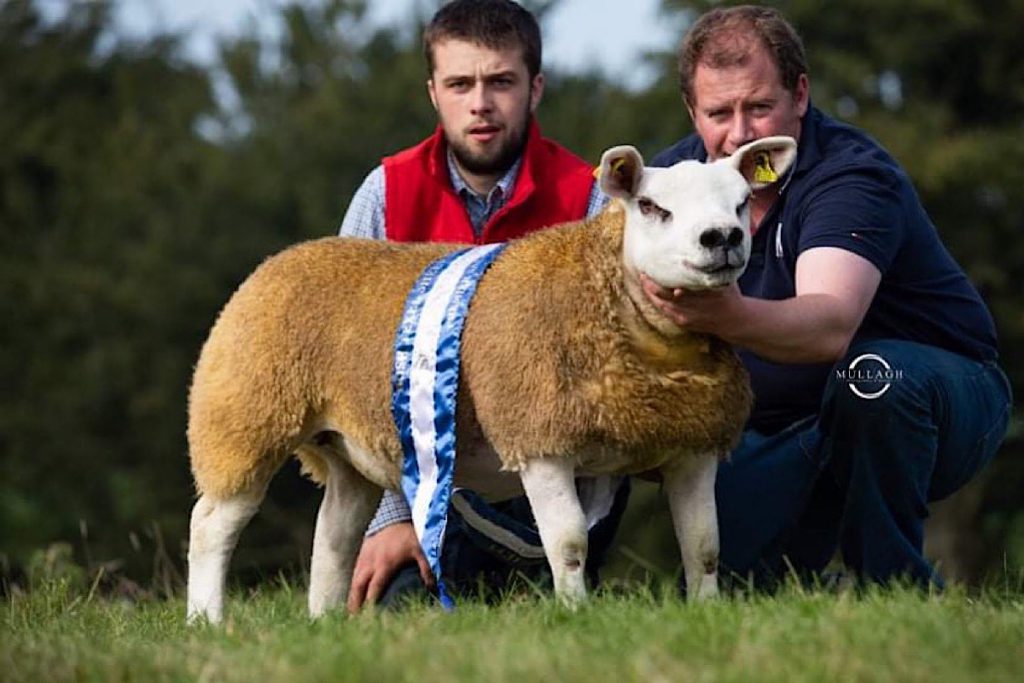 Due to grass availability, Clive lambs from February 20th, taking him six days.

He compacts his lambing season by AI’ing all ewes together to allocate family time.

“I am not a fond of housing sheep too long. They would only be a week inside, and they would be out.”

“I lamb my sheep on my father’s farm, which is three miles from where I work.”

“Also, my mother, Anne, is a big help too. She lambs my father’s sheep along with him and would be up on the farm during the day keeping an eye on the sheep.”

The Wexford native sells his male progeny as lambs at Blessington Mart or several regional sales and retains a small percentage of females.

He sells his remaining females as hogget ewes and ewe lambs at the South East Irish Texels in-lamb sale and Blessington premier show and sales.

Clive also buys ewes at these in-lamb and premier sales.

“Last year was a good year for sheep prices. I got €175 for lambs I culled hard in May.”

“If sheep do not have a great growth rate, I cull them. Also, you could have a lamb with a bad mouth, or that will not make the top.” 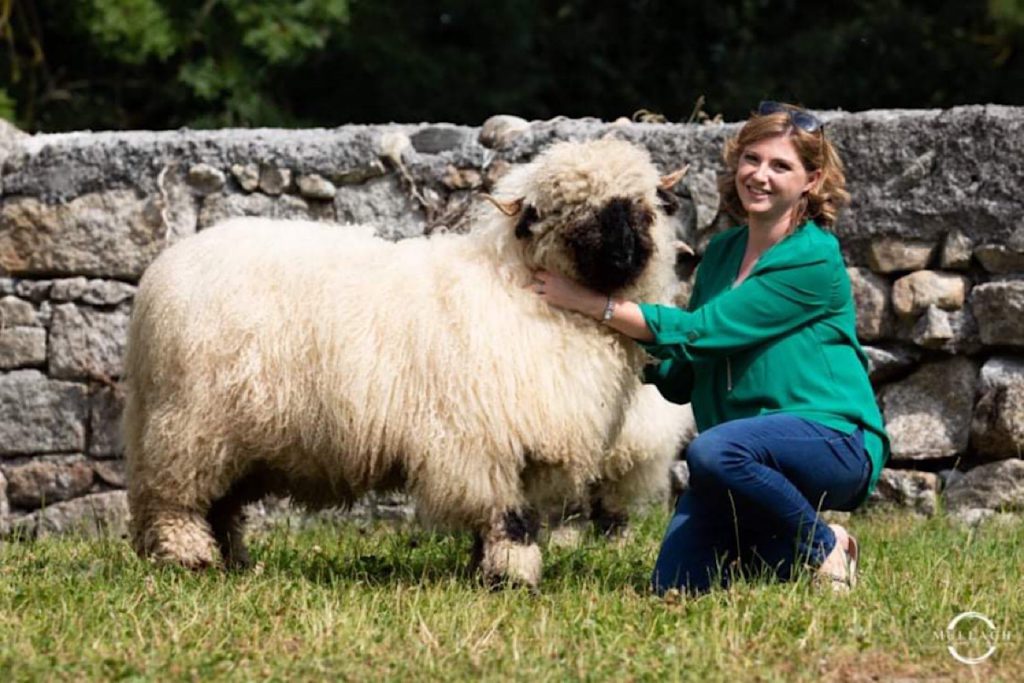 “Farming is only really a hobby for me, but it is starting to get bigger now. It is probably an expensive hobby,” he laughed.

“I am not sure how this year will work with fertiliser prices and other input costs. I think an off-farm job is important. It is hard enough to make money.”

“In my opinion, sheep farming is probably, workable, but you want a big farm and have to be able to manage your grassland well too.”

He manages his grassland by splitting the farm into four paddocks.

Clive forward grazes lambs using a 9ft creep gate ahead of ewes. He adds concentrates into the lamb’s diet from one-month-old.

“Ewes are being wintered on green crop this year and will be housed ten days before they lamb. Green crop is forage rape and stubble turnips.” 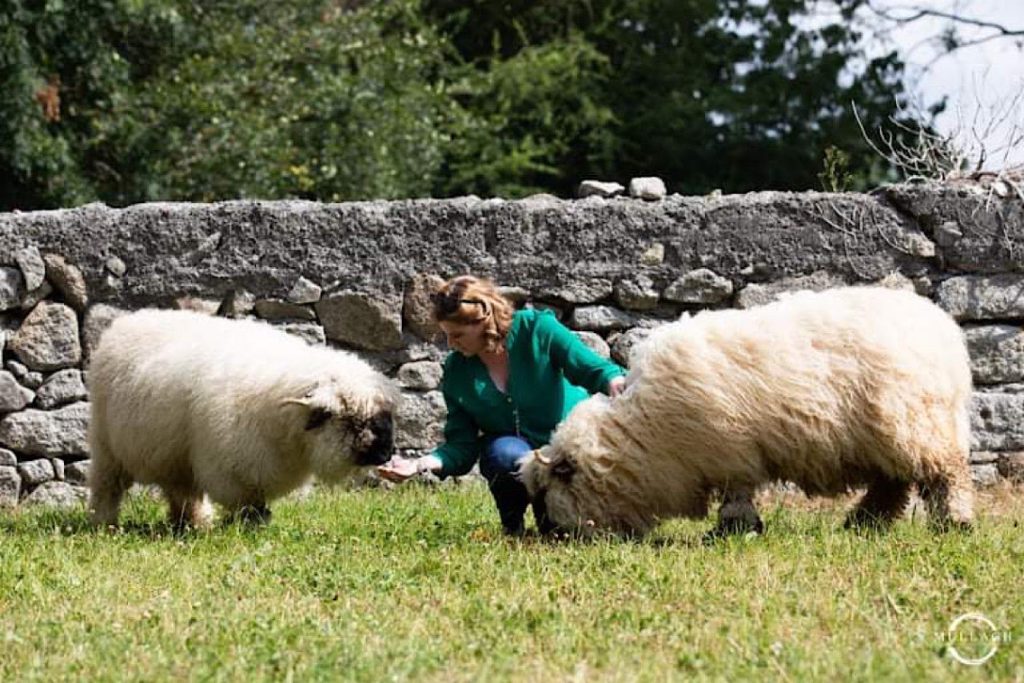 The following is a list of some of the flock’s achievements:

“My highlight would be getting the reserve female champion in the Blessington premier show and sale in 2020 with RCF2005559.”

Plans and the future of sheep farming

The Sheep Ireland member does not intend to expand the flock much more. However, he plans to breed better quality stock, achieve better sale prices and introduce new females to the flock.

“Sheep farming is a viable business if you work hard. You have to either love them or hate them. I was brought up with them, and it was never going to be any different.”

“My advice for people getting in pedigree sheep is to buy the best quality. You might get somewhere quicker at the start buying better quality and keeping your sheep numbers down.”

“I always make decisions myself, and they might not be the right ones. However, you learn from your mistakes and move on,” the Wexford Texel breeder added.

“My ultimate goal would be to win at the highest level. I will always hope to breed a Blessington champion and an all-Ireland champion.”

“The farm would not be possible without my mother and mother-in-law, Elizabeth Connolly, helping out with the boys,” the Irish Texel Sheep Society member concluded.

[All images: Mullagh Photography and Design]