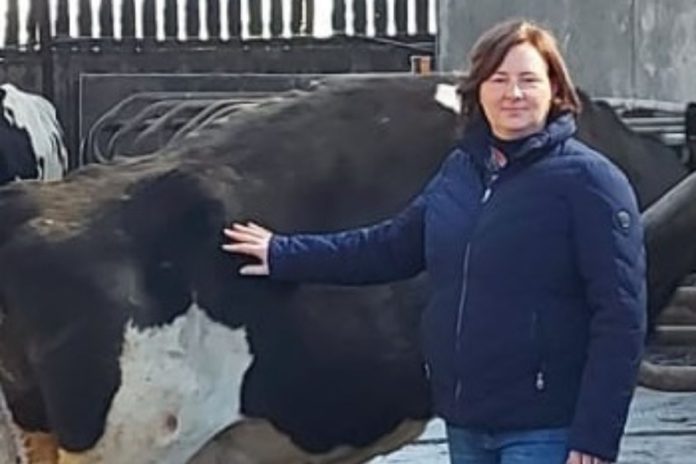 That’s Farming speaks to Sinead Quealy in this week’s Women in Ag segment. She discusses growing VirtualVet – the agtech company she co-founded and leads as managing director – from humble beginnings six years ago, how the technology aids farmers, the heightened importance of traceability, and life outside the business world.

She also has an MBA from the Waterford Institute of Technology (WIT).

After holding various positions since 1998, Sinead worked as a senior project manager at WIT’s Telecommunications Software and Systems Group from 2008 to 2016.

“I have been interested in technology from a young age, especially the services that technology enables and allows,” she tells That’s Farming.

“After initially moving to Waterford to teach, I ended up working in technology at WIT. I married Patrick, a dairy and beef farmer in the Kilmacthomas area, Co. Waterford,” says Sinead.

The Quealys farm about 160 pedigree British Friesians and finish bullocks.

Sinead’s love for technology and her familiarity with the farming world eventually sparked the idea for what is today known as VirtualVet.

“Growing up on a beef farm, I have always understood farmers and the challenges they face; their resilience no matter what happens, whether it be floods, droughts, foot and mouth – farmers are just expected to brush it off and keep going.”

“So when I moved onto the farm with my husband, things were changing regarding compliance and the growing requirements for record-keeping.”

“As I was also working in technology (at WIT), I saw how the one (technology) could help the other (farming), but from a different perspective.”

“I had seen a lot of agtech that was one-to-one transactional and solved one problem for a farmer. I wanted to create something that solved something for industry, like enabling traceability,” continues Sinead. 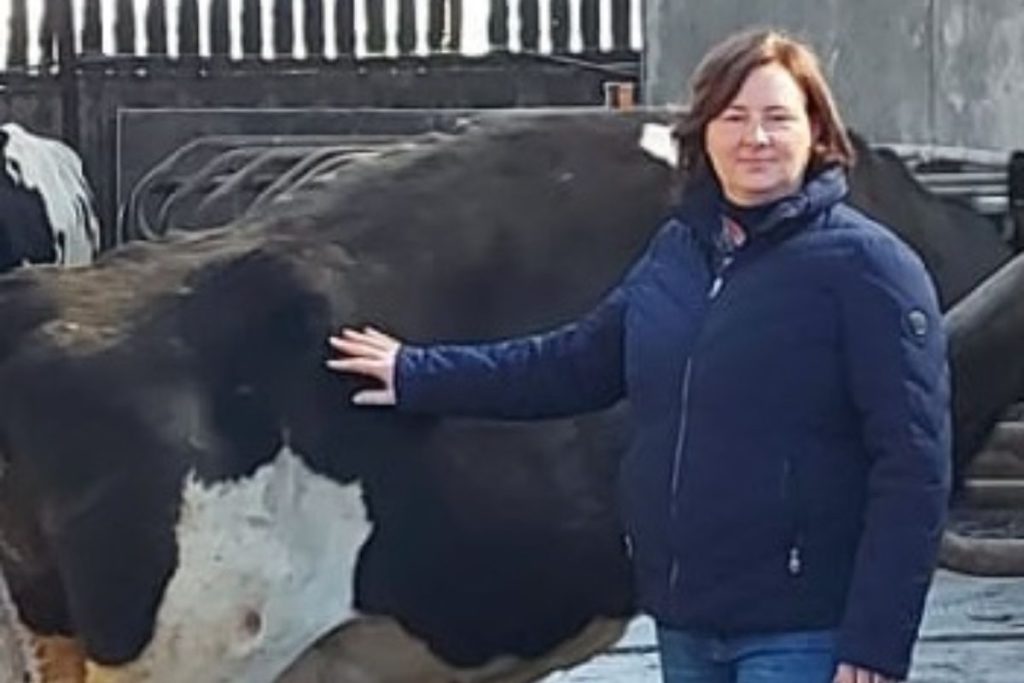 The VirtualVet platform is an online and support service that helps farmers build a synchronised drug book that is compliance-ready.

Accessed through the VirtualVet portal, the dynamic and editable drug book enables farmers and vets using the platform to build a near real-time record of herd health, including animal treatments and disease recording.

“Our service is about enabling really supportive recording and monitoring of veterinary medicine use.

“Farmers are very busy, and they need help. Our mission with VirtualVet is to make it as easy but also as accurate as possible. So, easy for the farmer and accurate for the industry that use the information.”

VirtualVet allows farmers to send their information by any means that is comfortable for them, be it by email, SMS, WhatsApp, voice message, a phone call or even sending a photograph.

The firm offers the service to farmers for free. It generates revenue by selling the data and insights to food processors and government agencies for verifiable veterinary medicine usage traceability and meaningful antibiotic stewardship.

VirtualVet clients include Bord Bia and the ABP Food Group, which according to Sinead, “are leading the way in traceability in a farmer-centred way”.

VirtualVet’s clients are from Ireland and Northern Ireland, although there is interest elsewhere.

“We see a big opportunity in America on the back of COVID-19. There are shorter (food) supply chains emerging there that want verifiable information. We are exploring the opportunity.” 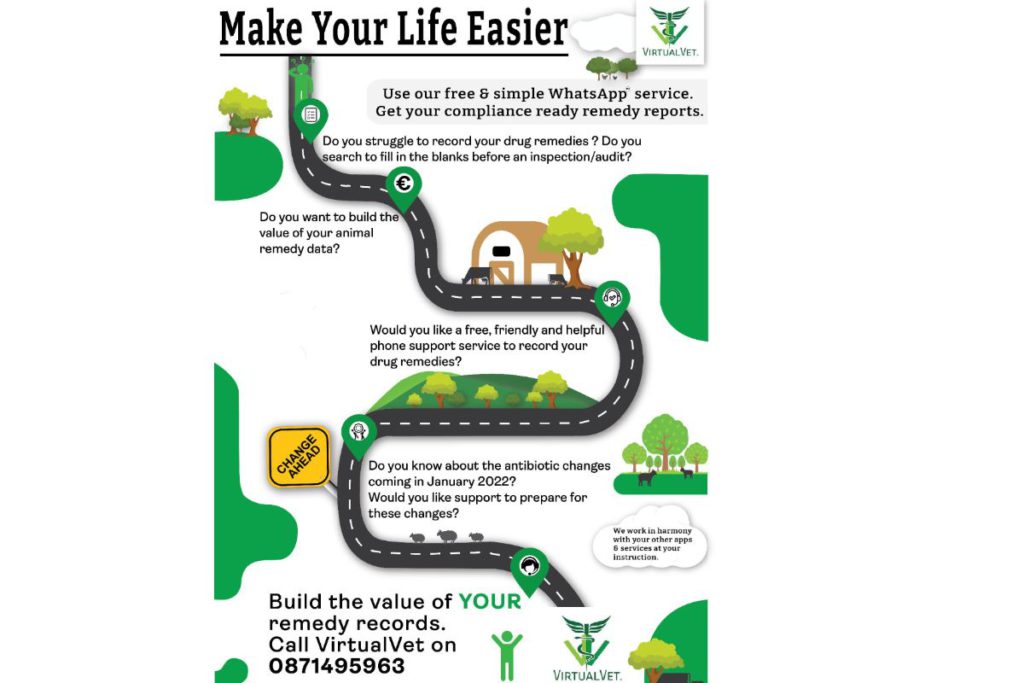 Lack of data used by processors

Regarding the upstream use of data and insights, Sinead says that food processors in Ireland need to become more clued-up about the possibilities VirtualVet’s information offers for traceability purposes.

“Food processors here need to improve and encourage their engagement. They don’t make use of the data and are rather trusting of others in the supply chain.”

“Processors need to have the data available to back what they are putting on their labels.”

“However, that is not the same thing as having the actual animal information on hand. There is a misunderstanding. The processors are saying one thing whilst they don’t actually fully understand or deliver on their claim of antibiotic stewardship.”

Sinead says that processors that do not access the information face the risk of losing out to the competition, especially as far as processors in other countries using this data to prove traceability are concerned.

“From a human health point of view, it is just as important. It is just the right thing to do.”

“Transparency protects the reputations of processors, retailers, and their suppliers. While there are protections to ensure food itself is safe, we are interested in veterinary medicine usage prior to the food entering a factory.”

“In the case of antibiotics, in particular, these medicines are shared with humans. Their usage needs to be more carefully considered. The alternative is an even more rapid and extensive failure rate of treatments in human healthcare.” 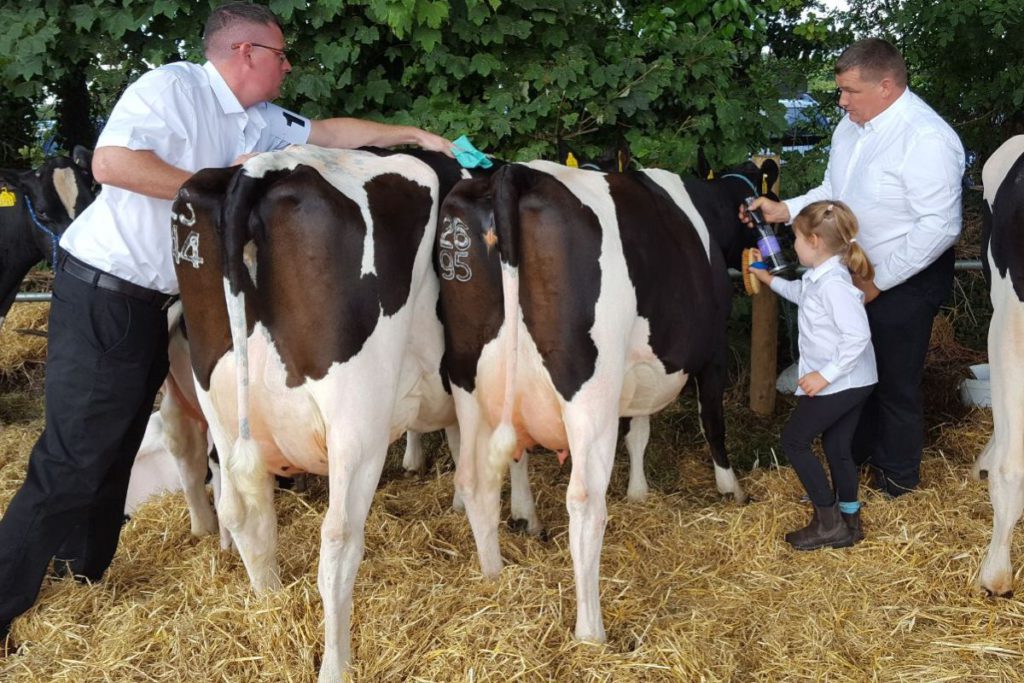 Looking at the increasing use of technology in agriculture, Sinead believes there needs to be more real collaboration.

“Perhaps the industry is too male-dominated. It feels sometimes there is a reluctance to trust and work together meaningfully. Instead, people try to do everything themselves rather than considering outsourcing specialised functions.”

Reflecting on the joys and challenges in starting a new company and building it up from scratch, she says:

“It’s rewarding when you meet like-minded people that are also committed to raising awareness on the importance of One Health – the acceptance that human, animal and environmental health are intrinsically linked.”

“Challenges include being looked on as suspicious merely because you have a private company.”

“There can be a fear from public service/civil service, in particular, that the private sector is only out for the enrichment of business owners.”

“The vast majority of business owners will testify that we pay staff before we pay ourselves. Starting a new business is not a get rich quick stunt. We have something to contribute to the greater good.”

She says life as a leader can be quite a lonely place as the final decision lies with you.

“You are the one that has to decide what opportunities are worth pursuing and which are a waste of time. You may not always be right.”

Still, Sinead says she is privileged to have wonderful support from her husband, friends, and board of directors.

“But I draw inspiration from my daughter (10-year-old, Jo). I want her to see that while her gender brings challenges and opportunities, she can still choose to try whatever she wishes to try in her future.”

Professionally, she draws old-school inspiration from Jane Austen – the power of subtle wit and observation.

“Also, former Minister for Justice, Nora Owen, for her ability to communicate clearly and openly.”

“More up-to-date inspiration comes from the appearance of Tolü Makay and Felicia Olusanya on the Tommy Tiernan show earlier this year.”

“The energy, joy, pride, and enthusiasm from two gifted female artists was a wake-up call – there’s life in this country. I am inspired by any female really because I know how much her achievements take.” 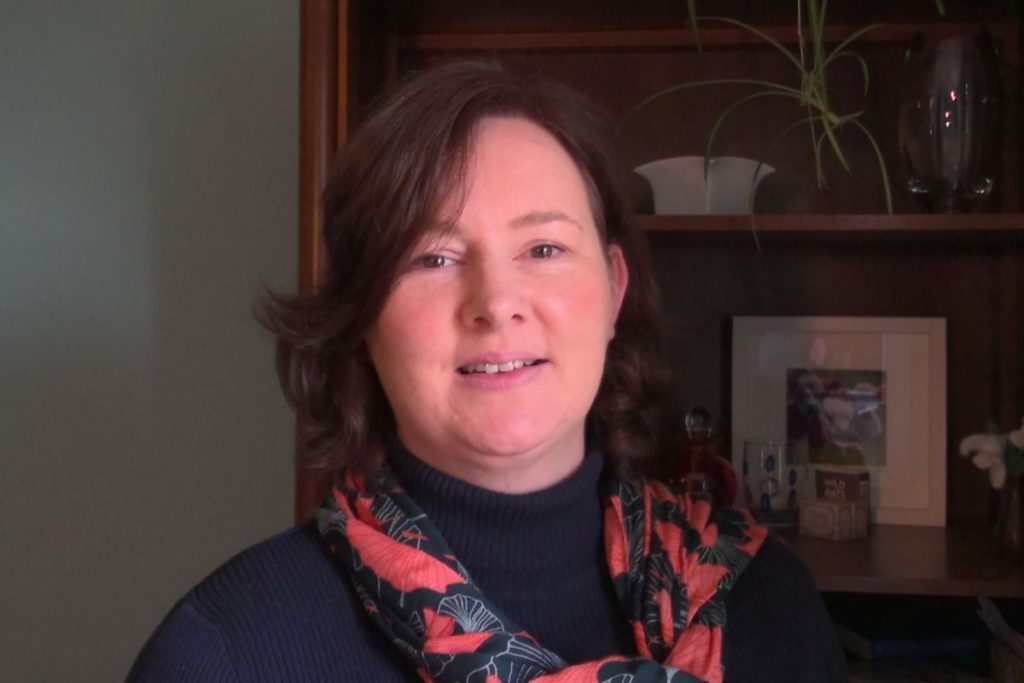 What the future holds

As for the future, Sinead is looking forward to doing pioneering research with international partners, starting in January.

She also believes there is scope for these specific agri-food and animal health industries to properly embrace the power of interoperable data in a true farmer-centred way.

Sinead also has some advice for entrepreneurs.

“Be careful. Investors are elusive, to say the least. Customers are much more important. Protect your time and energy and spend them where you are guaranteed a return – sales rather than investors.

“There is an industry out there designed to make you think investors are an indication of success and the only path to growth. Perhaps they are not.”

As for pet peeves, she has a distaste for greenwashing and general PR that does not match reality.

But it is not all work for Sinead. She loves spending time with her husband and daughter in her free time. Also, the Irish Pure Friesian Club is a family hobby that keeps them busy.

She is helping them with their new website, a destination for those interested in the breed and a platform for the breeders to promote their own herds.

“Next July, we hope to host the national open day for the breed on our farm. Again, it is a brilliant opportunity for the club and the breeders to demonstrate what we see as the sustainability advantages for this breed.”

“Given what is coming down the track, you want an animal that is going to do as much as possible for you. We feel this breed does that.”

Another family passion is rugby. “I coached mini and youth rugby for a few years, both in Thurles and Waterpark RFC in Waterford.”

“Rugby has a role for everyone no matter size, shape, or speed. That inclusivity is an approach I would like to see in our industry!”