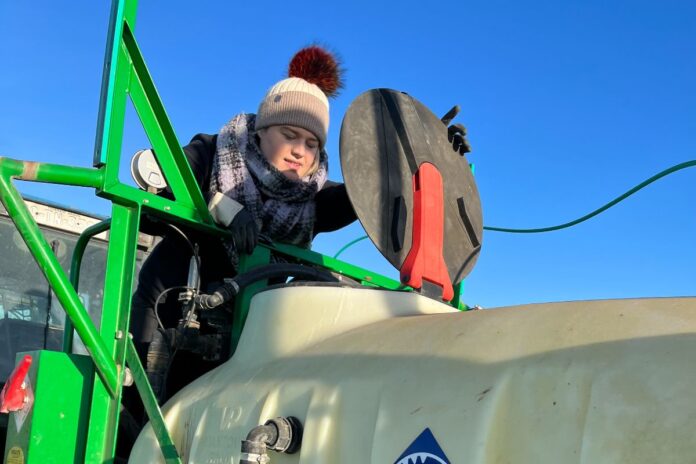 That’s Farming editor, Catherina Cunnane, in conversation with Niamh Hendy, in this week’s women in ag segment. Niamh is a fourth-generation tillage and beef farmer from Kilcrow, just outside Athy, Co. Kildare and presently farms with her father and brother.

She became involved with the family farm in 2015 after completing a degree and masters in law from UCD and TCD.

Also, she is currently works as a legal editor, a job which affords her flexibility regarding the demands of the busiest periods on the farm.

“Farming is very much in the blood; I would be the fourth generation to farm on the home farm in Kilcrow, but the tradition goes back much further than that.

I also come from a long line of women farmers who would have farmed just as intensively as their husbands/fathers/brothers but never would have been formally recognised on paper for such work.

Currently, I am in the process of completing my Green Cert in Kildalton with a view to forming a farm partnership with my brother, Eoin, and father, David, in 2023.

It will be a proud moment to be officially recognised on paper for the work I do. This is a privilege which I am ever-mindful was and is not afforded to many women working on Irish farms.

Going back to my early childhood, I have memories of being asked to stand in a gap after a stock breakout or bottle-feeding young lambs.

I always had an interest in agriculture and would have been eager to get ‘stuck in’ on the weekends and holidays from school and college.

It was something I always hoped to return to in a more formal capacity, and I am thrilled to be in a position to do so now. 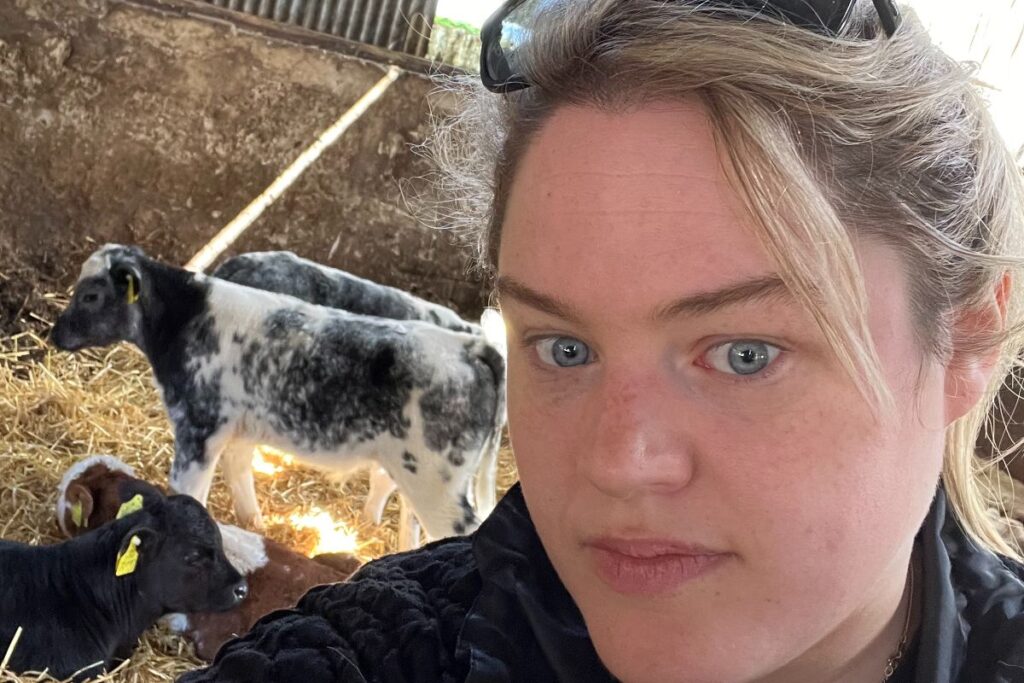 The farm is a beef and mixed tillage enterprise, growing winter and spring barley. We also keep some barley to feed our own cattle. Additionally, we grow fodder beet.

The farm is located between Kilcrow, Athy and Ballintubbert Co Laois. Additionally, we lease some land in Kellyville, Laois, and there is an out-farm in Vicarstown, Laois, which is in low input permanent pasture.

I am farming part-time at present and work off-farm as a legal copy editor for an online-based firm. It affords me the ability to work from home and offers some flexibility with regards to the demands of the busiest periods on the farm.

I have been involved with The Irish Grain Growers Group since its formation. I originally served as group treasurer, and this year was added to the executive committee, where I serve as general operator.

The Irish Grain Growers represent arable farmers in the Midlands, south-east and south of the country.

Our aim is to focus on and promote all the positive aspects of tillage farming. We want to improve the industry by promoting constructive communication amongst growers, consumers, manufacturers, and policymakers.

This year I was also honoured to be nominated as IGGG’s representative on the newly formed Women in Agriculture Stakeholders Group, a role I was honoured to accept.

Women form a large and integral part of family farms all over the country, and yet, the figures fail to reflect this. By and large, tillage is a major area where these numbers are not borne out in the official records.

Take the Knowledge Transfer groups, for example; out of 3,000 female participants across the programme, only 53 women from four counties represented the tillage sector in these discussion groups.

This number, I feel, is not indicative of the reality on the ground. We need to do more to encourage female inclusion in such schemes.

By and large, my experience as a woman in the agricultural sector has been positive. However, at WASG, we ran a campaign late last year asking women to share their experiences of being a woman in agriculture and the difficulties faced.

This was anonymous, and so women felt free to share without fear of reproach or stigma.

The results were simply astounding. The campaign highlighted the rampant sexism and discrimination which still exists in the industry.

This ranged from instances where women farming equally with husbands or other male partners were frequently overlooked by salesmen and others in the agri industry to succession issues and the desire to keep the land ‘in the family name’.

There is very much a patriarchal structure surrounding the agricultural industry in Ireland. We need to actively encourage and promote women in agriculture and make the space a more inclusive and diverse one, one which is welcoming to all.

The work of the WASG is pivotal in this. Simple things such as Instagram campaigns and take-overs highlighting the work of females in this industry allow younger girls to see what is possible and create a space which is less intimidating for them to enter into.

As the women in sport discourse has highlighted, ‘If she can’t see it, she can’t be it’.

Women are of vital importance to a farming enterprise, bringing varying perspectives and views to the business. Their role should be encouraged to promote a more diverse and progressive agricultural sector/industry. 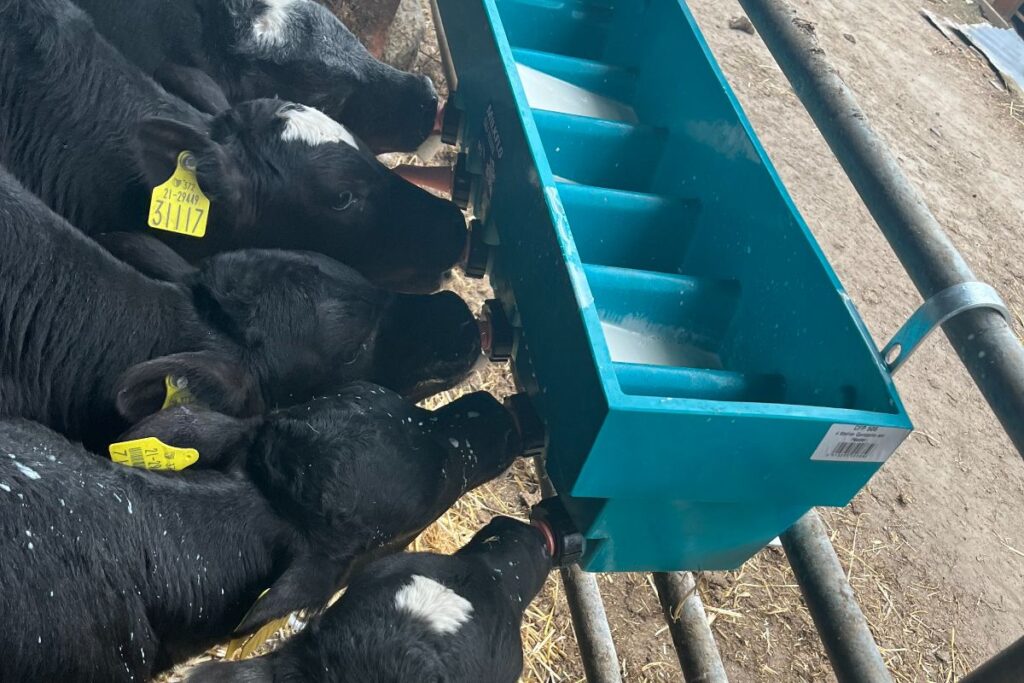 I love the variety that is afforded by the job. No two days are the same. During the day, when I am at work, I often find myself counting down the hours and minutes until I can get out in the fresh air again and tend to the calves or check on the cattle.

Do not get me wrong, the work can be very hard, and the hours do not lend themselves to a schedule.

However, it is extremely rewarding work. It also affords me the ability to be around my family more, which is a huge benefit.

In summer, we graze a number of cattle on a low-input permanent pasture farm we own in Vicarstown, Co. Laois. It is one of my favourite places to be on a summer evening. You just cannot beat it.

The issue here is not so much encouraging women into the farming sector as it is getting the official recognition for the work that they do.

CSO figures show that over a quarter of those working on farms in Ireland are women. Yet, their work is rarely officially recognised, and they are essentially treated as a minority group.

Because of this, women lose out in terms of pensions etc. They also have difficulties dealing with the department as their name is not on official documents.

Encouraging farm partnerships is a way to remedy this issue, and the increased rate of grants of 60% for women aged 41-66 years under Targeted Agriculture Modernisation Schemes (TAMS) is a great incentive to have women recognised officially on farms.

As highlighted, I am presently completing the Green Cert in Kildalton in the hopes of forming a farm partnership with my father and brother in 2023.

Our hope is to grow the business in the years ahead. The future is never certain; rising input costs this year are a worry going forward, but I remain optimistic about what lies in store.

I envision myself farming on a more permanent basis in the future, hopefully switching from full-time off-farm work to part-time.

My grandfather, Joshua Hendy, always said, “Any time we have now, we will have it in the evening”, which I basically take as we will get the work done now and relax later.

In other words, do not dawdle. My grandfather was the second generation to farm in Kilcrow and built up a very successful enterprise.

He was most definitely a role model for me growing up, so I think of those words often. Get the work done now, and we will reap the rewards later.”

- Advertisement -
Previous article
Diary: Almost any career in agriculture can be viewed as a vocation
Next article
Tuam: Cull cows to €2,310 and heifers to €2,100 in ‘blazing’ trade