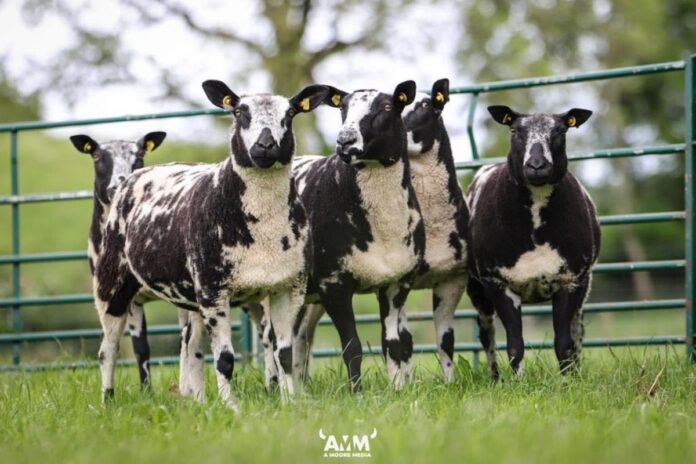 After several decades of pedigree sheep breeding, the Workman family from Co. Monaghan will bring to sale a selection of females and rams from across the breeds in the current flock next month.

“We have always had an interest in continental breeds. We have spent many weekends with callers dropping in to see our sheep, new breeds and exchange opinions.”

“The first one, Rouge, we embarked upon over thirty years ago, is still a firm favourite. The hugely popular Dutch Spotted will feature strongly in the sale, and we will offer them alongside Blue Texels and Badger Face Texels (Dassenkop).

They established Drumhirk ROUGE in 1989 from the French foundation ewes, and were involved in introducing this breed to Ireland.

Malcolm served as chairman for year one and two of the newly formed society, and Hilary took the role of secretary for the following 25 years.

Over the years, they have selected stock for tight wool and conformation, sourcing bloodlines from France, Belgium, and the UK.

Furthermore, they have successfully exhibited at agricultural shows all over Ireland and judged both here and across the waters in the UK. 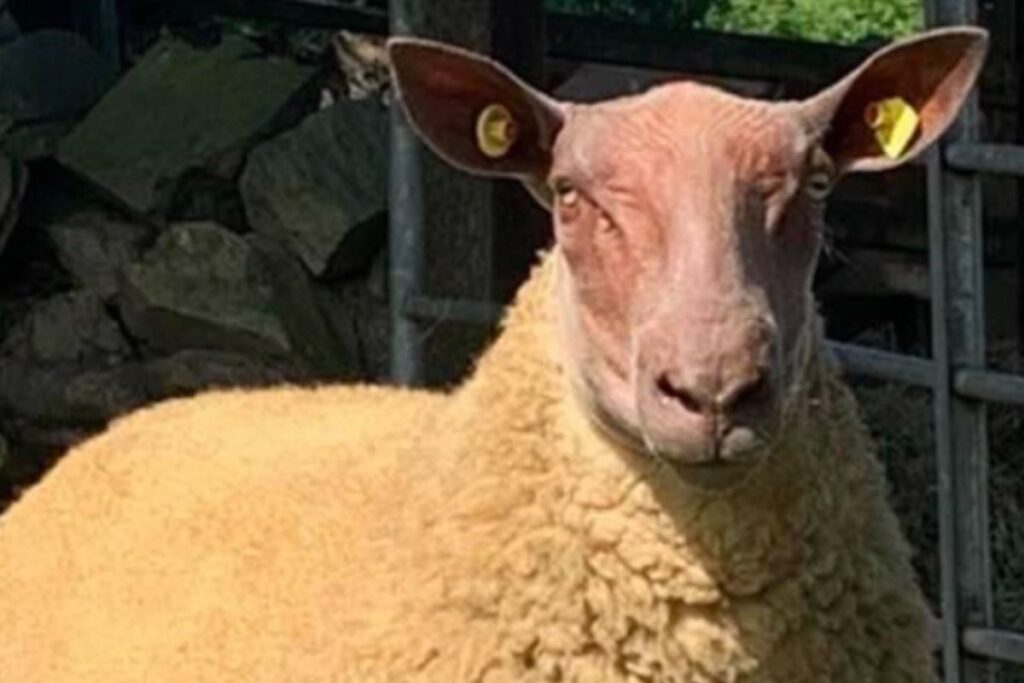 Both flocks were part of a group which formed the Irish Dutch Spotted Association in 2021.

They told this publication: “This exciting breed caught our eye as a breed developed to perform in Holland.”

“We are working with imported lines from Belgium and Holland and are delighted with both the pedigree stock and the crossing potential.”

“Lots offered are suitable as starter stock in the breed or to add to flocks already breeding,” they added.

The sale features several imported bloodlines and entries from the flock’s well-known sires, including HULK, SPOTTY LAD and the new, KILLER.

“We have to mention Drumhirk Decider, a HULK son, as a marker of the quality of our stock. Decider bought by Diamond & Johnston flocks in Northern Ireland has performed exceptionally, with lambs selling up to £6,500,” they added. 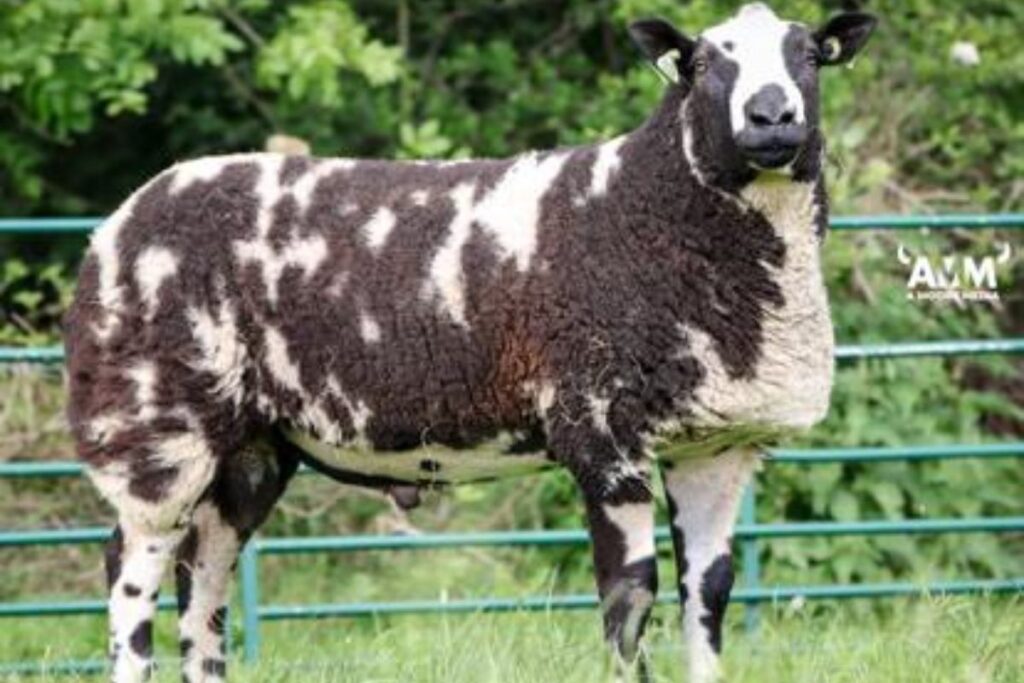 2017 marked the beginning of Drumhirk BLUE TEXEL, when in this year, they began to source stock in Belgium and registered the first lambs the following year.

They added more females and rams from “top” breeders in Belgium and the flock transferred to the Irish breed society two years ago.

Lots in the sale include a ewe with a “smart” ram lamb at foot.

Meanwhile, Drumhirk BADGER FACE TEXEL sprung from the family’s interest in this breed, also known as Dassenkop, in 2018 when they acquired some female stock.

With additional females acquired from Belgium, they are including an “exceptional ewe of flush standard” in the forthcoming sale.

The family added: “Everyone who sees them are impressed with their conformation, distinctive markings and quietness. All in all, the breed is gaining popularity in Ireland.”

Concluding, the family said: “This sale will interest many sheep farmers, ranging from both new and established pedigree breeders to commercial flocks wanting to try a ram from these exciting breeds.”

“Follow us on the Facebook page, SUPER SIXTY SALE, for updates and photographs as the sale date approaches. The catalogue link will be on the page or message us to receive an email copy.”

“Our catalogue is ready, and we are having a pre-sale viewing on-farm on the weekend before the sale. This is open to folks interested in the sale sheep and people interested in learning more about the breeds,” the spokesperson concluded. 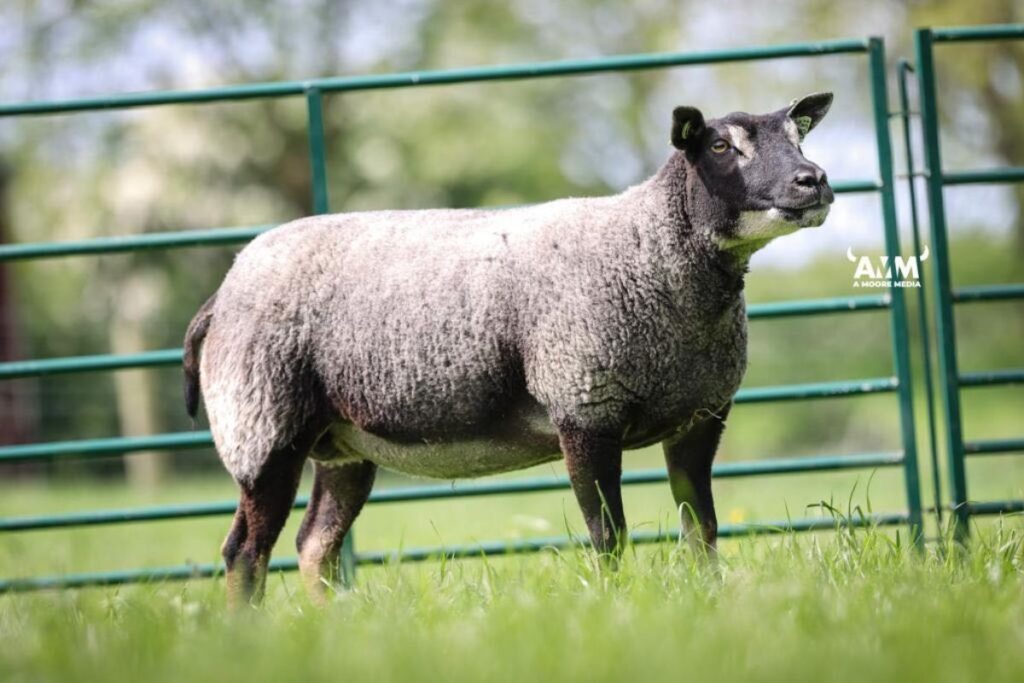