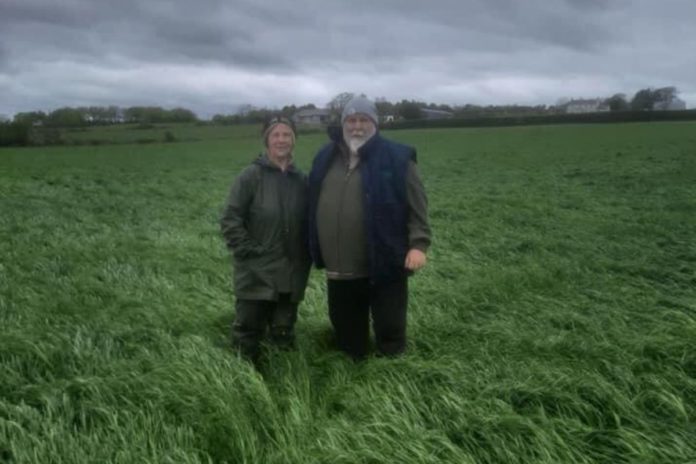 In this week’s Suckler Focus That’s Farming, speaks to NI suckler farmers, Sandra and Stephen Gowdy. We discuss securing up to £1,000 for weanlings without using concentrates, moving away from compact calving, and the future of suckler farming.

Over the last five years, the farm has moved away from a “more traditional west of Ireland black cow”, which they crossed back to a Charolais bull.

“I always had a fondness for Limousin cows. People talk about their temperament, but as it is very much my wife and I here, we have not had any problems with temperament.”

Stephen outlined what traits he seeks in his Limousin breeding females.

“I am looking for a cow with power and milk that will cross onto a Charolais bull as a second-calver.”

“I want to buy a heifer that will mature into a 750kg cow. These cows will finish as breeders and command a premium price at the mart. I am not looking for a 550-560 kg mature cow weight.”

“We buy our replacement heifers at special breeding sales in Ballymena Livestock Market in autumn time. A good U-grade, black or red, suits us as we are not keen on giving crazy prices for roan heifers.”

“One of the main things I have learned over the last few years is to pay more attention to these heifer’s feet. Hoof care trimmers are expensive visitors.” 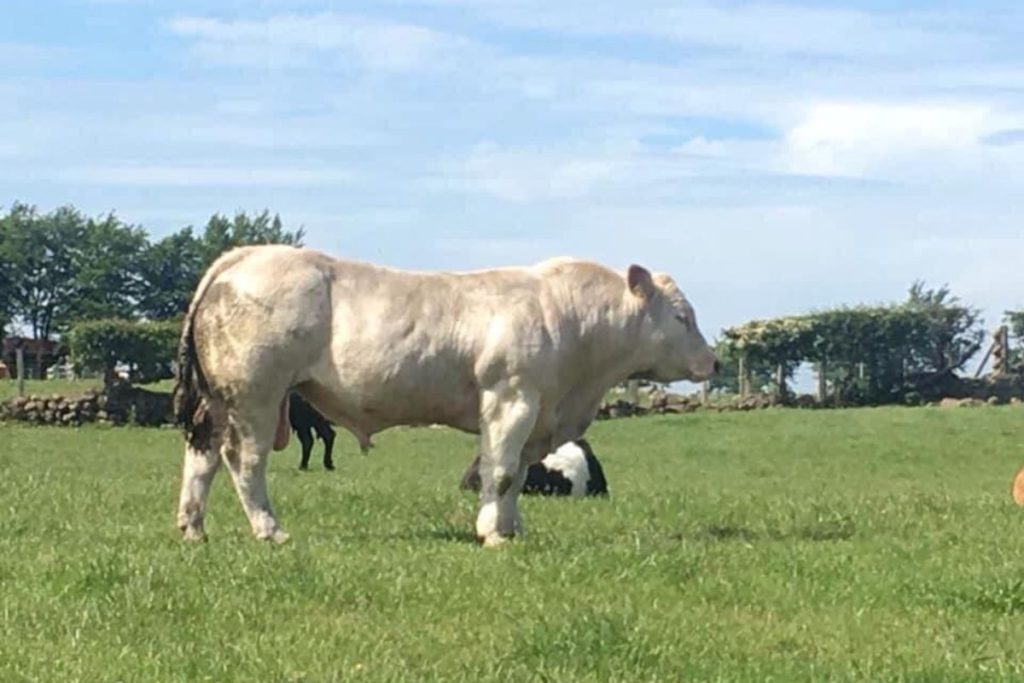 Two-thirds of calving takes place in springtime, with the other third in autumn. Bought-in heifers are all put calf to Limousin sires.

“The heifers are all bought in at over 30 months of age, and we assist 70-80% of calvings. We manage the workload through long days and nights.”

“We would have been calving cows tighter until this year as we had problems with bulls that such as lameness and others that got sunburnt.”

“We do not get that stressed about having to calf cows in June or July. Our job is to produce suck calves, which starts at calving, no matter what time of the year.”

The herd’s calving interval is 370 days, allowing the husband and wife team to get cows back in-calf within the year. Mature cow weights are from 700kg plus.

“We achieve a 370-day calving interval by working closely with our vet on all aspects of animal health and use Animax Tracesure bolus on all cows and heifers in the herd.” 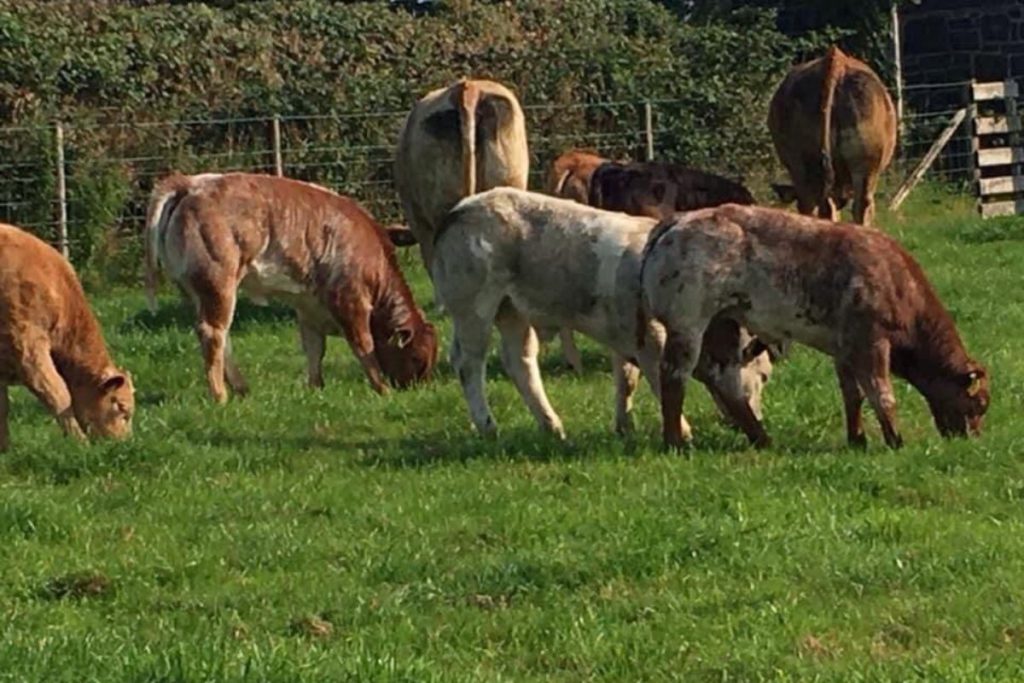 The farm uses a team of stockbulls and no AI because of the land base’s fragmented nature.

There are six bulls on the farm, which includes three Limousin and three Charolais. Twenty-five cows are set out per bull, and bulls are rotated every six weeks.

Handling facilities on each of the six parcels of land would not be convenient for drafting cows for AI.

The herd sells 50% of calves at Ballymena Livestock Market, with the other 50% to repeat customers on-farm.

“Calves are sold at an average weight of 300kgs. I could sell more calves than we are fit to produce. We sold the latest batch of calves three weeks ago in Ballymena Livestock Market; they were a mixture of Limousin and Charolais heifers and bulls.”

“We obtain these prices for weanling through grassland management with twenty-five acres reseeded each year and regular worming of calves.”

“I am always trying to buy better heifers and bulls year-on-year, and through better genetics, I try to breed a better calf.”

“People that buy our calves know they have not been pushed with meal. So, they are quite happy to buy them and introduce them to meal.”

“Meal is getting expensive. I cannot justify starting to feed calves at two or three months of age. All I would be doing is creating a large meal bill that is going to take the price of many of my calves to square up.” 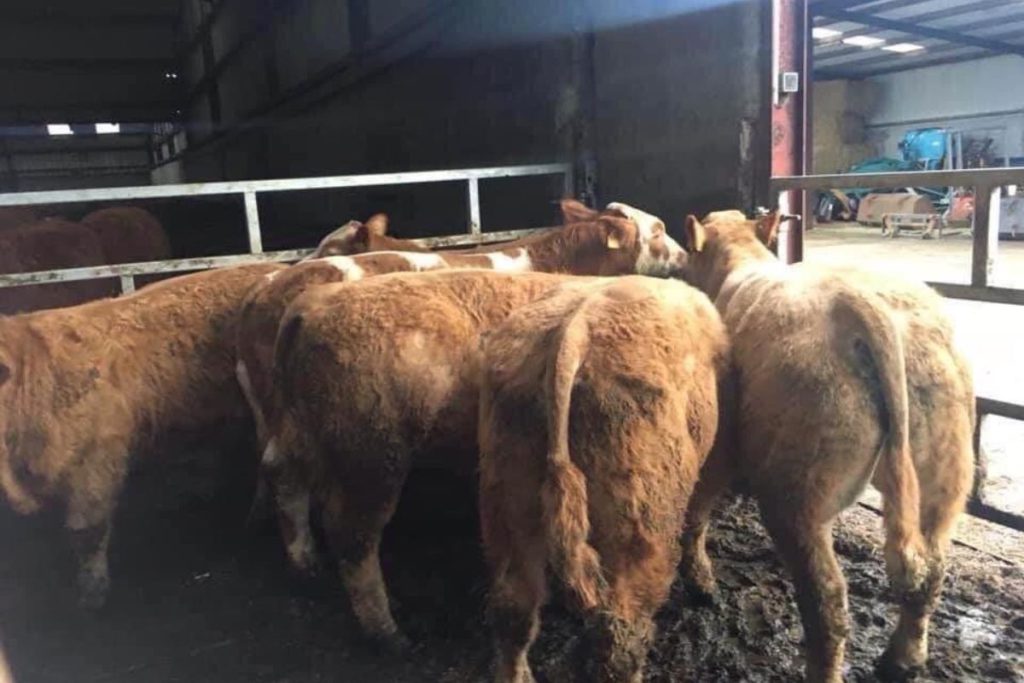 Stephen provides an insight into the farm’s culling policy.

“If a cow is breeding well, she will stay until we think that another winter could be too hard on her. Not going back into calf would be the main reason for going to the cull cow ring.”

“Every year, it varies how many cows you could cull per year with strong prices for cull cows. We are culling cows that, in the past, might have been slower to get back in-calf. We would have given them another chance. They are not getting that chance now.”

Stephen outlined why he does not keep any of his weanling heifers as replacements on the farm.

“There are no replacements kept. With heifer calves averaging around £1,000 and the fact we are working on rented land, the time it would take to get a return would not work.”

An in-calf heifer bought in November, calving in December/January is going to give me a return quicker than grazing a suck calf for a couple of years and, winter’s even if she is £2000.” 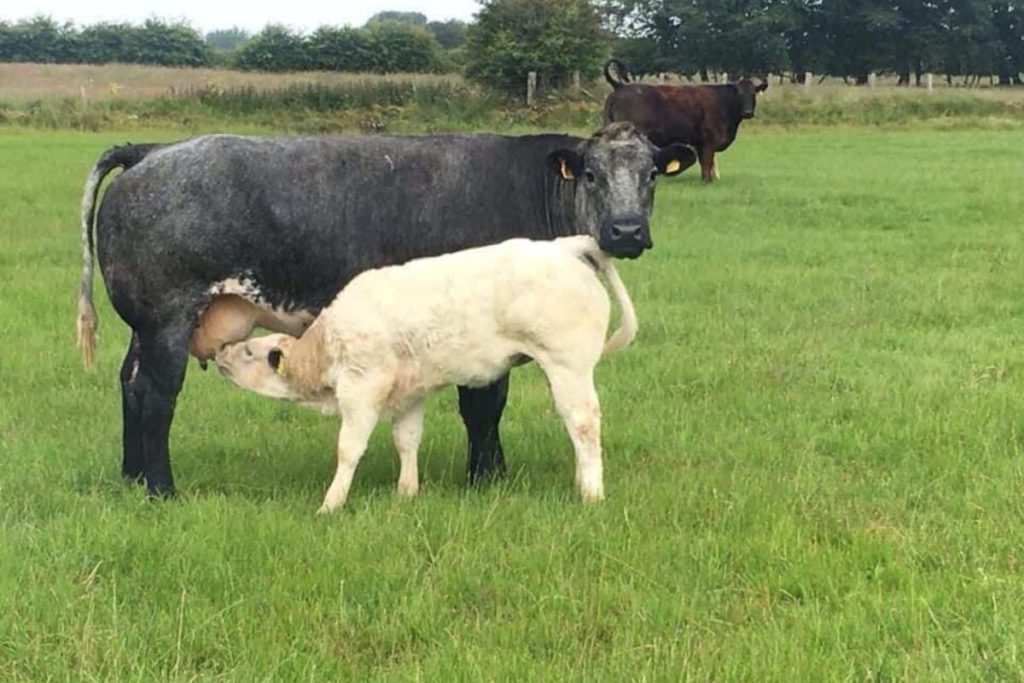 The suckler farmer stated he is angered by increased volumes of paperwork in response to government regulations.

“Paperwork and rules/regulations are put in place by people that know absolutely nothing about farming. They know nothing about the work and time that goes into producing what they eat.”

“They have not got a clue. Instead, they sit down and come up with silly ideas about climate change, pollution, and all sorts of nonsense.”

“Do you think if we cut the carbon emissions from the whole of the island of Ireland and got rid of every animal tomorrow, that it would have an adverse impact on the world’s climate change, when you look at China, Russia, and America?”

“Do you really think if they stop a cow passing wind in Mayo, it will impact climate? This is what they want you to believe when you read some papers or watch television.” 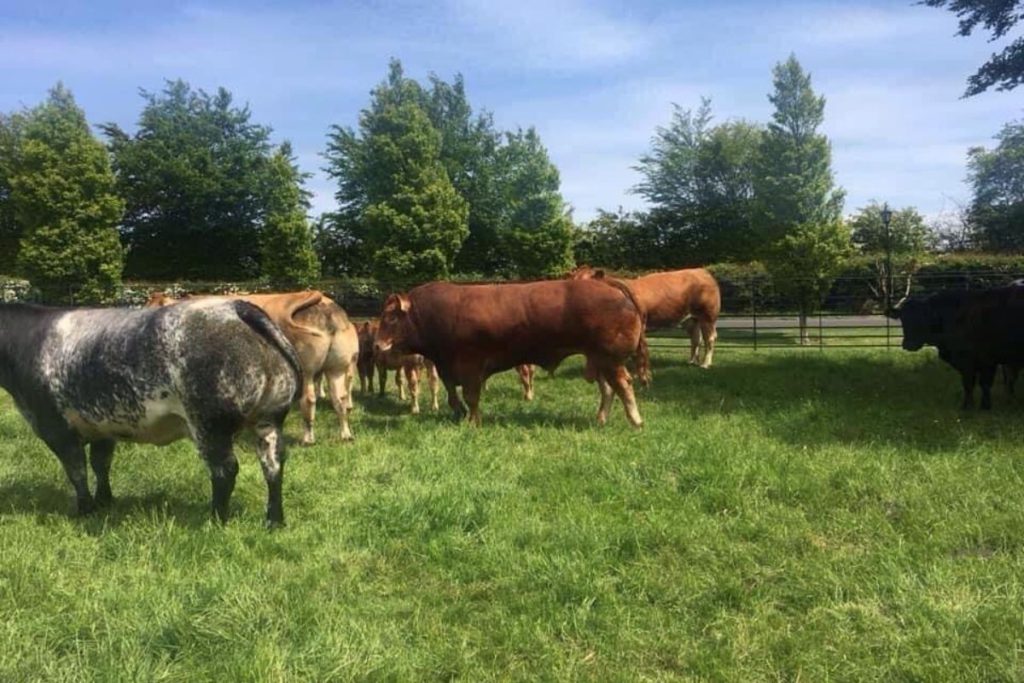 Stephen outlined his view on prices for dairy-beef calves and dairy farming.

“Prices being paid for dairy/beef dropped calves around here are mad, in excess of £500 plus for things that get worse as they get bigger.”

“The dairy farmer is the only person they worry about. I have no cheque coming in here on the 20th of the month for milk plus, £££ for the calf.”

“You never secure enough for your weanlings. If my calves are too dear when they are sold, I am only biting off the hand that feeds me. Without the finisher getting a turn, I am finished.”

However, despite these concerns, Stephen, along with his wife, intends to gradually increase cow numbers to 250 cows and welcome their grandchildren to enable them to take a step back in years to come.

“We are increasing cow numbers as we have a demand for the calves we produce.”

“Suckler farming is looking better than it ever did. Many people have gone out of sucklers, increased sheep numbers, and ventured into dairy farming.”

“There is going to be a market for the farmer that can produce the proper suck calf,” the suckler farmer concluded.

- Advertisement -
Previous article
Dispelling 7 common myths of the farming world
Next article
Sheep breeding season: ‘Fail to prepare and be prepared to fail’