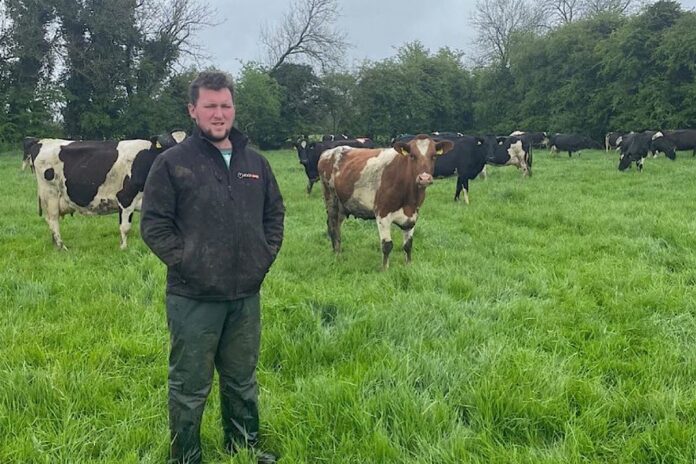 In this week’s dairy farmer series, That’s Farming, speaks to Padraic Joyce, Co Meath. He discusses juggling a hoof pairing business with a dairy enterprise, taking out a €30,000 loan to begin dairying, EBI, the benefits of zero-grazing and challenges in the sector.

Dairy farmer Padraic Joyce (34) from County Meath ventured into dairying “as cheap as he could” by taking out a €30,000 loan and restoring the family’s old 6-unit milking parlour.

The Rath Cairn, County Meath, native runs an 80-cow herd with 30% of these Jersey-cross females and the remainder Holstein Friesian.

The enterprise consists of 130-acres (of which 50-acres is leased land), with 40-acres making up his milking platform.

“I needed something when I got into dairy cows to get me on my feet regarding money for myself and not to be drawing out of the farm. There is no extra money to pay you starting, especially with a small herd,” Padraic Joyce told That’s Farming.

“I always wanted to farm and was always looking to do something along the farming end, but I was not sure what side of it I wanted to do. I always had an interest in the dairy end of it. Moreover, I felt I knew nothing different, and I liked it.”

“My grandfather, Steven, sold up everything to come up from Connemara to farm. It was a land commission thing that they came up to Rath Cairn. There were all given 20-acres. They would have always been involved in farming.”

At the age of seventeen, Padraig attended Ballyhaise Agricultural College to complete his Green Cert for three years and then enrolled in DkIT to undertake a BSc in Agriculture.

His father, Padraic, previously milked 40 Holstein-cross British-Friesian cows. He exited dairying and ventured into suckling when his son, Padraic junior, went to college. 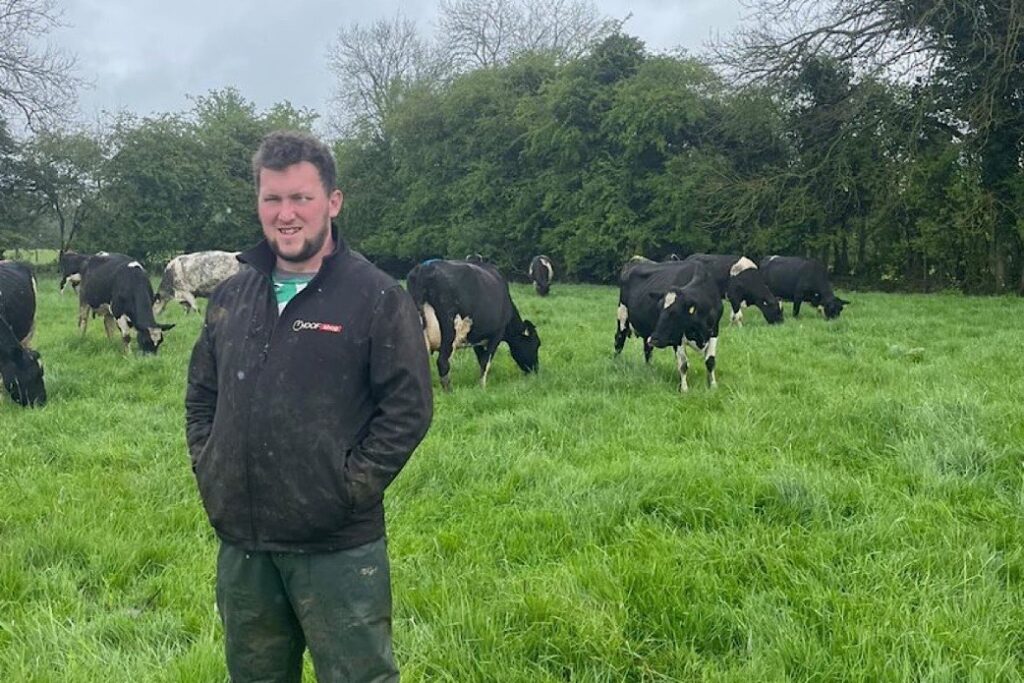 Developing the herd and breed choice

Padraic bought all the surplus heifers each year from Hannon, which he initially intended to sell and, after rearing them, put them in-calf and sold them annually.

However, one year, Padraic wanted to do “something for himself” and retained 40 heifers that he had earmarked to sell. Since then, he has built up his herd annually by retaining replacements.

Padraic’s desired cow type has an average EBI of €169.

“I find Holstein Friesians cows are good all-rounders. They would be your 5,500-6,000-litre cow. I look for a nicely maintained cow. The milk solids would be relatively good in my cows.”

According to Padraic, an average of one-tonne and-a-half of concentrates achieves the above performance data.

Last winter, he trialled zero-grazing on 40-acres of land a mile away from the farm, which was easily accessible. He previously used silage bales as a source of fodder for his cows.

“I think there were benefits from doing zero grazing. I do not think it is for everyone, but it suited my situation because we were heavily stocked. We would have to be buffer feeding anyway.”

Padraic utilises nine weeks of conventional AI on the herd and then uses two Simmental stock bulls to mop up.

The Meath dairy farmer selects his sires based on “good” fertility. He said he has gone towards a bull with more milk in his sire choice this year.

The family always calved their cows in February. Padraic said he has no plans to push their calving period back to an earlier date – due to work commitments.

This year, he calved his cows on February 1st, having started calving in mid-February last year.

He commented that the change to earlier calving dates was to sell Friesian bull calves earlier in the year and supply milk to his co-op earlier.

According to Padraic, cows require very little intervention during calving, and his herd’s annual calving interval is 380 days.

Padraic keeps 20 replacements and culls up to 10 cows annually due to high SCC or fertility issues.

He sells his Friesian bull calves at ten-days-old at Carnaross Mart and up to 20 Simmental-cross cattle as stores in the Meath-based mart at one-year-old.

“In my opinion, 24-months is the most economical age for calving heifers. If you had heifers calving down at three-year-old, they are elephants coming in. We do not run a winter-milk system.” 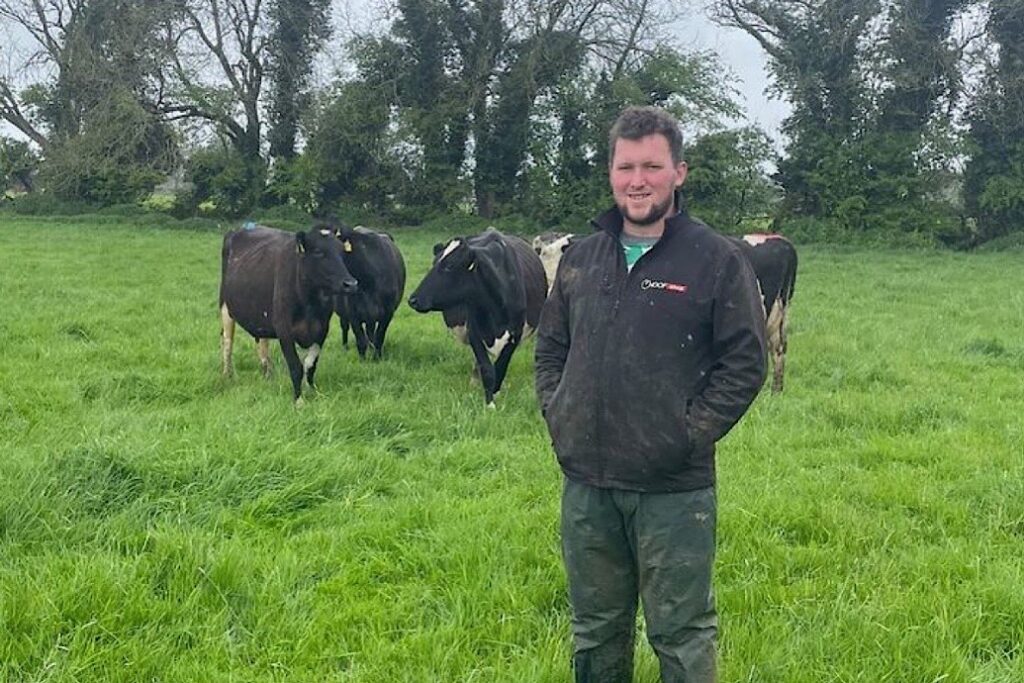 Padraic milks in a 12-unit Dairymaster milking parlour, which he installed in December 2021. In the future, he plans to install milk meters and automatic cluster removers in the parlour.

Milking time takes him an average of 90 minutes twice-a-day.

Other farm infrastructure includes a 40-cow cubicle shed and a straw-bedded shed. Furthermore, he hopes to build another cubicle shed in the future. 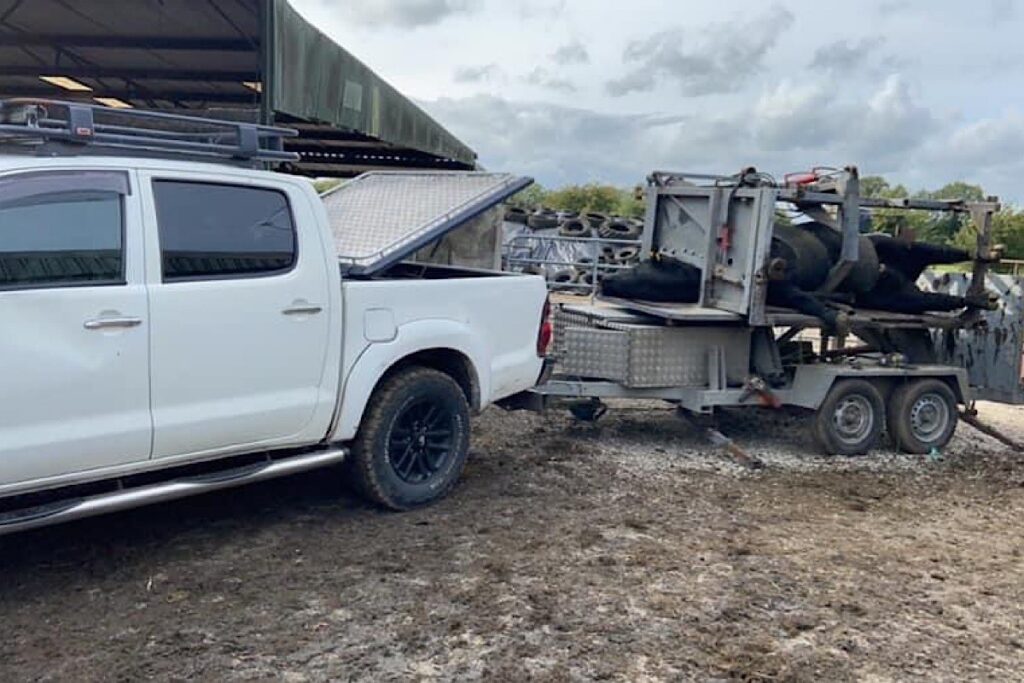 Other challenges that impact him include rising input costs, his high stocking rate, and environmental difficulties.

Padraic is not in derogation and only has a high stocking rate on his milking platform. He takes a meadow from his neighbour, to who he gives slurry.

According to Padraic, the herd’s stocking rate is 5.0 LU/HA.

“In my opinion, slurry storage is going to become an issue with holding dirty water and this new rule of having the capacity to hold the extra slurry that is needed to be held.”

“The windows are getting tighter all the time to try and spread it between weather and when you are allowed to spread it.” 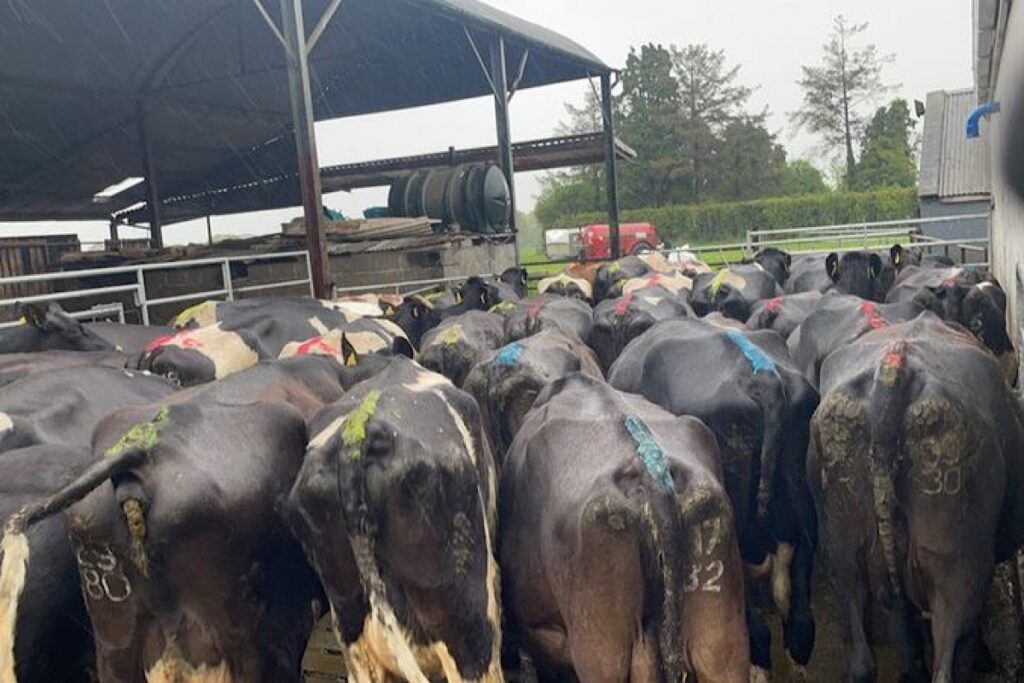 Padraic is unsure about expanding cow numbers but wants to “improve” his herd and continue farm reseeding.

In addition, he aims to reach 500kgs of milk solids per cow and tighten his calving pattern.

“It is hard to know the future of dairy farming; it is a challenge. Everyone wants cheap food. With the environmental challenges, I think dairy farming is nearly like a bad word at the minute.”

- Advertisement -
Previous article
18ac plot of land for €9,260/ac ‘a great start for young farmers’
Next article
‘The increased cost of making multi-cut silage must be recouped with concentrate savings’