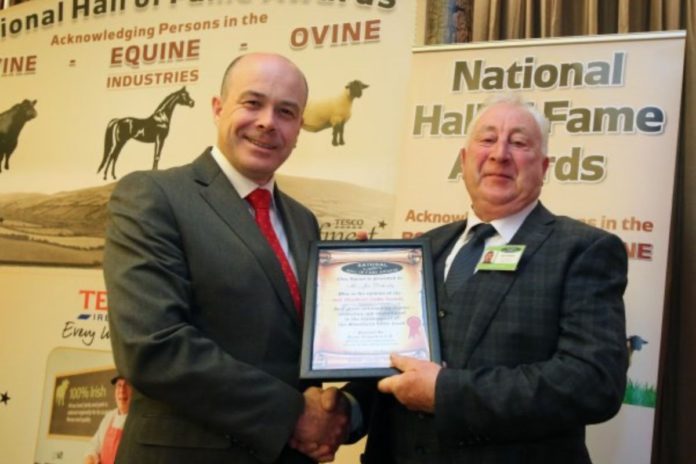 ‘Over the last 15 years or more, suckler prices are probably at a standstill’

In this week’s Suckler Focus That’s Farming, speaks to suckler farmer Joe Doherty, owner of Kilbeagh Beef Shorthorns. He discusses switching from commercials to pedigrees and his presidential term with the Irish Shorthorn Society.

“She developed mastitis, and we felt that she might not be suitable to pedigree breeding. She was 820kgs when he was sold a year ago in Mayo-Sligo Livestock Mart. That was the end of that cow line,” Joe Doherty told That’s Farming.

“We farmed commercial sucklers and stayed with them for a few years with one or two pedigrees and gradually built it up. By 2008 or 2009, we had a full pedigree herd.”

Joe outlined why he selected the breed and the traits he seeks in Shorthorn breeding females.

“I like to see an easy-type animal with good shape and good broad-end. I like a good big cow with a nice head, good straight legs and a nice coat of hair.” 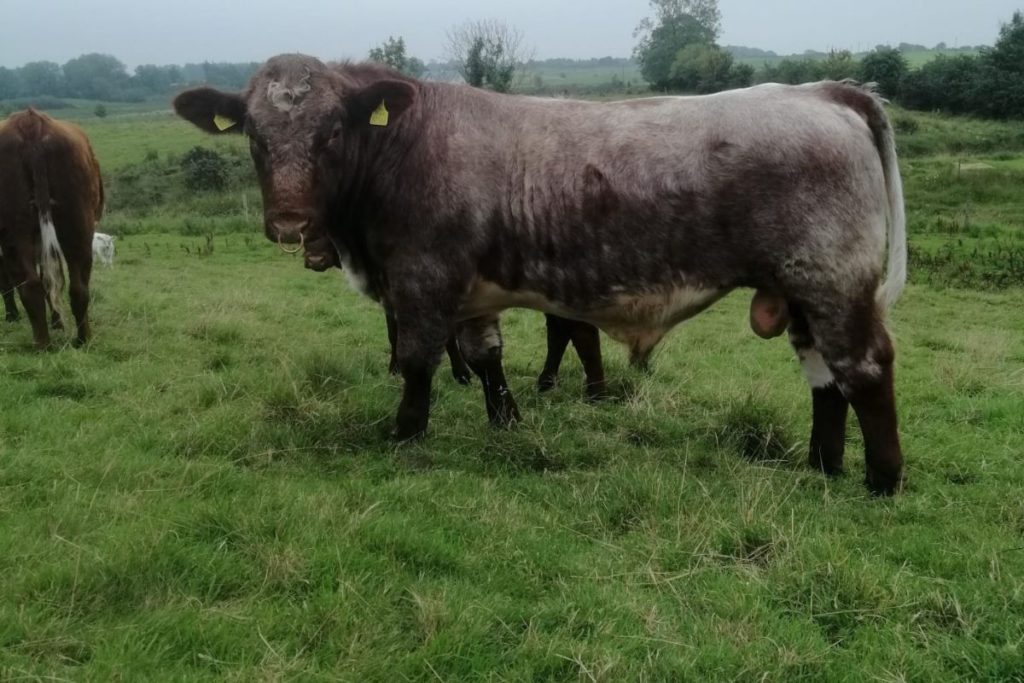 Each year, Joe sells up to fourteen weanling heifers at Irish Shorthorn Society premier and club sales and retains up to four females as replacements.

The Mayo native sells some bulls as yearlings and others as stock bulls through on-farm sales.

“In the past year, I sold four bulls on-farm. These were young bulls at a weanling stage. Two made over €2,000 each last back-end at eight or nine-months-old.”

“One was a son of our stock bull, that went to Tyrone, and he sold for €2,100. The other bull was out of a stock bull that I sold on just before it.” 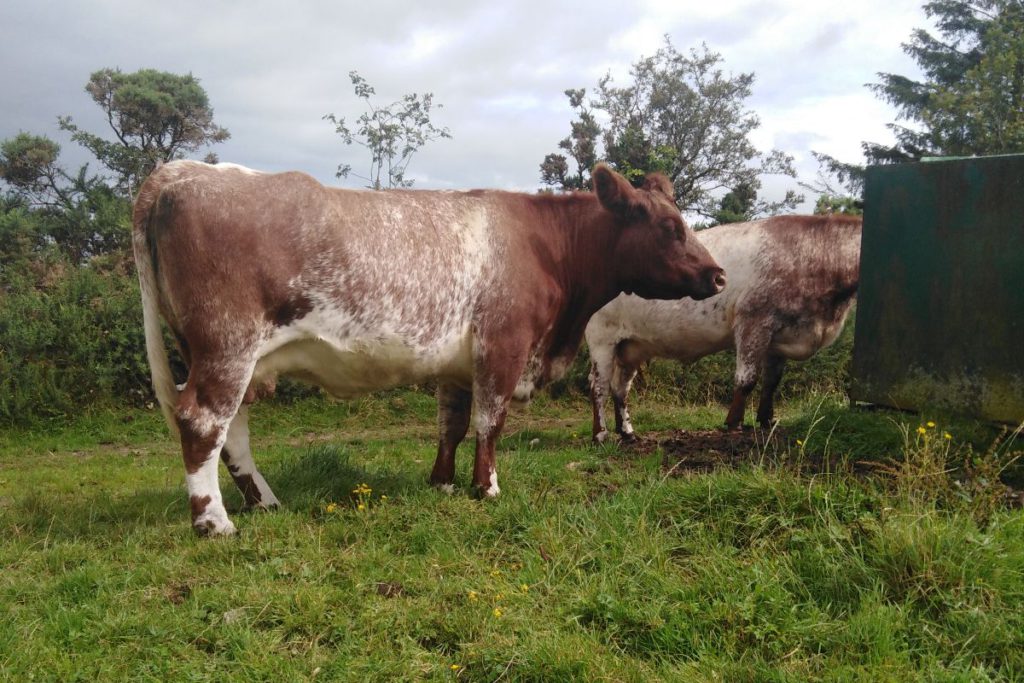 Calving takes place from January until the beginning of April on the farm.

“If you happen to have a good quality calf that you are taking to shows, it is ideal to have the calf them in the early months and if you are selling in the back-end to have them strong for the autumn sales.”

He is used as an outcross sire on the herd, while females with shared bloodlines are AI’d.

Some of these include Crooked Post Drover, DRS Super Mario, and Napoleon of Upsall- P, Sprys Patents Ace and Paintearth Rama.

“There would be buyers looking for sons and daughters of newer bulls on stream and some of the imported bulls that would be taken in from Canada and Australia.”

“I was an Irish Shorthorn Society council member for fourteen years. I was president in 2009 and 2010, so I would have much insight. I would have access to the information on all of these things.” 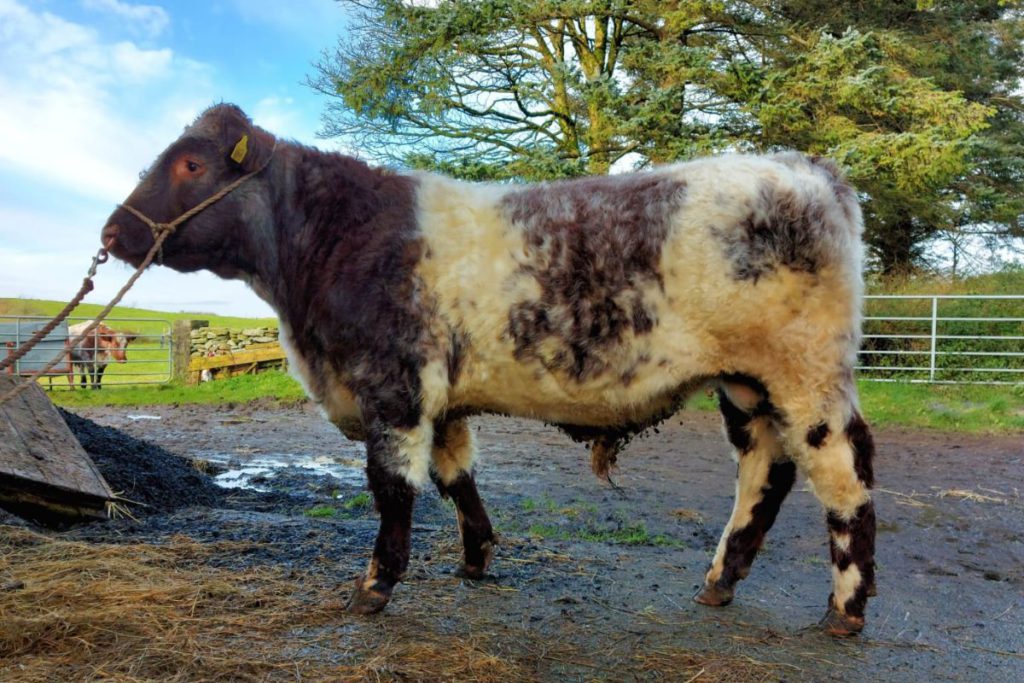 In the past, Joe showcased his Kilbeagh Beef Shorthorn herd at three to four agricultural shows before the Covid-19 pandemic. These included Bonniconlon Show and all-Ireland classes in Elphin.

During Joe’s one-year presidency with the Irish Shorthorn Society from 2009 to 2010, he established the all-Ireland bull and heifer classes to coincide with Elphin Show.

“I thought it was a time of year when calves would be looking good.”

Tapping into the commercial market

“The Shorthorn has an awful lot to offer, and as well as that, the popularity of roan cattle at the moment is end price.”

“So, I think the commercial farmer should put in a good Shorthorn stock bull from time to time. It would have huge benefits for them, particularly in the line of producing replacement heifers.”

“Over the last fifteen years or more, suckler prices are probably at a standstill, you could say.”

“For the ordinary suckler farmer, it was becoming less and less economical because if you were feeding, the price of the meal and the price of feed.”

“Commercial prices are not viable, but at pedigree prices, it is just about viable. There is a bit more feeding involved when you are in the pedigree business.”

“I cannot see commercial breeders barely making ends meet with the costs and how this year seems to be on the up. The margins are still not adequate.” 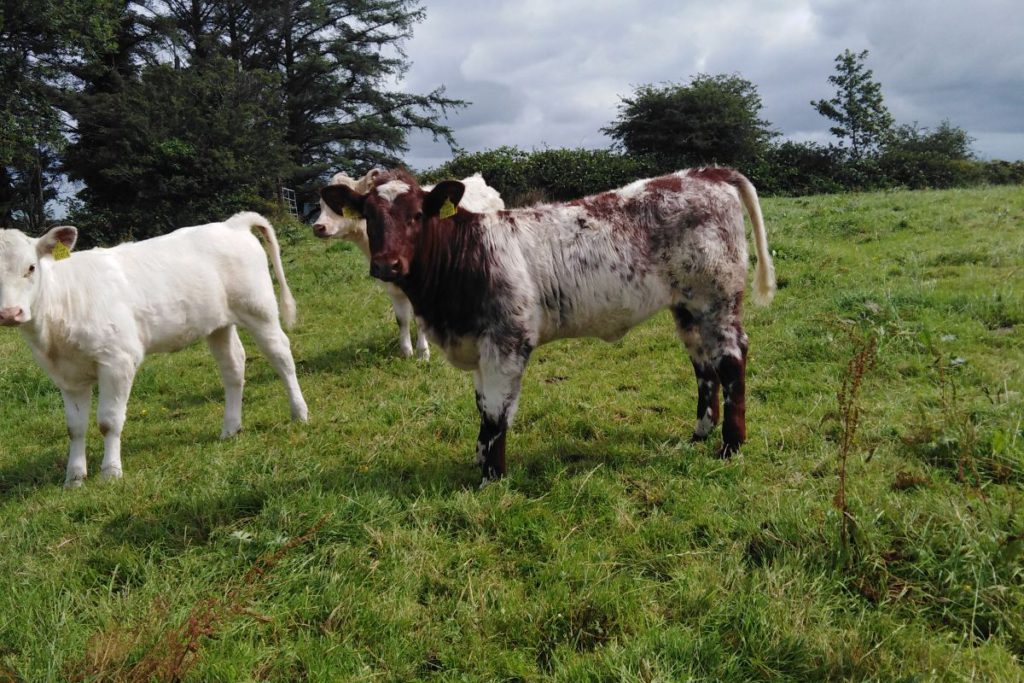 Joe intends to continue farming his suckler herd and welcoming the next generation to farm the land.

“It can be an area where there is not much room for expansion. It is an area where a lot of land would not come on stream to enter anything.”

“To be a really successful pedigree breeder, you would want to know what the customer wants.”

“Then, you have to try to have the outcrosses and produce an animal that looks and performs to a good standard,” the pedigree breeder concluded.