That's FarmingThat\'s Farming Irelands Largest Farming News, Properties and Classifieds Network
HomeEditor's Picks‘I think there should be a set price for every contractor’ –... 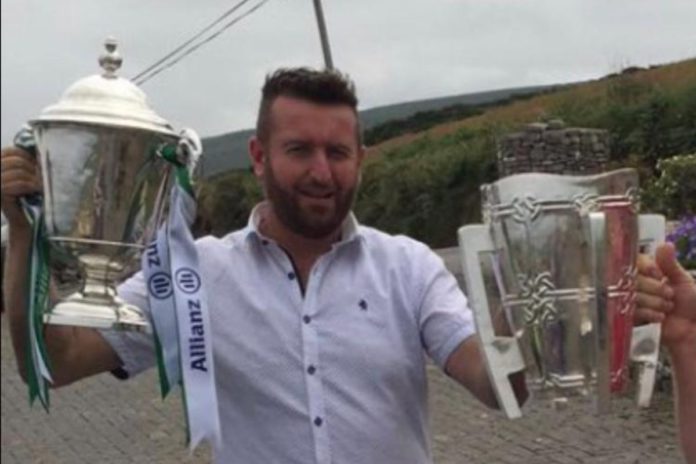 As part of this week’s Agricultural Contractor of the Week segment, That’s Farming, speaks to Johnny Lyne from Johnny Lyne Agri and Plant Hire about serving County Kerry for over 12 years.

In 2009, Johnny Lyne, from Ballyheigue, who comes from a farming background, established Johnny Lyne Agri and Plant Hire.

Johnny began working in the sector, cutting silage and producing bales using a CLAAS 46 baler. “It was only a twine baler; there was no net on it, but it did the trick for ourselves,” Johnny Lyne told That’s Farming.

“I was always mad for machinery and looking out the school bus window wanting to go home. So, I did my Junior Certificate but never actually made it to do my Leaving Certificate.”

“I took the chance and went working with a contractor from Causeway, Eamonn Flynn. From there, I got my Safe Pass, my digger ticket and got going in a company driving a track machine.”

“I gave another good two years working with a neighbouring contractor for silage season, and that would follow with slurry. So, I gave most of my summer with him. Then, I gave nine years operating a digger for John Gleasure Plant Hire before I started my own business.”

From early beginnings, Johnny began building his own business with a Massey Ferguson 6180 tractor. “I purchased that when I was looking for a tractor and a loader, I bought it in Devon in Nomansland.”

“I saved up for that tractor and brought it on, and it was put on the baler. Then, after that, we made a move to a Lely Welger RP235 Profi-20 baler, and that was in the yard until two years ago; we traded that for a McHale F560 plus baler.”

“The business started from nothing. It built a reputation, and I had finance from when I was working, which I saved up and was able to buy new machinery. It was easy to finance, and once you get established in the finance end, it works out ok.” 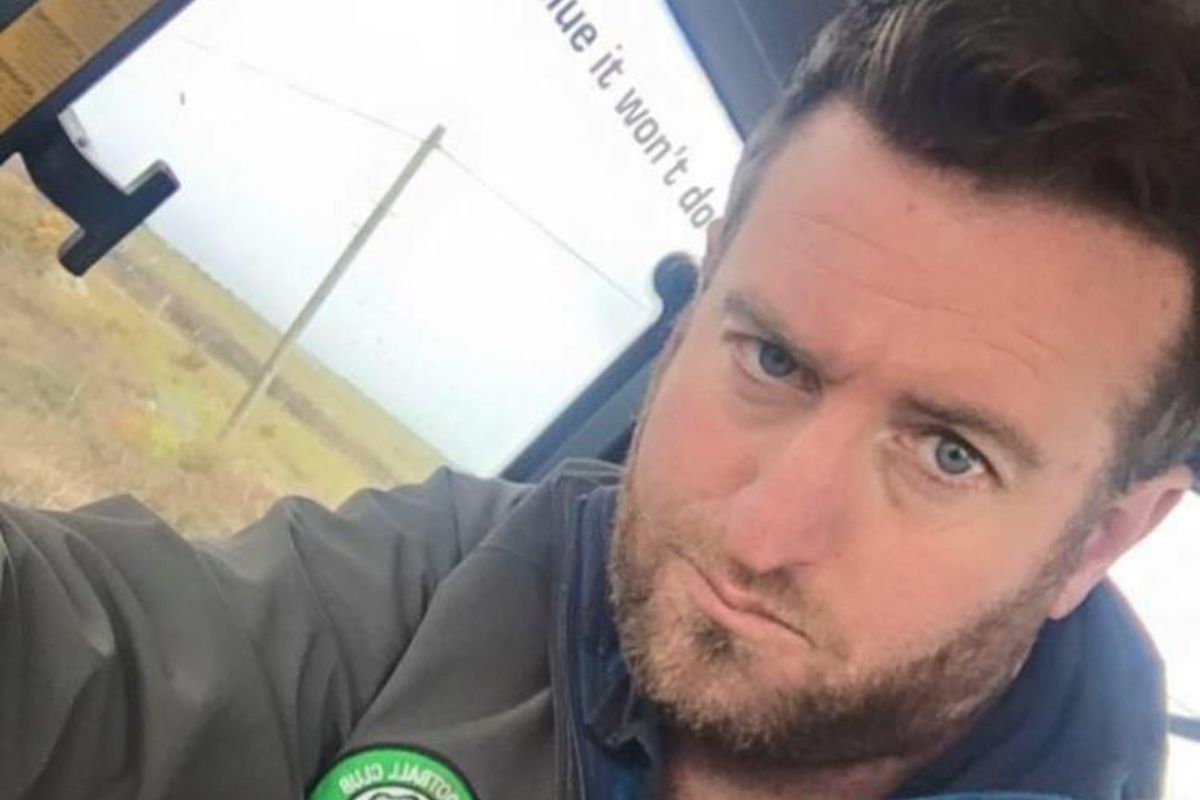 “The dribble bar is a must-have with all these regulations; it is an option for the farmer. If they want to do it, they can, and if they do not, they do not have to; it is all down to customers what they want.”

“I do a fair bit of hedge-cutting and a lot of digger work, silage kind of takes over the summer really, it gives the digging a backseat for two months.”

“During the summer, there would be five of us [employees] between my brother on the baler full-time, myself mowing and raking, and a few people coming and going.” 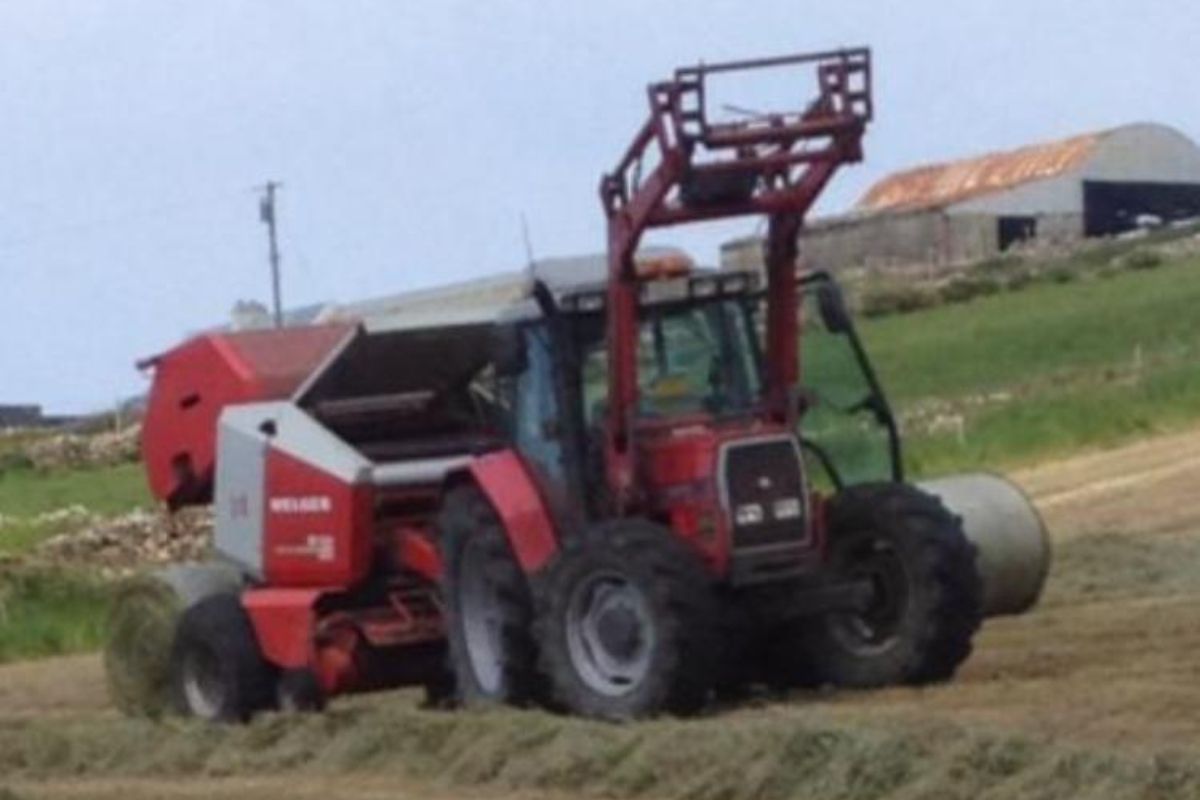 “I suppose you cut your cloth to measure, and you buy what you need. You would not be going out buying tractors for the fun of it.”
“The way I would work maybe if you had the finance, to take it out over three years normally, five years would be dragging it on.”

“We do all our own maintenance. My brother does all the mechanic work, and usually, I am in the van going for parts. He keeps everything in order mechanically wise.”

“The minute silage season is finished, everything is power-washed and sprayed with new oil. Anything needed is got before they are put away.” 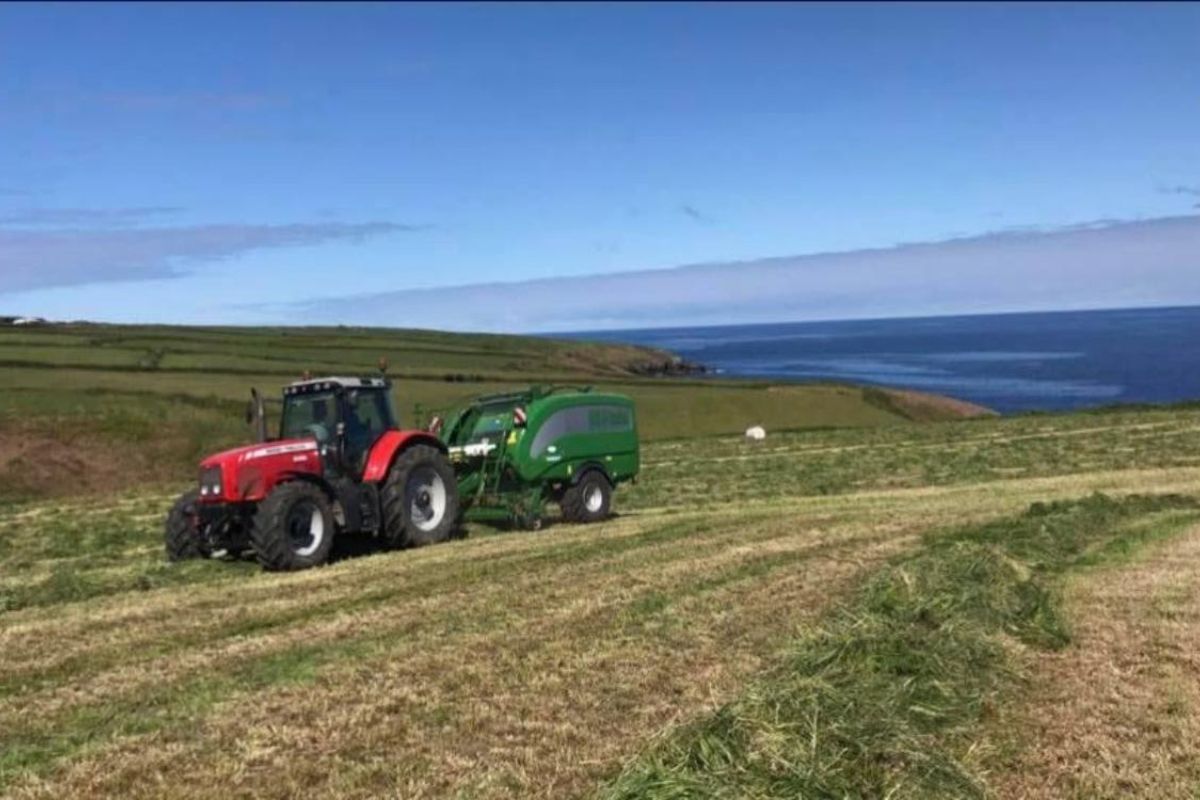 According to Johnny, 90% of the challenges encountered in his agricultural contracting life so far include the weather forecast.

“Weather is a major factor. For example, when you are going to bed at night, you have got a lot of jobs for the following day because there is rain down for the night.”

“One day, you could have whatever amount of customers we have, and they could all ring us on the one day and want you to cut their field, and it is hard to say no.”

“It does take up a lot of your life for the summer. You see a lot of people when it comes to the weekend; they are saying they are going here and going there, and your reply is, well, I have to go mow a field, so it ties up everything.”

Hiring workers and reflecting on the past

Commenting on the challenges of hiring workers, he said. “The last couple of years, we are lucky enough labour-wise the people we have always comes back to us.”

Furthermore, Johnny commented on the changes he has seen in the past 12 years. “When we started, it was less pressure and lacier daisy, these days it all go go go, you would question why you got into it.”

“There are some days you would ask if the enjoyment is going out of it because there is a lot of pressure which boils down to the weather and trying to get so much done.”

He believes the key ingredients to succeeding in the field are “being straight with your customer, being honest, not rushing the job, doing a good job and charging a fair price”.

“As they do always say, once the customer is happy, they will come back to you,”

Looking ahead, Johnny is “happy with the flow of work” in County Kerry but does have his eye on a possible tractor purchase.

“You would always have an eye on Donedeal or all these sites. I want to get another McCormack tractor or another Massey Ferguson. I would be shoving towards which tractor would be economical on fuel.”

“The way I look at the future of contracting is you are looking at the country and county dotted with balers, you would always have new people coming in, and they might not be set up with proper insurances or pay their proper tax or VAT.”

“I think once you and established and do the right job and have your proper paperwork, that contractor will survive alright.”

“Also, I think the people coming in saying I will do this job for so much money less and all this. I think there should be a set price for every contractor.”

“Honestly, I do not think they will survive; it all about figures at the end of the month, you still have to pay the diesel bill which is there”, the owner of Johnny Lyne Agri and Plant Hire concluded.

- Advertisement -
Previous articleVIDEO: ‘There is not a single tyre’ – Farmer’s new way of covering silage pit
Next article‘Cattle run out before money’ at Kilkenny Mart