That's FarmingThat\'s Farming Irelands Largest Farming News, Properties and Classifieds Network
HomeEditor's Picks‘There will always be the place for the Suffolk if the right... 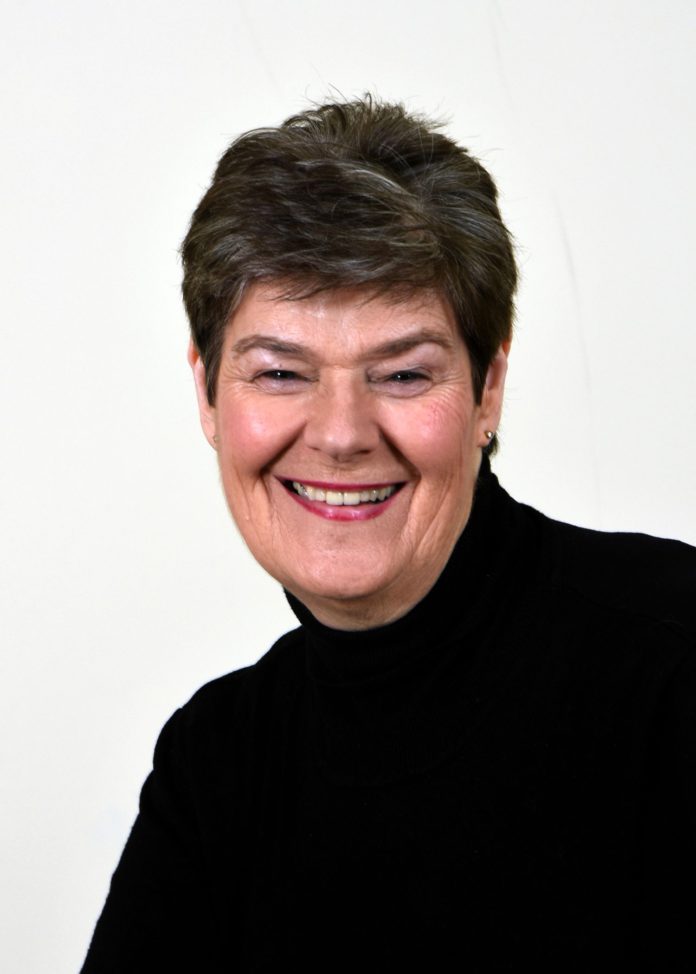 As part of this week’s sheep segment, Anne Mitchell discusses her involvement in the Irish Suffolk Sheep Society.

She has always had a strong background in farming coming from a farming family and having worked in the Department of Agriculture, Food and the Marine.

Currently, Anne and her son, Seamus, are running the farm. She has always been passionate about Suffolk sheep; her Knockavilla Flock was founded in 1975.

“We felt we needed to be running our own business, similar to every other sheep breed in the country. We set up in February 2019, and we are celebrating our second anniversary now. With the onset of Brexit, we did not know what would be coming.” Anne told That’s Farming.

“We felt the Suffolks were heading in the wrong direction. It had been talked about for years of going out on our own. So, when Brexit became a reality, our committee, of 14 members present on the night of our meeting unanimously decided to form the Irish Suffolk Sheep Society.”

“Our membership is growing very steadily, and with some of the older flocks and most experienced breeders in the country in our membership, we have a wealth of experience, expertise and knowledge that cannot be surpassed.”

As secretary, Anne deals with enquires, sorts out memberships forms and welcomes new applicants, sets up flocks for members, and sources suitable Suffolk sheep for them as required.

The society’s registrar, who Anne liaisons with often, is Ursula Rooney from Sligo of the Benwisin Flock, which was established 20 years ago by her and her husband Jimmy.

She is also secretary of the West of Ireland Registered Pedigree Sheep Breeders’ Club for the past ten years, a position Ursula moved to fill, following the passing of Anne’s husband.

Chairman, Richard Moore, from Kilkenny was the brainchild of the Irish Suffolk Breed Society, according to Anne.

“Richard always manages to camouflage his extraordinary ability with his incredible modesty; he runs the Columbkille Suffolks Flock, which was established in 1966.” 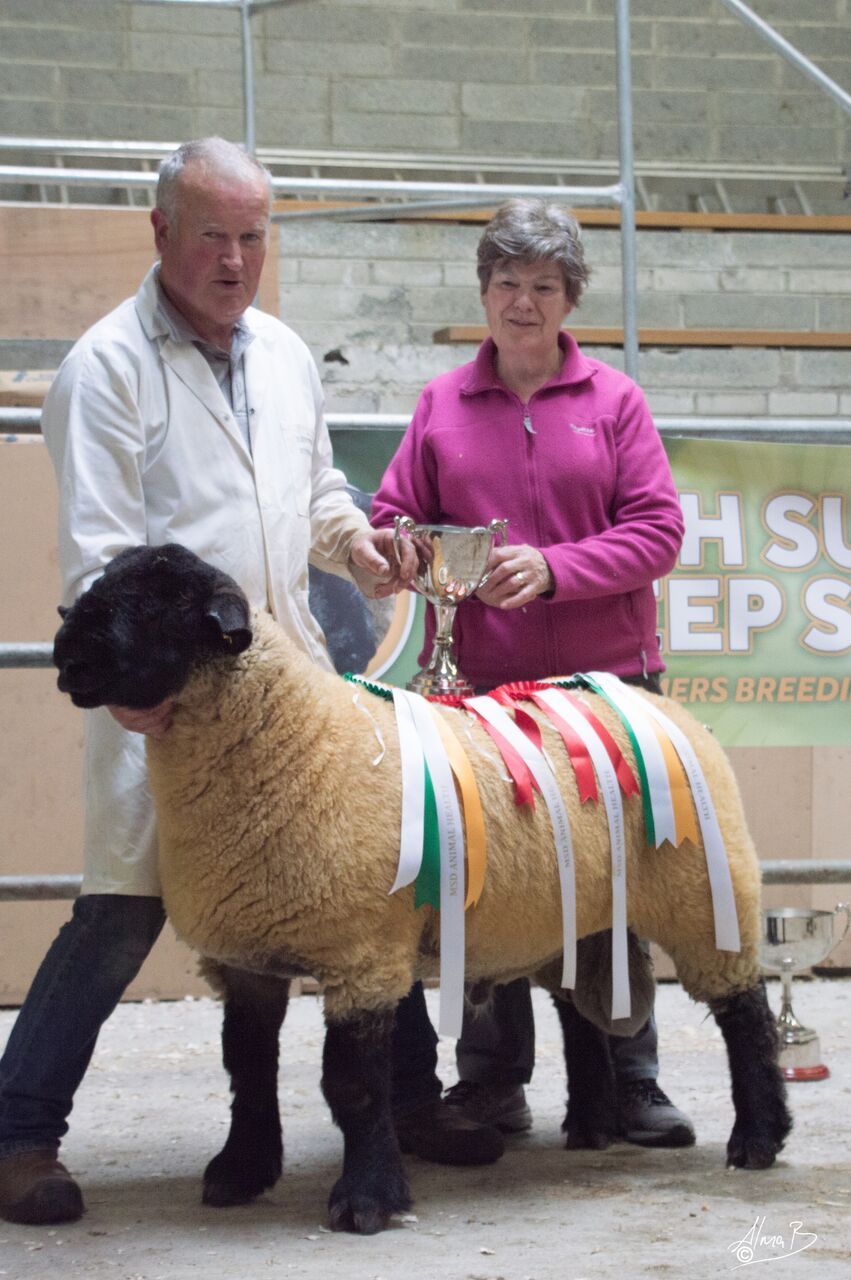 Anne works with a very cooperative, willing committee within the society who respect and support her efforts to ensuring the smooth running of the society.

According to Anne, the committee has a combined experience of over 550 years of breeding and marketing Suffolks, which she feels leaves the Irish Suffolk Sheep Society in a very strong position in securing market share.

“Mark’s mother, Mrs Mary Grealy, is the president of the West of Ireland Registered Pedigree Suffolk Sheep Breeders’ Club, which will celebrate the 50th anniversary of its foundation in June this year.”

“Micheal Murphy runs the Moneen flock that was established in 1983, and he is the chairman of the West of Ireland Pedigree Registered Pedigree Sheep Breeders’ Club.”

“Also, Matt Pearse runs the Priorview flock in Co. Clare that was established in 1992. He is treasurer of the West of Ireland Pedigree Registered Suffolk Sheep Breeders’ Club since 2012.”

“Willie Gleeson, another Wexford man, established his Wexford flock in 1992; still in Wexford, Michael Clarke, the current treasurer of the Irish Suffolk Sheep Society, established the Ballyhine Flock in 2003.”

“TJ Broderick, also from Menlough, Galway, established the Hymanny Flock in 1999, and Stephen Govin from Mayo, the society’s incoming chairman, owns the Coolmeen flock since 2005.”

As named by Anne, along with others, the society has several members, who have been breeding Suffolks for many years, who Anne would like to show appreciation and thanks to.

“There are only two other sheep breeds in Ireland that hold this certificate at the moment along with the Irish Suffolk. It is something the committee of the Irish Suffolk Sheep Society is very proud of.”

She would like to see the breed spread more into the commercial sheep trade.

Mitchell said the over recent years, the breed had lost its market share and that many commercial sheep farmers had turned away from Suffolk. She feels this is because there was an over-emphasis on producing show sheep as opposed to commercial sheep.

“We are trying to promote the more commercial trade of Suffolk sheep with less emphasis on feeding and keeping them in their natural state and presenting them at shows untrimmed. At all the shows, previously, we found sheep were ready to go to a fashion parade.”

According to Anne, Irish Suffolk Sheep members will produce sheep naturally and present them at the shows in their natural state.

In Anne’s opinion, there is a great market for the Suffolk breed. The Irish Suffolk Sheep Society has slashed its fees to a minimum; Anne feels it is very inexpensive for a farmer to join, which is something she, as secretary, is very content with.

“Over the past five years, the number of breeding ewes in Ireland has increased by over 5,000; and in 2020, in particular, Suffolk sheep have had a great year. The forecast by Teagasc is that will continue into this year.”

“A large amount of market for Suffolk sheep is held by non-registered Suffolk breeders, which leaves a big opening there if we can produce rams that the market wants with more emphasis on character traits that would satisfy the customer, which at the end of the day is the most important thing of all. There will always be a place for the Suffolk if the right type is produced,” Anne concluded.

- Advertisement -
Previous article
VIDEO: Performing a C-Section on a heifer
Next article
Fire destroys 300 tonnes of hay and farming equipment