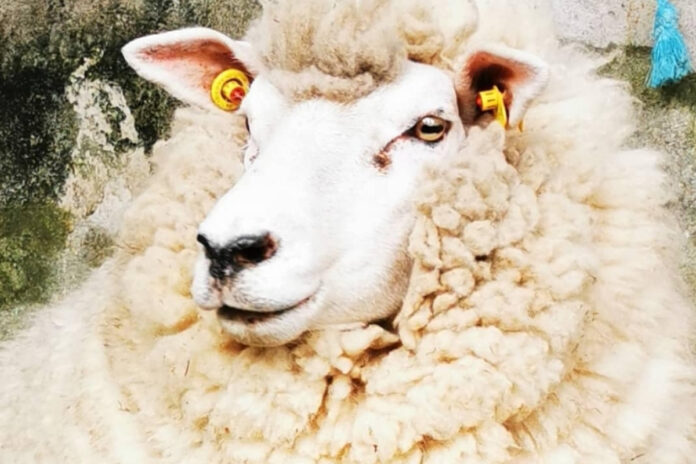 The Galway Sheep Breeders’ Association will host its centenary show and sale at Athenry Mart on Monday, September 19th, 2022.

According to a spokesperson for the association, there is a “strong” entry of 100 female sheep and 26 rams.

There will be two classes in the sale for males – hogget rams and ram lambs, and the association is considering a novice class for ram lambs, subject to demand.

In the female section, a breeder must present five sheep to be considered for the show but may offer a fewer number for sale.

There are also individual sales of ewe hoggets and ewe lambs – the individual lots will facilitate new breeders and small flocks, in particular,  the spokesperson said.

This year, the wool classes have a “particular significance” due to the renewed interest in Galway wool, a spokesperson for the association told That’s Farming.

The show will commence at 11 am, and the sale will follow at 1 pm. All sheep entered must be registered with Sheep Ireland in accordance with the association’s rules.

“This is a very special event for the association as the Galways are Ireland’s only native sheep breed and have survived the many changes in sheep farming in this country over the past century.”

“The breed can trace its origins back to the age of improvement in Irish Agriculture (circa 1750 -1815) when Leicester type rams were introduced to enhance the native sheep.”

“The breeders are hoping to meet old and new friends from all parts of the country on the day, as this sale is an integral and landmark occasion in Ireland’s sheep breeding year for a century now.”

The association was founded in 1922 during the Irish Civil War and has survived the Economic War, WW2, the hungry 50s, a decline in numbers in the 1970s, a number of recessions, the impact of the Coronavirus pandemic, and the country has now entered the era of climate change adjustment.

While the association was formed in 1922, some traditional flocks can trace their origins and bloodlines back to pre-famine times.

In recent years, the breed has enjoyed a “remarkable resurgence” as many flock owners are beginning to re-discover the traits of the Galway breed, including docility, strength, prolificacy, and immunity from certain diseases.

The spokesperson continued: “The formation of The Galway Wool Co-op has given huge momentum to the breed. Galway Wool has now secured a niche market and has been finally recognised as the premium Irish heritage product that it is.”

“The sale will be conducted in conjunction with the mart staff and will adhere strictly to any Covid guidelines being implemented by the mart on the advice of the HSE.”

“The female sheep will be judged in the pens, and the males will be shown in the traditional manner. The sale will be streamed in conjunction with the mart, and potential buyers will have the option of bidding online using Mart Eye.”

The spokesperson noted that last year’s sale was “very successful” and this year has already seen an “unprecedented” number of enquiries from around the country.

“As Ireland’s only native breed, the sheep are eligible for payments under the present GLAS scheme subject to certain conditions.”

“It has now been established that the Galways will be included in the upcoming agri-environmental scheme, ACRES, by the DAFM.”

Each year brings changes, and over the past few years, the association has lost a number of its stalwart members, the spokesperson added.

“The sale will be a nostalgic occasion for some families as they remember deceased members and friends who have gone to meet the greatest Shepherd of all.”

It is envisaged that some type of social get-together will take place later in the year.

The spokesperson concluded: “There was a time in the 1960s when the Galway Sheep Breeders’ Annual Dance (popularly known as The Ram Dance) in St. Michael’s hall in Craughwell, was one of the major social occasions of the year – Dancing 9-1, Adm 7/6, music by The Jack Ruane Showband.”

“Those were the days when 100 fleeces of wool could buy a good second-hand car or tractor,” the spokesperson concluded.

- Advertisement -
Previous article
‘Consistent’ trade with prices to €2,140 at Tuam
Next article
Ensure you do not become another statistic: think safety