‘My sheep dogs are my passion; I live and breathe them’

In this week’s Women in Ag segment, That’s Farming, speaks to Emma Gray on making her name as a recording-breaking sheep dog trainer and breeder, sheep and cattle farmer and author of two books. The shepherdess discusses her move to the Isle of Brute and growing a flock from 4 to 500 ewes.

Emma Gray is one of the world’s best-known sheep dog breeders and trainers, with several world record prices to her name.

She broke the world record for a black and white bitch, Brenna, in 2019 at Skipton when she sold for 14,000gns. The following year, Meg changed hands for a record-breaking 18,000gns, becoming what was then the most expensive working sheep dog.

The well-known shepherdess strives to “breed top-quality working sheep dogs with an emphasis on working ability”. She believes that “heart, honesty, bravery and power” are the lifeblood of a working collie.

She has sold working sheep dogs worldwide to the USA, Canada, Germany, France, Spain, Israel and even the Faroe Islands.

“I got my first dog aged 13 and have never not been training a sheep dog since. It takes years and years of study and passion or sometimes just good luck to breed a good one,” she told That’s Farming.

“Sales vary massively. We tend to keep around 20 at any one time and sell at various stages – depending on what bills we need to pay.”

“To note, we start training at around 10 months of age and hope to have them fully trained at 18-24 months. We spend our time working the form, training sheep dogs for trial and farm work.”

“I take great pride in marrying together the best bloodlines we can. We also do extensive health testing to ensure the pups we breed are as healthy as they can be.” 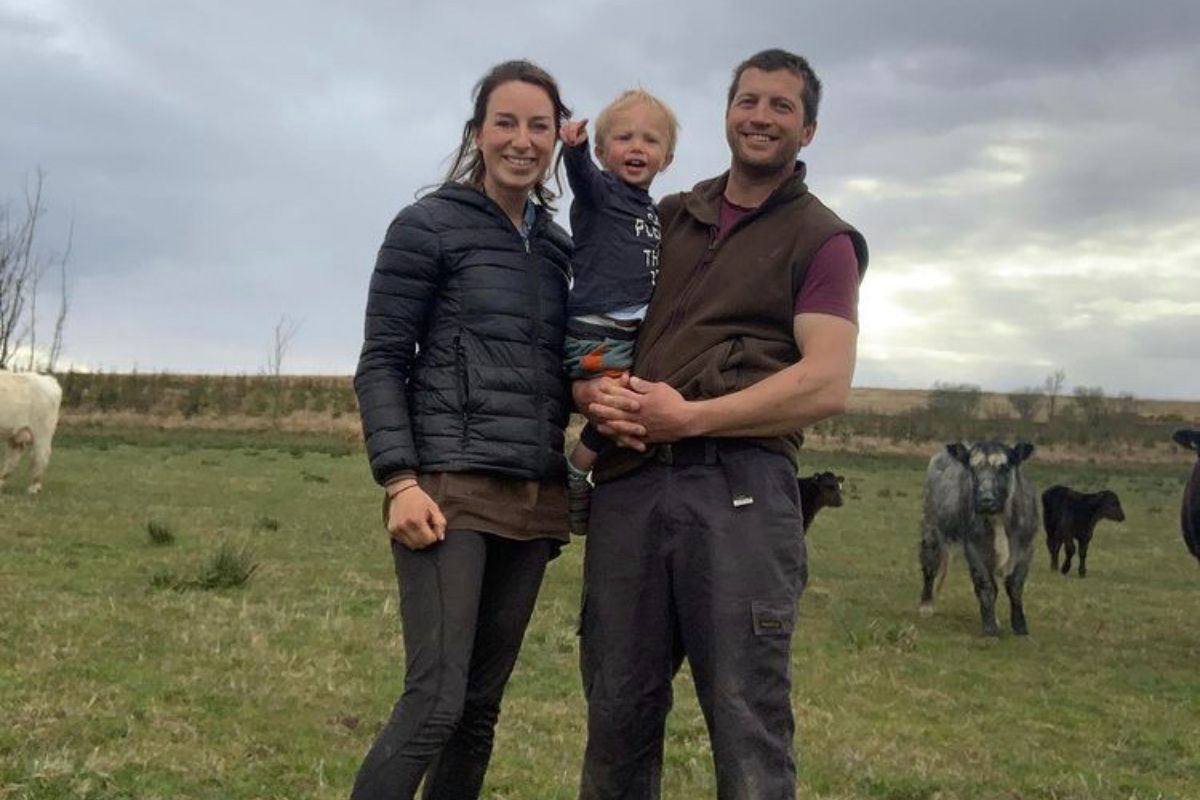 The 35-year-old was born and raised on a tenant farm in the Scottish Borders near Hawick but has since moved to a new holding.

“Dad is one of seven and the son of a tenant farmer. I was granted the tenancy of Fallowlees at age 23 with a suitcase and four collie dogs to my name.”

“Furthermore, I have just been granted a 20-year lease on Ardroscodale Farm, a 680-acre enterprise on the Isle of Bute.”

“I have been working with livestock since I can remember. I studied sheep management at Kirkley Hall College straight from school at 17. At 19, I became a self-employed contract shepherdess.”

In that space of time, she has grown her flock from an initial four to 500 ewes.

They also have 40 head of cattle, a mix of native Whitebred shorthorns, Galloways, Blue Greys and Angus and just under 60 dairy heifers.

She farms alongside her husband, Ewan, who has recently hung up his boots as a full-time firefighter to become a full-time farmer.

In terms of scale, sheep farming is the farm’s primary activity, with cross-bred mules, Texels and Suffolks dominating the pastures.

“Also, we recently purchased 100 Welsh Mountain ewes this year. We could not really afford anything else. Also, with the massive increase in acreage, we needed mouths on the ground.”

“We lamb wholly outdoors; we find it is best for keeping disease to a minimum and use virtually no antibiotics. Although some nights, a bad forecast can outweigh the benefits of outdoor lambing. We do not use cameras to assist with the lambing season.”

“Lambing takes place during this period because there is grass then, days linger for lambing outside, and it is warmer.” “We just lamb in April to suit what the ewe would do naturally and find we have very few ewes return.”

They sold all lambs as stores until recently, but they intend to fatten progeny going forward as they are now on “a better quality farm”. 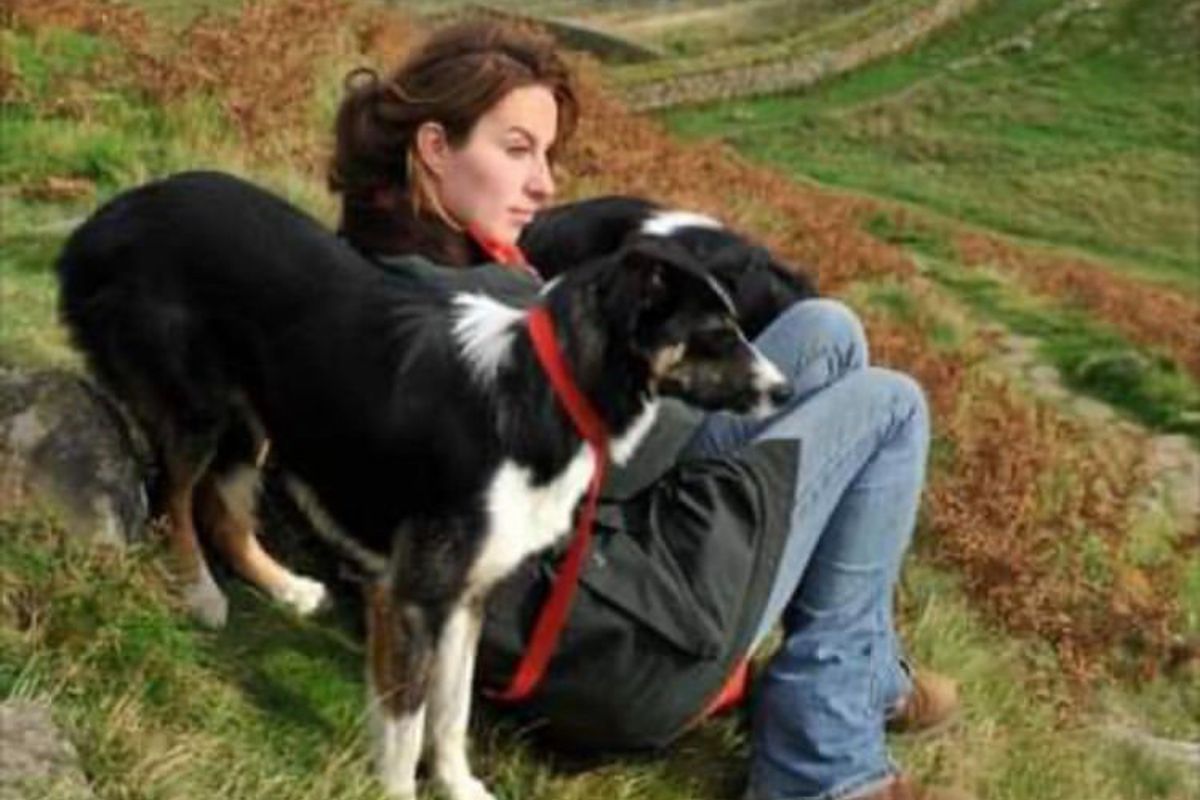 “My sheep dogs are my passion; I do live and breathe them. Sheep dogs have funded my farming from start to finish. My responsibilities on the farm are keeping all the sheep/cows/dogs/animals sound/fed/happy and alive,” she laughed.

When asked when it takes to become a successful sheep farmer, she replied: “An eternal optimism and a love of gambling your livelihood each and every year until you retire/die”.

“My advice to aspiring sheep farmers is this: do it; give it everything; it is so worth it! Buy the best you can at the earliest opportunity.”

“Do not lose heart and get land wherever you can. Always look after your sheep, and they will look after you. Also, buy a well-bred pup,”

“I cannot believe my luck, to be honest, and every mistake has led me to where I am now. Therefore, I would not want to change a thing. Although, maybe I would tell myself to trust my gut more.” 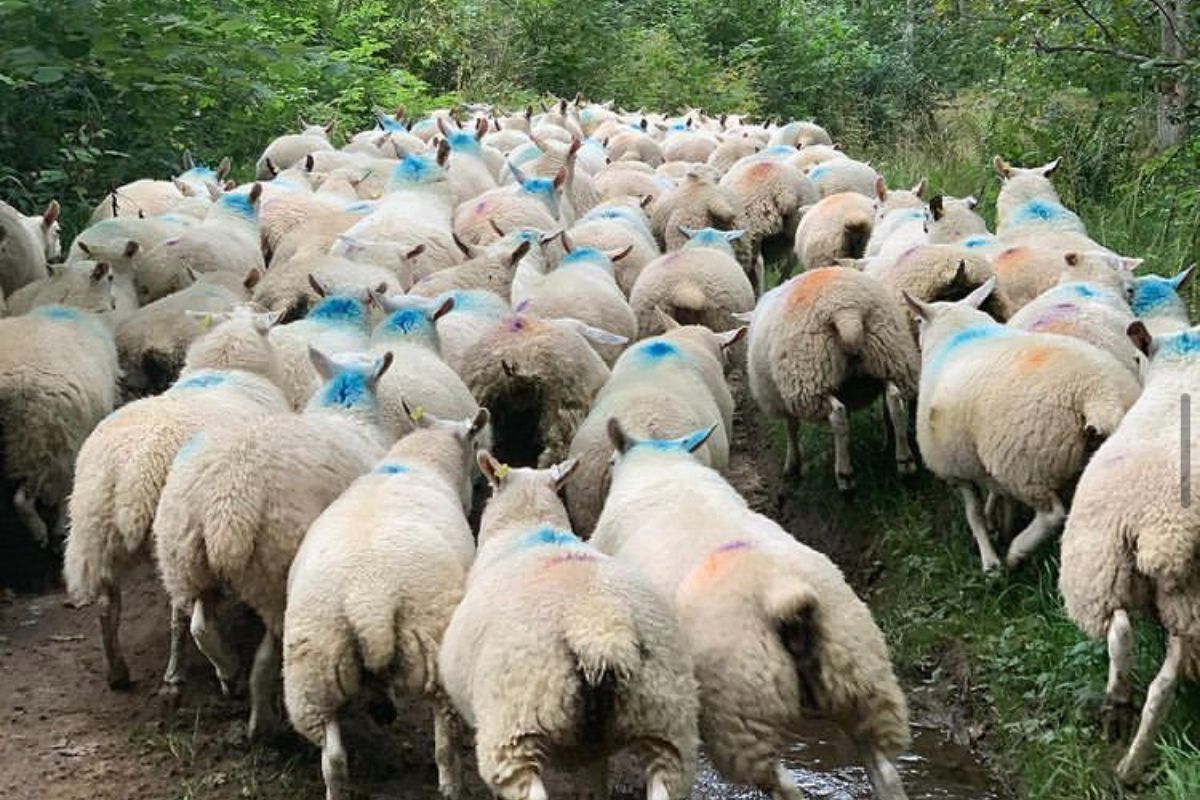 The well-known agvocate has shared her journey in two books: she outlined her to Fallowlees and her first year there in One Girl and her Dogs’

The second is called My Farming Life and documents her years at Fallowlees, their move to the Isle of Bute and the trials and tribulations of farming life.

“I think as farming women, we have to be careful not to play the discrimination card unless it is really warranted. Farmers, I have always found to be very fair. If you are good enough, they do not care what sex you are.”

“I have had a man make fun and scoff at me, but so have lots of other new entrants. Honestly, I have always tried not to play the sexism card.”

“I know for others, it is different, but for me, I do not think my gender has been a barrier. I have always viewed it as an advantage. It is great to be a woman in a man’s world.” 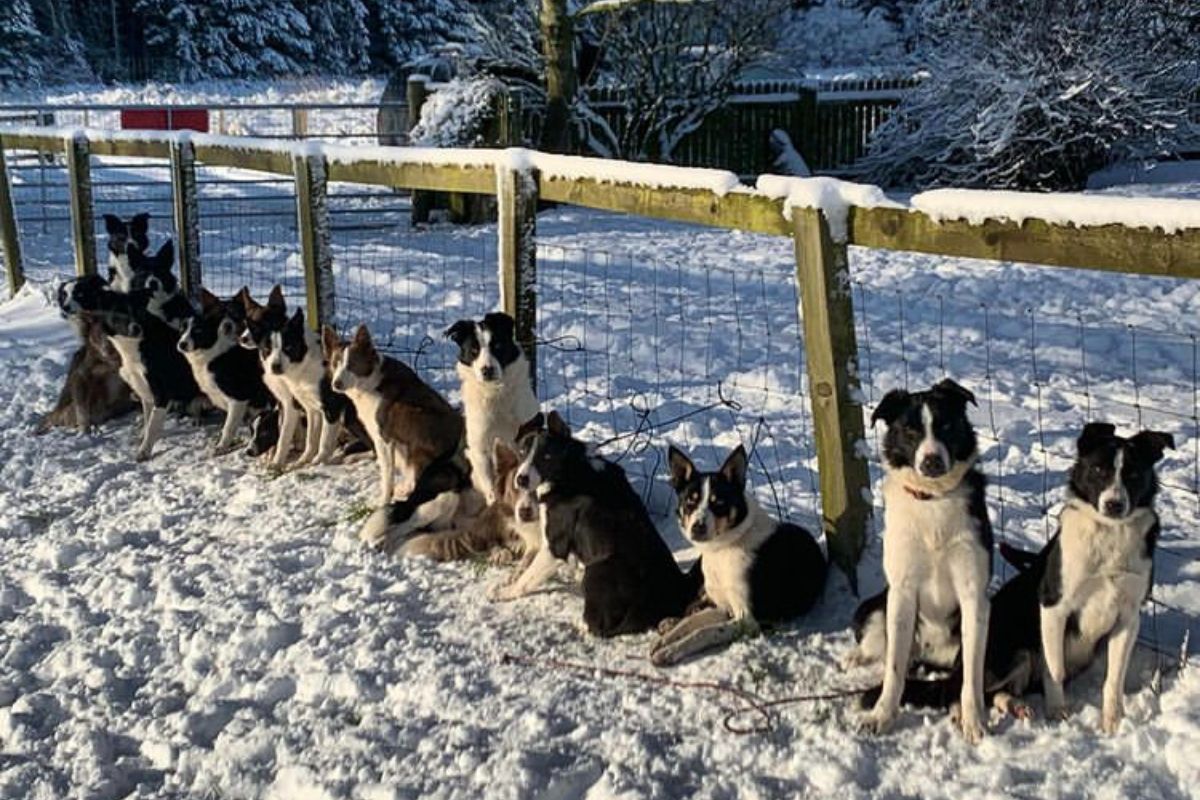 The death knell for UK agriculture

And it is with that determined attitude that she intends to drive her farm further. The husband and wife team plan to increase the flock to approximately 800 ewes. She stated that they are open to trying new breeds and intend to convert to organics.

“In five years’ time, we would like to have a successful organic commercial flock earning a decent income. My ultimate goal is for the cattle and sheep to earn more than the dogs.”

“My life in agriculture has been a series of major highs and lows, great leaps forward and massive steps back.”

“I have loved every minute of it all. One day, I will get the farming formula just right; then, I will retire,” she laughed. 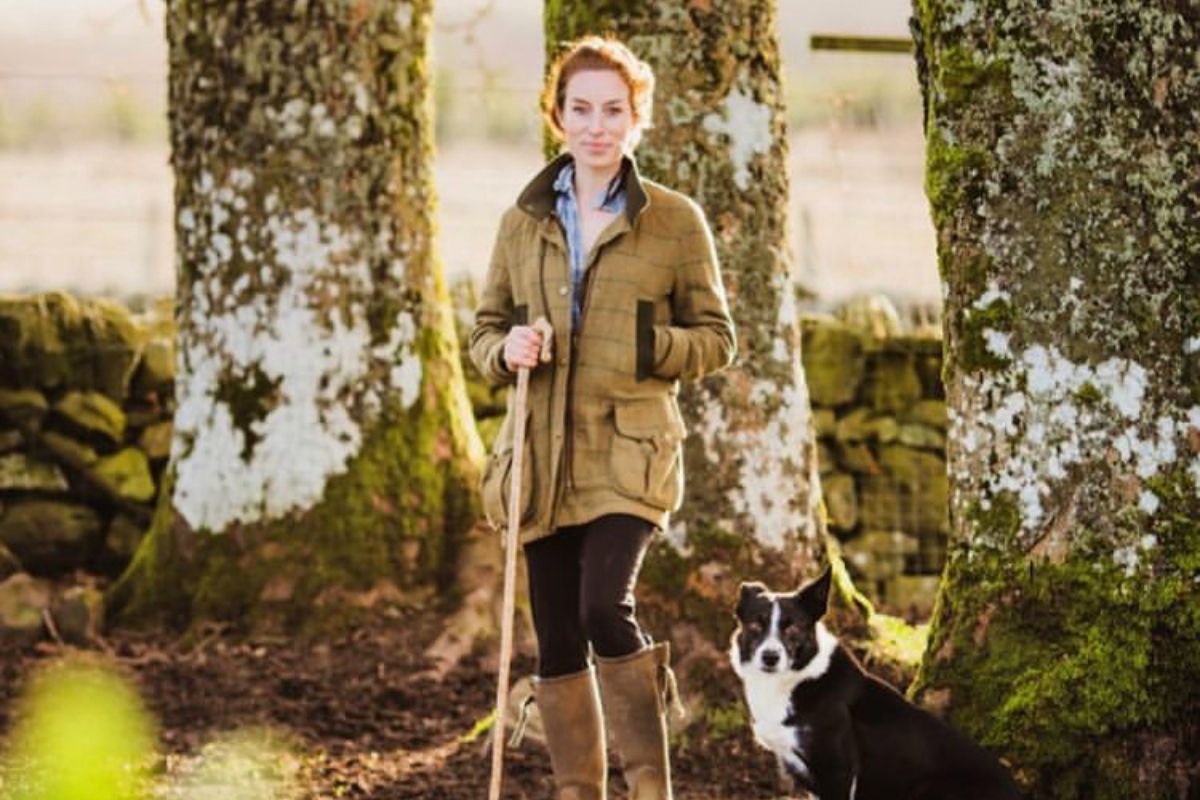 Speaking about the industry’s future, she stated:

“Sadly, I am hugely disappointed by the new Australian deal. I feel that it could sound like the death knell for farming in the UK. South America will want the same deal, and we just cannot compete.”

“I fear the government wants the UK to be a nature reserve whilst importing all its produce from abroad where it can be produced cheaply with low welfare.”

“I think the government is happy to accept cheap, inferior products so long as it does not have it raised on its doorstep,” she concluded.

All images supplied by Emma Gray