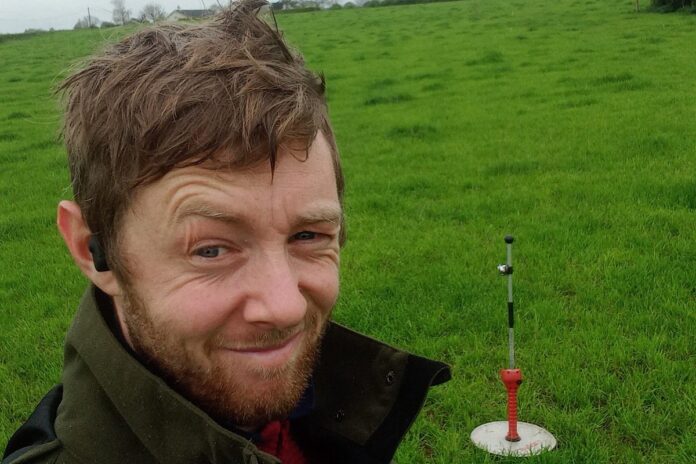 In this week’s dairy series, That’s Farming, speaks to Colin Doherty. He discusses farming in partnership with his father, the farm’s focus on grass and fewer meal requirements, expanding to 225 cows, why the Jersey breed suits their system, sexed semen, contract rearing and calving 70% of the herd in three weeks.

The abolishment of milk quotas in 2015 paved the way for the Doherty’s herd expansion in Adare, Limerick.

At this point, they milked 70 dairy cows on 53 hectares and decided to disperse their suckler herd.

They focused on the dairy herd using their replacements, land from the beef cattle, part of a neighbouring farm and existing farm buildings.

The family said they made very little investment but significantly increased their output.

“The land was on our block, and we had the land to go into, but we never had the quota to supply the milk. So, I suppose it was a no-brainer to go to 100 cows,” Colin Doherty told That’s Farming.

“Also, we had plenty of labour as we were both here. We needed two wages as well to make the farm more self-sufficient. We were both working on it, so we needed to be paid.”

In 2015, TB hit the herd, which resulted in the loss of 23 cows out of 95, but that did not hinder progress in the years that followed.

In 2018, Colin and Bryan Doherty entered an official farm partnership, but Colin has farmed alongside his father since 2009.

They now milk 225 Jersey-cross and Friesian cows and own 45 hectares out of 112 hectares.

Colin’s grandfather, William, was a tillage and beef farmer, and in the late 1970s, his father, Bryan, branched into dairying.

“I always wanted to go farming. So, in 2007, I did my Leaving Certificate in Villlers School, and I did agricultural science in WIT.”

“I completed two years in college, and then I decided I wanted to go home farming at that stage.”

“Tractors and machinery were my first love. So, I did a good bit of that work with agricultural contractors around home. But, that wore off as the years went on, and I developed an interest more towards cows.” 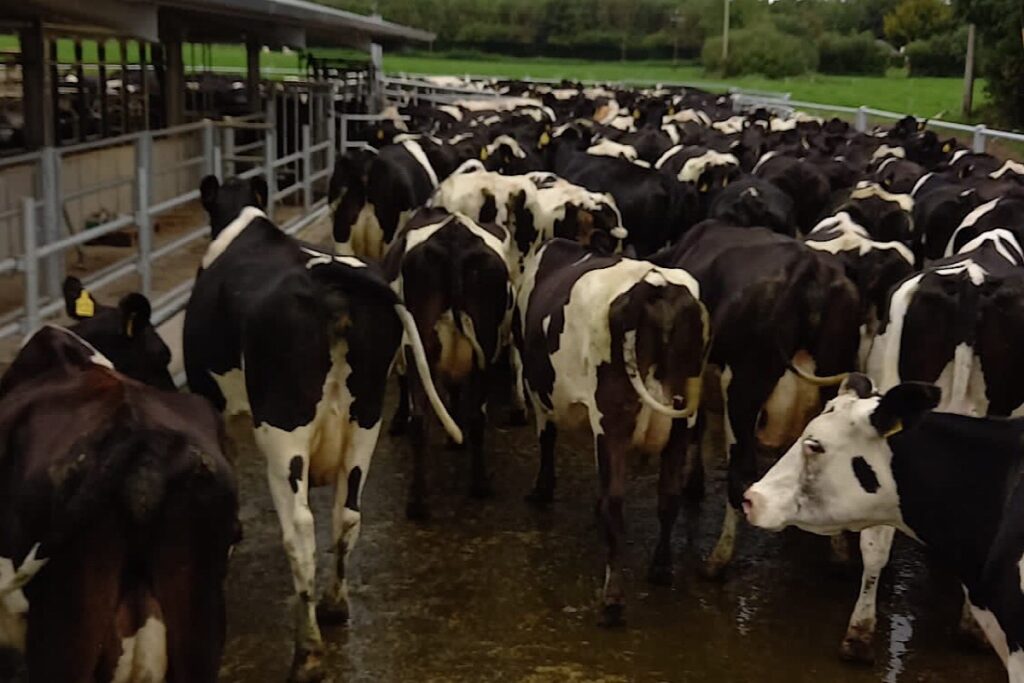 Colin’s father operated a milk system and bred towards that system and a more Holstein Friesian cow.

In 2005, they experienced “massive” fertility issues with cows that were not suited to the system when moving to a spring-calving system.

They decided to look at high EBI bulls and breed black and white cows from them.

The father and son chose a High EBI black and white cow that is smaller in size, circa 500kgs, more fertile, and one that “would always push for milk solid percentages”.

“My father always had Friesian cows, but they would have been a more of a British Friesian type.”

In 2017, they began crossbreeding, and today, most first and second calvers are Jersey-cross, with some older high-EBI Friesians within the herd.

They feel the Jersey breed has a “good” influence on their herd’s production performance.

“I educated myself going to other farms, and I gathered a lot of information through reading.”

“One of the big things I knew as we expanded the herd was labour; we had to put fewer hours in per cow.”

“You cannot triple your herd and do the same work for every cow you have. So, the Jersey-cross cow suits that.”

“We do not have to put a lot of time into them. They mind themselves, and lameness is hardly an issue, and health and fertility are brilliant with them.”

According to the father and son team, 550kgs of concentrates achieves the above performance data.

However, they noted they fed cows more meal last year – due to drier weather conditions. Their target is 500kgs of concentrates.

“Grass is a huge focus of mine. I am not going to change the system to get more production out of the cows.”

“I am happy enough if we never do more than 430kgs of milk solids per cow.”

“The farm is more grass focused and has low levels of meal feeding. I am not going to feed more meal to get more production.” 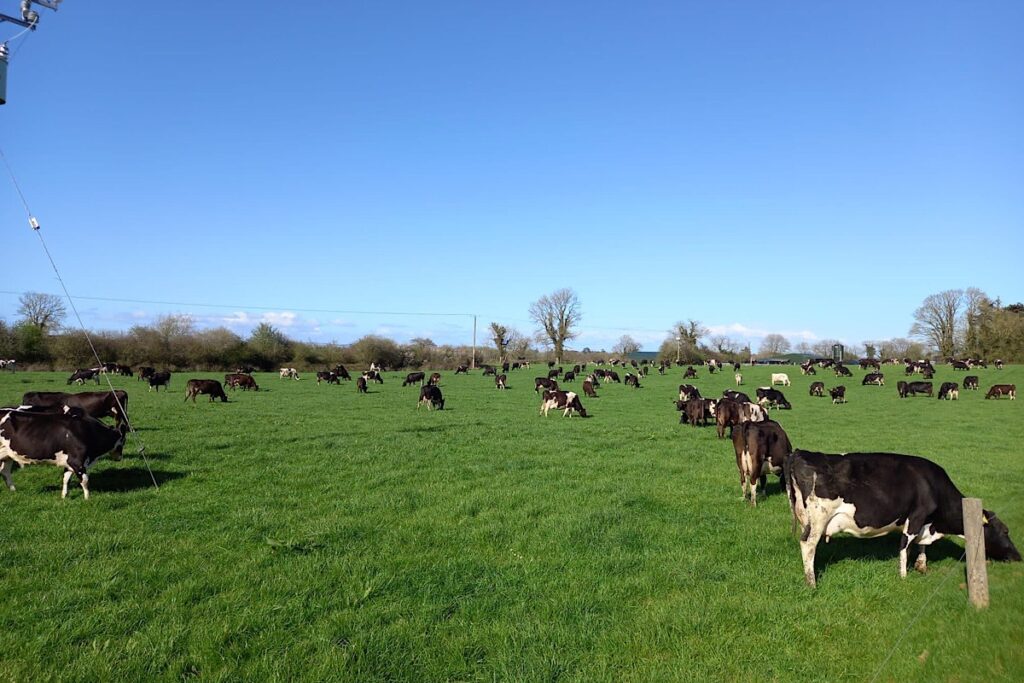 They AI cows for 12 weeks, use all dairy sex-semen, utilise conventional beef AI straws and mop up with their own high-EBI homebred stock bulls.

They inject cows with prostaglandin to shorten the breeding season and to avoid travelling daily to the contract rearer’s yard.

Next year, the father and son plan to use fixed time AI to compact the breeding season in 3-4 days.

“The problem we found as we got bigger, we needed a lot of bull power. If a bull goes down lame, you need backup.”

“So, there are too many bulls around, and I want to replace them with cows instead. So, that is why we are going all AI.”

They use the Breeding Worth Tool for sire selection and focus on fertility, maintenance, kgs of milk solids, and fat and protein percentages.

The family calf their cows from January 25th, with half of them, calving in the first three weeks, enabling them to manage their workload and turning cows out to pastures post-calving.

According to the father and son, 99% of heifers calf at 22-24-months with 70% calving within the first few weeks, with 2% calving intervention.

They feel they are hitting their targets with the contract rearers, and there is no reason not to calve them at that age.

“In my view, the earlier you calf them, the more likely you are to get them back in-calf and hit the ground running.”

“It is very easy to have heifers that calved in February cycling by May 1st when you want them to breed them.”

“Whereas if they do not calf until March or early April, their chances of staying in the herd are a lot less likely.”

“They cost a lot of money to come into the herd. So, we need to keep them here as long as possible.”

According to Colin and Bryan, the herd’s calving interval is 367 days. 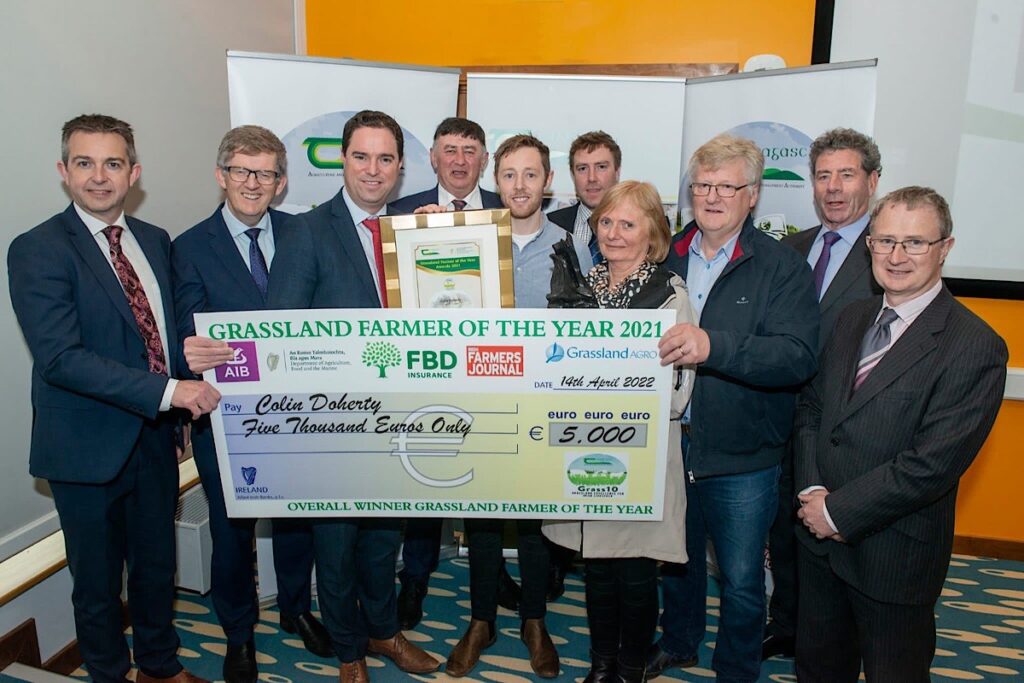 They keep 100 replacements and cull any cows not in-calf after 12 weeks of breeding.

They sell their Jersey and Friesian bull calves on-farm or take them to weaning at 7-8 weeks and then sell them.

“We are going to sexed-semen because taking them calves to weaning is costing us a good bit of money.”

They contract rear 60 calves to one farmer each February. Another contract rearer takes the remainder of the maiden heifers. 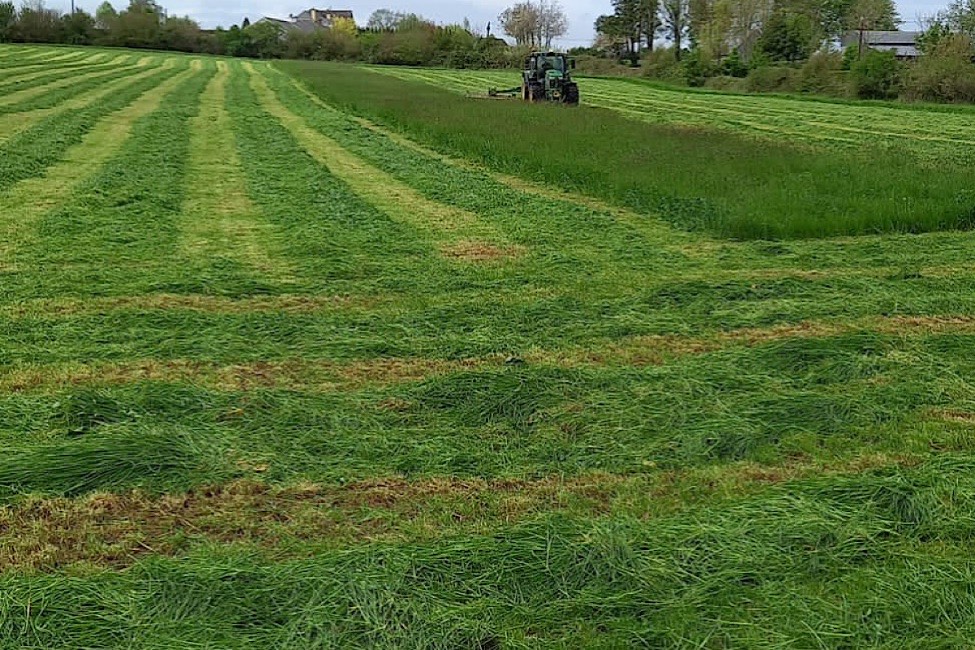 Commenting on why they choose to outsource help rearing the heifers, they said:

“One of the things I learned about farming is that if there is an opportunity that comes up, you need to take it, and you probably will not regret it.”

Colin knew the first contract rearer, who previously milked cows, and suggested the idea to him, and they both came to a deal.

“I would never go back. It has been a huge labour help because I do not have to see them most of the time as he looks after them.”

“They did better on his farm than they would on my farm as they are lower down the pecking order than the cows.”

“Costs are not crazy because you would be renting land at home and then labour costs. It also allows us to milk a few more cows and focus on the cows here.”

The farm’s primary focus is maximising grass growth and utilisation, and in 2022, Colin picked up the Overall Winner of the Grassland Farmer of the Year 2021.

They outlined they are in a derogation for the land they recently acquired and grow 95% of what they feed at 2.4 or 2.5 LU/HA, which they find more “efficient”.

They added they are also reducing their nitrogen use and growing clover.

“It is not all about shoving the grass to grow massive amounts either. We are able to balance it too.”

“The pro with being in a derogation is having them few extra cows allows us to use the grass we grow better.”

According to the father and son, the entire farm is a 2.2 LU/HA stocking rate, and the home block is 3.0 LU/HA.

The father and son milk in a 26-unit Herringbone BouMatic Gascoigne milking machine, which they installed in March 2021.

They milked in a 6-unit DeLaval milking parlour before this, which they later extended to a 10-unit.

“We considered a rotary milking parlour, but we thought costs were a bit much. Also, we had a lot of leased land, so it was a bit of a stretch, and we have a lot of other developments to do as well.”

“The big thing about the milking parlour is it is a one-person job, so it frees up the second person to get other work around the farm done. It will milk 300 cows comfortably.”

They also have 170 cubicles for cows split between a new TAMS-approved 90-cow cubicle shed which they built in 2019 (through being in partnership), and existing sheds.

Their targets are to reach 500kgs of milk solids from a 500kg cow, a whole farm stocking rate of 2.5 LU/HA, and grow 15t of grass on 150kgs of chemical nitrogen or less on the whole farm.

They plan to pause expansion when they reach 270 cows next year and may expand further if an opportunity arises to purchase land.

They intend to continue their grass-based system and keep costs down, which they feel will give them “great” resilience.

“There are going to be good and bad years. However, as long as we focus on grass and keep our cost production down, I think there are very few things that can upset us.”

Their outlook for the future of dairy farming is positive.

Colin noted that from the discussion groups he is involved in, he sees people his age (33) and farmers close to retirement.

“The age profile of dairy farmers is a bit old. So, I think there are huge opportunities there for younger people.”

“I would love to encourage people into dairy farming and people who do not have land. There are huge opportunities there.”

“It is a super career being self-employed and working outside. There is an awful lot of positives about dairy farming.”

“Also, from a milk price point, demand for food seems to be getting better,” the dairy farmer concluded.