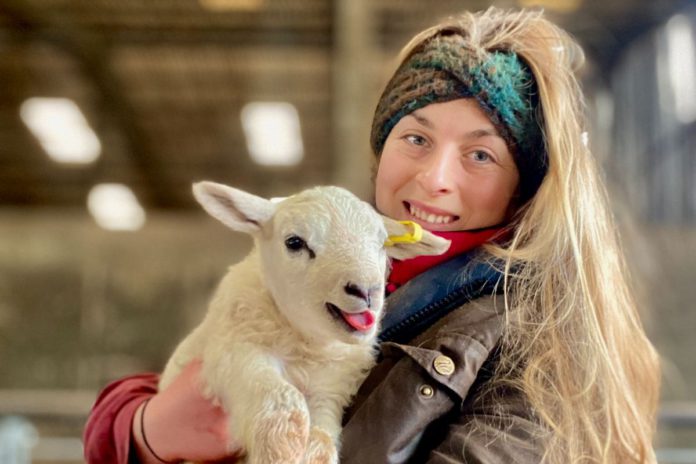 27-year-old Harriet Tibbs from Somerset in conversation with our editor, Catherina Cunnane, as part of this week’s women in ag series. She discusses being a first-generation farmer, her Mendip View Beltex flock and working as a contract shepherd and for Provita Animal Health.

“I have been brought up in a farming community, and my grandparents used to farm before I was born. However, this skipped a generation with my parents, so I am technically a first-generation farmer

Farming has always been something that I knew I wanted to be involved in, in one way or another. Having my own animals was always a dream, so it is amazing that that dream became a reality.

All the careers I have considered have always been linked to agriculture one way or another.

I run my own flock alongside other jobs. I am a contract shepherd and go from farm to farm from about December through to the end of May throughout lambing season. This year, I went to 6 different farms and lambed just over 5,000 sheep.

I studied animal science at Wiltshire College, Lackham and have also done my animal medicines license with AMTRA, classifying as an R-SQP.

To begin with, as I was not directly from a farming family, I think I have had so much more to prove and show that I was just as capable as anyone else. 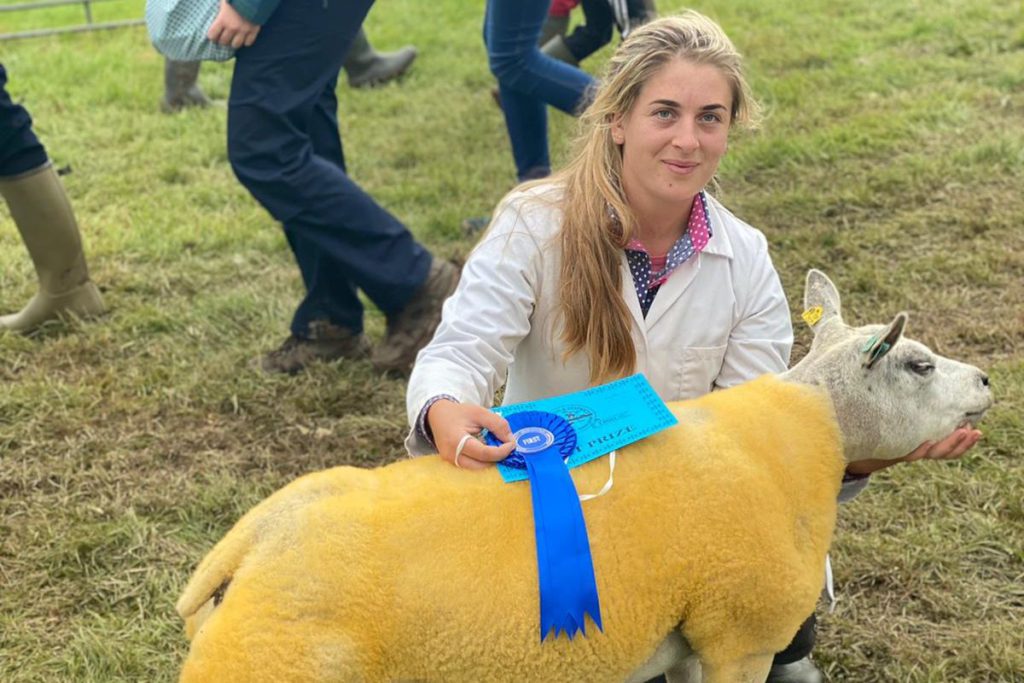 I am in a partnership with a friend, farming 50-acres. He recently bought in on 1/3 of the flock, and we now work together. We keep the flock at his farm.

I have thirty pedigree Beltex and Welsh Mountain Badger Face (Torddu) ewes, which I lamb between February and March.

This allows us to wean lambs for the show and sale season, which starts around the end of May.

My first lambing season with the Beltex was certainly an eye-opener. They bring their own challenges and, from my experience, are certainly not the easiest breed to lamb.

But you change your management practices so that it makes it easier year on year. They are different to any commercial breed.

I did my first ever lambing when I was about 14/15 and have been totally hooked since then. There is a sort of buzz about bringing new life into the world!

I sell pedigree lambs that are correct into the pedigree or commercial breeding market either privately or through sales. Any that are not right, whether that be conformation or something else, are slaughtered for our lamb boxes.

Firstly, I chose the Beltex as I like the extreme carcass size and how they can improve a commercial flock.

On the other hand, the Badgers are a new breed to us and are more of an experiment for meat boxes that we sell privately. 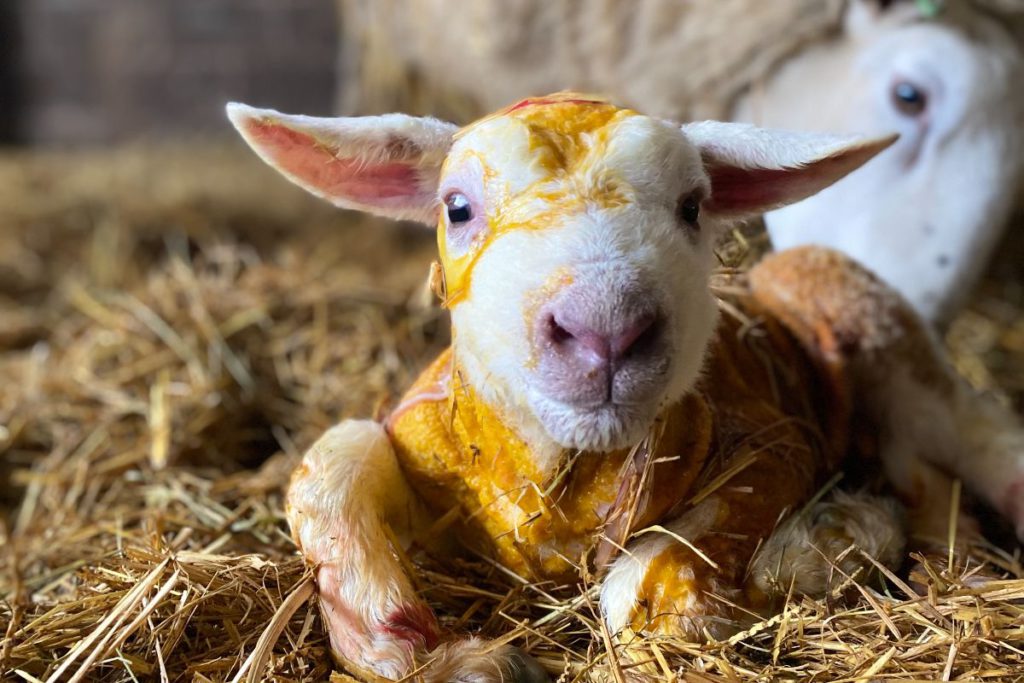 For me, lambing, hands down, is my favourite aspect of farming. Even though you can be working 18+ hours a day and can be exhausted, the excitement for me has never died. I hope it never does!

I am most passionate about sheep farming and producing stock that gets your name out there.

Also, I like showing the general public where their meat and food comes from and the high welfare this country works towards.

Luckily being in partnership with my friend means that I can get away during the lambing period knowing that our sheep are well looked after.

In many ways, women are now treated equally. However, there are still some areas in which we are the minority, the local livestock market being one of them.

The recent social media push for women in ag has been amazing and has totally normalised it as a career path for all women, whether you are from a farming background or not

I think if we keep doing what we are doing and making it an equal opportunity, that will keep encouraging more women into the sector.

There has already been a massive increase in young women enrolling in agricultural courses after school and going into university. 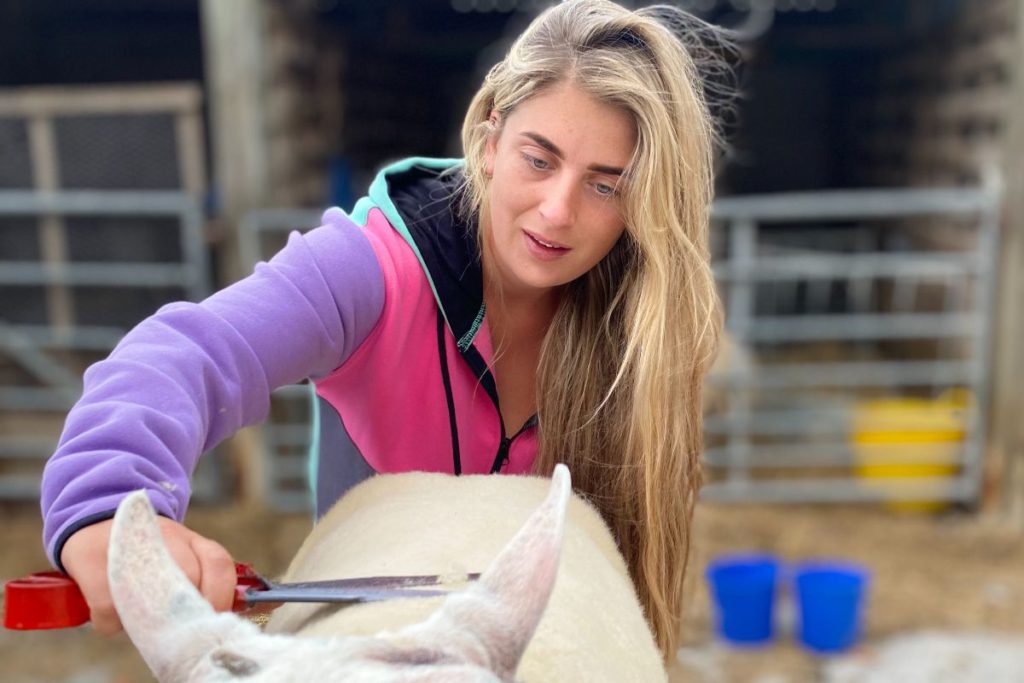 Learning from mistakes and embracing challenges

For me, I would not want to change a single thing. It has not always been easy, but as you know, you can only learn from your mistakes and the times that have challenged you.

Every day is different, and that is the beauty of working in this industry.

Every season brings its own ups and new challenges. However, you work through it and take the lows with the even bigger highs!

If anyone is considering working in this industry, I would tell them to go for it and see what happens. It might just be the best thing you will ever do.”