That's FarmingThat\'s Farming Irelands Largest Farming News, Properties and Classifieds Network
HomeBeef‘A Charolais-cross put a Charolais bull is the only way you are... 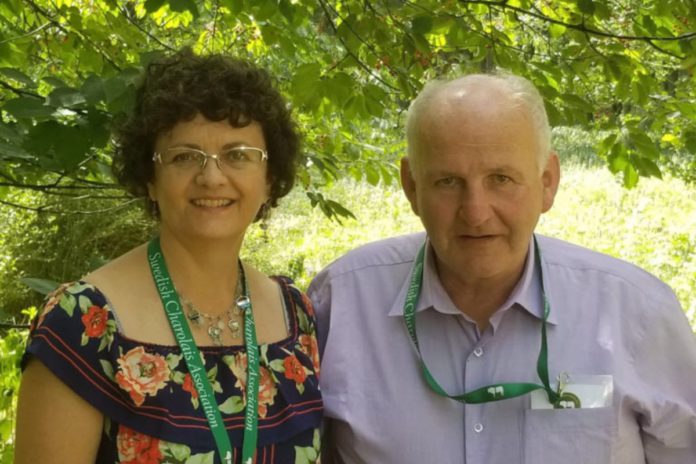 In this week’s Suckler Focus That’s Farming, speaks to pedigree and commercial cattle breeder, Kevin Maguire, a Ballyconnell native, from the Riversdale Charolais herd. He discusses exploring calving come to grass, bringing the first-ever World Charolais Technical Congress to Ireland and his views on suckler farming in Ireland.

Kevin Maguire is synonymous with Charolais cattle as a breeder and former president of the Irish Charolais Cattle Society.

He farms a 180-acre suckler and sheep farm outside Dunderry, under the Riversdale herd prefix, with his sons, Fergal and Shane.

Kevin’s association with the Charolais breed began over two decades ago.

“Then, I bred my own females (Riversdale Tara and Riversdale Oag) out of them.”

“I built the herd up using top quality bulls and semen imported from France and using top AI sires on the cows that I had.”

“We flushed some of our better cows. We still have embryos, if things go wrong, to keep the bloodlines we have alive.”

Kevin outlined why he chooses to breed Charolais cattle and the traits he seeks.

“Charolais is the breed to improve all breeds. The Irish Charolais Cattle Society all over the world use that slogan.”

“When I was chairperson of the Irish Charolais Cattle Society, I came up with the slogan: No matter what animal you put a Charolais on it, it will improve it.”

“Charolais has improved in maternal traits in the last seven to eight years. Charolais cows seems to have enough milk and will do the job that we want.”

“We only have to look at our sales in the last three or four years the way the bull sales have been going.”

“Suckler farmers want Charolais in their herd. Many dairy farmers started to use them because there are many easy calving bulls within the breed.”

“My ideal cow is a Charolais-cross-Simmental. A cow has to look right too, and figures are only a tool to guide you along. If you are a good stock person, you will judge an animal by the eye.”

“It must match up to what you see, a nice head, a good long body, nice shape, and not too muscley for a cow. The head is very important on a female; the head has to be good.”

Kevin travelled to Scotland, Sweden, and France, exploring the breed and from that, concluded that polled is an option for Charolais.

“The right type of cow is a Charolais-cross cow for commercial, and to put a Charolais bull on that. That is the only way you are going to make money out of suckling.”

“If you have not got a good female crossed with a Charolais bull, you are going nowhere.”

Commercial cows graze in two batches, with pedigree cows in a separate paddock. Bull weanlings are held at an out-farm nearby in Kilbride.

Kevin explored “calving coming to grass” in April and May when he felt the workload in February and March caused housing issues.

“They are good calves going to grass after the winter and still sucking the calf until Christmas. The calves are creep fed one-kilo or a kilo-and-a-half of meal over the winter.”

“Then, they are out to grass early and are sold around this time, so it is working very well for me at the moment.”

“They are weaned at that stage and turned out to grass. Bull calves weigh 530kg to 540kg, and the heifers weigh 30kg to 40kg behind that weight.” 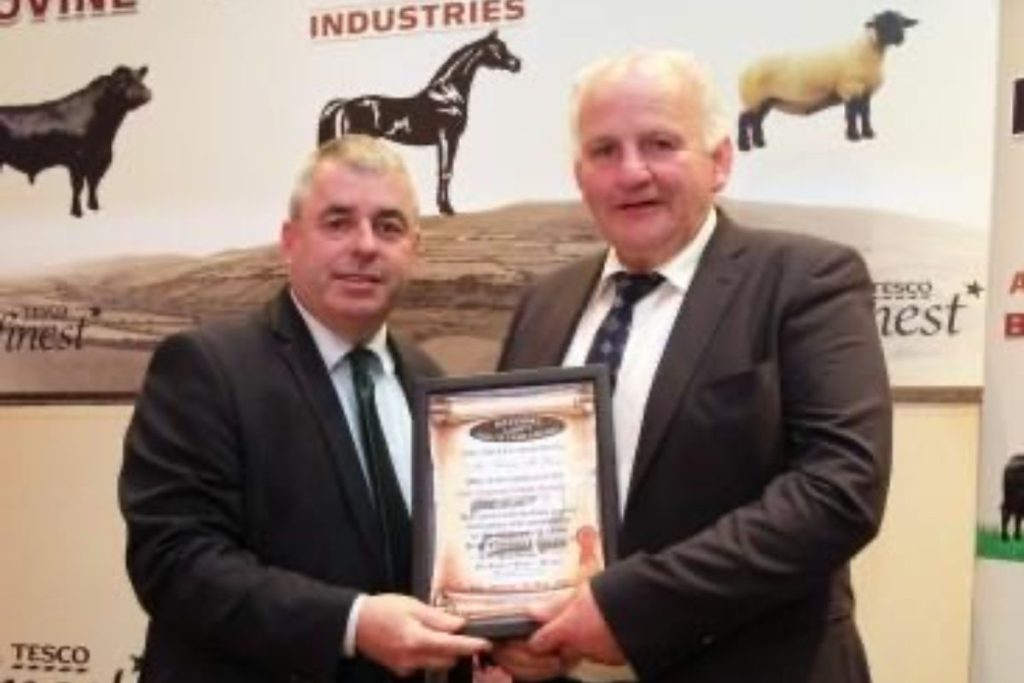 “We have built up a fairly good name. I stand over my bulls and heifers when I sell them. If there is any problem with a bull, the money is given back.”

“I never had to give money back, but that is the way I sell my bulls and heifers at home, and I get on very well with home sales.”

“I would go to the Irish Charolais Cattle Society sales; sometimes, I am not a young man. I am 64 at this stage.”

“When my sons were younger, we had more time, and we put the time into haltering them and all of that,” the Charolais breeder added.

Kevin has showcased his herd at agricultural shows for over twenty years. He outlined some of the successes the Riversdale Charolais herd has had down through the years.

“A bull that I bred by Riversdale Ankle around 2012 or 2013 went onto win the overall male champion at the national show.”

“The year after that, I won the reserve junior champion around 2013 or 2014. We had good success even at shows and sales where you would be showing and selling as well.”

Kevin served as president of the Irish Charolais Cattle Society for three years and held the position of president of Charolais International for one year.

“It was a great honour to be elected, and it was a great privilege to serve in that position as Charolais International president.”

“We were very fortunate to bring the World Charolais Technical Congress to Ireland in 2019. A number of embryos were purchased here in Ireland and exported to Australia.”

Maguire is passionate about protecting the Irish suckler sector and has been vocal in his attempt to fly the flag for the industry.

He shared his views on the BDGP and the beef sector’s future. “I believe the BDGP scheme did untold damage to the beef industry.”

“You only have to go in and look around at your marts, where quality has dipped and dipped. They are pushing it from the dairy herds.”

“If you talk to any person that went down the route of stars, they are probably gone out of suckling at this stage.”

“Even the good suckler farmers in this country are gone because they were pushed into these stars.”

“They were pushed in because suckling was not going well at the time, and to keep the type of promoted cow, did untold damage, the 5-star cow. I believe 5-star heifers are more suited to the dairy business than the proper suckler cow we know here in Ireland.”

“In my view, it [BDGP] put the nail on the coffin for them when they went down that route. The way the beef is going, I think there is going to be a shortage of quality beef in years to come,” the 2019 National Hall of Fame recipient concluded.

- Advertisement -
Previous article
VIDEO: ‘I think you can sustain a living from 50 cows’ – dairy farmer
Next article
The contribution of the cow to mankind has been udderly amazing