That's FarmingThat\'s Farming Irelands Largest Farming News, Properties and Classifieds Network
HomeDairy‘We need to see the base milk price getting up to 40c/L’... 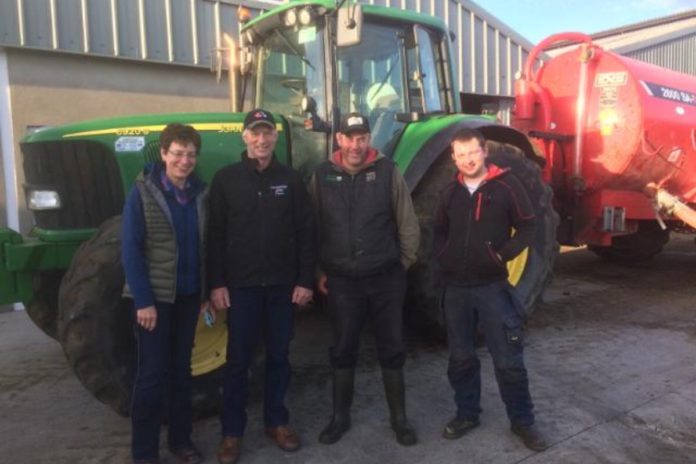 Victor Jackson left school over 40 years ago to farm with his late father, Charles.

In 1999, he took over the enterprise, following Charles’ death.

In the 1950s, the Jacksons sent milk to Hughes Brothers, Dublin (Glanbia), to supply the liquid milk market.

The Kiltegan, Wicklow-based farm comprises 130-acres of owned land, 140-acres of rented land, and a 160-cow Holstein Friesian herd under the Crossnacole prefix.

He farms with nephew, Richard, and a part-time worker,

Victor and his late father initially became interested in pedigree breeding after purchasing a stock bull from Kelly’s farm in Drogheda.

The Jacksons saw the cow type and milk abilities, which brought them to a high-yielding Holstein Friesian cow.

As a result, in 1986, Victor and his father branched into pedigree breeding.

Both foundation females won RDS champion of champion awards in their class the same year.

“We started with Irish cow families and gradually moved from Shorthorn and British Friesian-crosses towards Holstein Friesian.”

“They were just a higher producing cow and suited our liquid milk system in the wintertime,” he told That’s Farming.

He has since developed his programme to work with “top North American cow families”.

From his trips to Europe and Canada, Victor believes that a North American cow is a “big, framed type of female with more capacity, and a natural will to milk”. These cow families include Roxy and Lulu.

“The progress in recent years is very fast compared to what it was then. That time you bought a cow, it had a calf each year, and it might be a bull or heifer, nowadays you can use sexed semen.”

“You are fairly sure of getting your first calf as a heifer calf. Also, You can get a great start, and it eliminates many bull calves from first-calvers, which is a big advantage. You calf them, and they are up and running straight away.”

“It is so easy to get into top cow families with ET work from North America, and you are buying female embryos, which is hugely beneficial with sexed semen.” 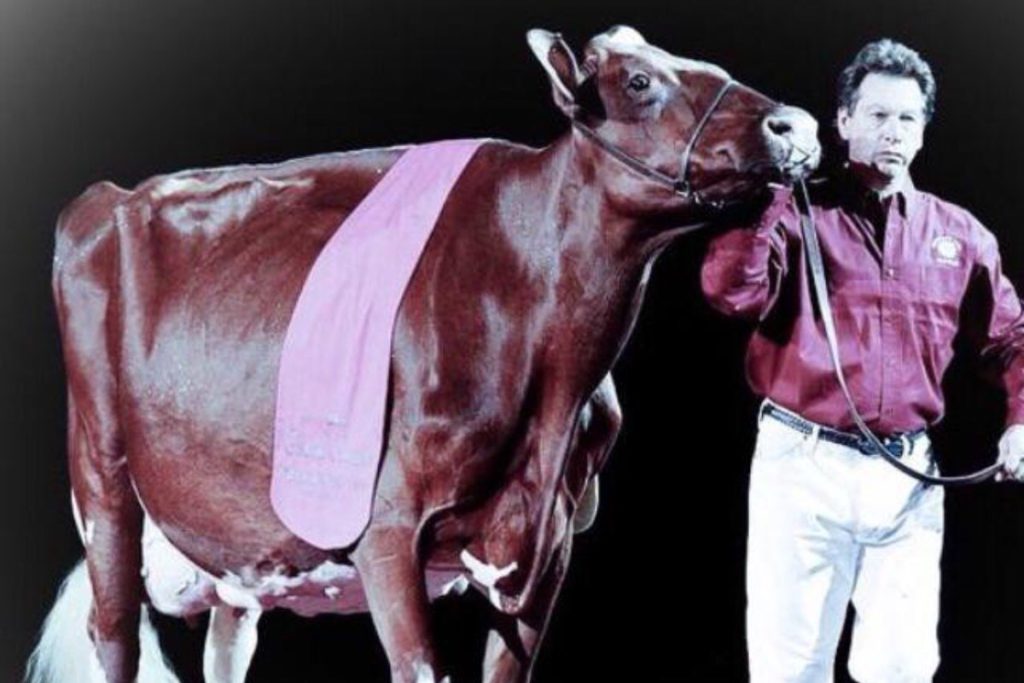 He outlined why he chose Holstein Friesian.

“We were traditionally involved with liquid milk for the market in Dublin, and we have a contract for winter milk.”

“So, we need the high-yielding cow that is going to produce that for us in the winter. The Holstein Friesian cow is the most acceptable across Europe.”

His ideal female is a cow with a “natural will to milk, and ability to convert forage into milk with good temperament, a good udder, good legs and feet.”

Victor milked 120 cows seven years ago when the milk quotas were abolished.

He leased a parcel of land throughout the seven years, which enabled him to push production to its current level.

In addition, he tops up high-yielding cows with concentrates in the milking parlour.

“We expect our 2021 figures to be similar. The years were similar weather-wise.”

“We will have more 2021-heifers, which might hold us back a little in milk yield in comparison to 2020.”

“All heifers go to sexed semen first, maybe even twice, and after that, they are bred to conventional semen. After that, if they are not in-calf, they will be probably run with the stock bull.”

The breeding programme spans three rounds, with 90% of females AI’d, and PD’d (pregnancy diagnosis) before round three.

He outlined why he opts for sexed semen.

“When you go to calf a heifer, it is much easier if she is carrying a heifer calf.”

“Firstly, she is going to have a shorter gestation period. Secondly, the calf is up and running straight away because she has had a smaller calf because she is calved that little easier rather than carrying a big bull calf way past her time.” 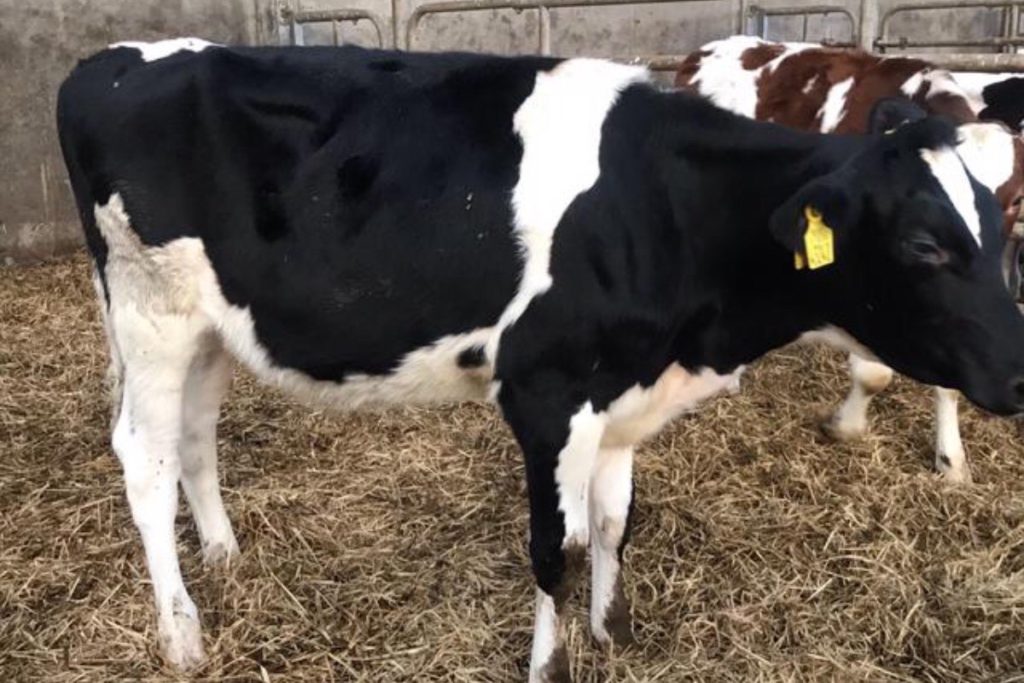 Victor calves down 60% of the herd in the autumn and 40% in springtime and uses a calving camera as a management aid.

“Our liquid milk contract is all-year-round, so it suits our system to keep almost the same amount of milk in the bulk tank every day of the year; we never drop out completely.”

“Furthermore, we have always calved cows all-year-round, and it spreads the workload.”

“We do not need a dramatic amount of labour during the busy periods, and the workload is spread out that little bit more.”

“70% of our cows calve on their own; I assist 25, with 5% requiring veterinary assistance.”

The herd’s calving interval is 390 days. He outlined that 15 cows could slip from autumn to spring or vice versa.

“I like a few months along with the two years, which gives the heifer that little bit more. Her system gets stronger and allows her to do it.”

Victor rears all female calves and sells 40-50 surplus first-calvers when they are freshly-calved at Carnaross or Carnew Mart for €1,750-€2,300.

“In 2017, we held an IHFA open day and sale in conjunction. We secured up to €6,700 for an in-calf heifer Crossnacole Brokaw Fame.”

The main batch of male calves on the farm go to an exporter in Holland at two-weeks-old.

“I keep a few stock bulls for the IHFA national show each year and sell some bulls privately from the yard.”

“We have a few repeat customers who keep returning for a bull each year or every second year. We normally register half a dozen bulls from the top cows.”

He secured €5,000 for two bulls, receiving a champion at the IHFA 2015/2016 bull sale whose dams were Crossnacole Dundee Precious, and sired by Goldwin. 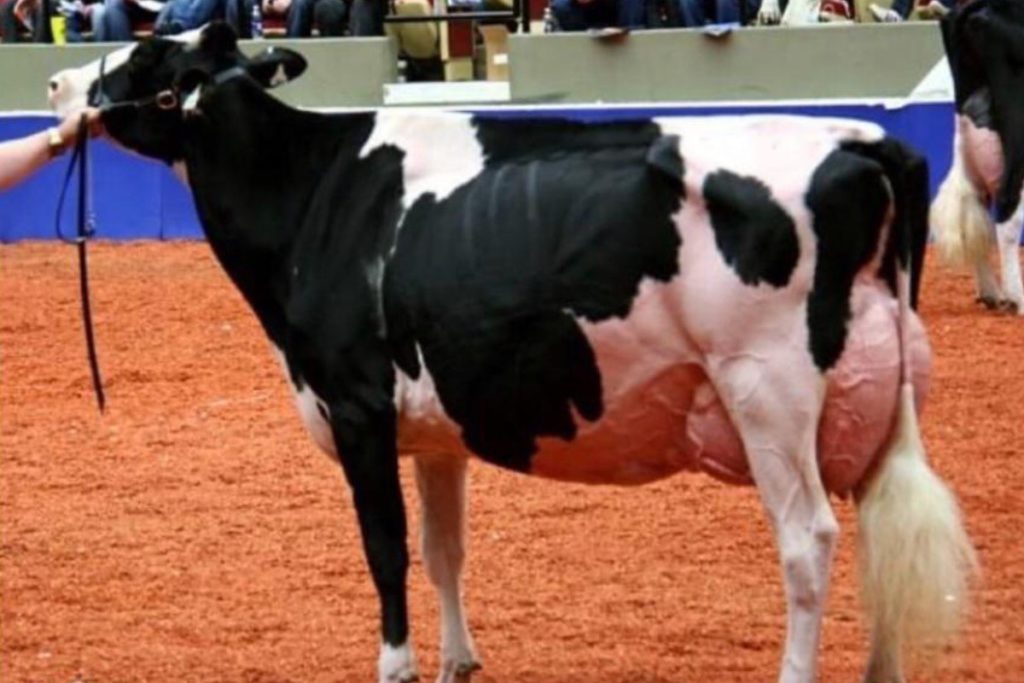 The IHFA member implements technology on the farm using Herdwatch, classifying cows with IHFA, and spreading fertiliser/slurry with a GPS.

He manages grassland by taking out paddocks of fresh grass as bales when strong and using his retro-fitted dribble bar on a Hi-Spec 2,600-gallon slurry tanker.

“I feel there is an overuse of nitrogen of nitrates on dairy farms.”

“With the cost of fertiliser increasing, we have to monitor what we are spreading much more closely and make more beneficial use of farmyard manure and slurry.”

His nephew oversees grass measuring with cows still out on their last week of grazing. He lets cows back out to pasture in late February.

Victor has a 14-unit Dairymaster milking parlour with intentions to expand the 1999-built parlour to a 20-unit.

“I want to cut down the time we were spending in the milking parlour to leave more time for other jobs. The numbers have outgrown the system.”

He previously had a 6-unit Herringbone milking parlour.

“We were milking too many cows for a 6-unit parlour. Dairymaster were local to us, so that is how I ended up buying it.”

Other farm infrastructures include a 180-cow cubicle shed, straw bedding for 30 cows, and a calf rearing shed.

The Jackson family’s efforts have been recognised as they received the 1990 quality milk award, a development farmer of the year award in 1992, numerous national herd competitions, and the 2021 Kildare Holstein Friesian Club (KHFC) competition title from the IHFA. 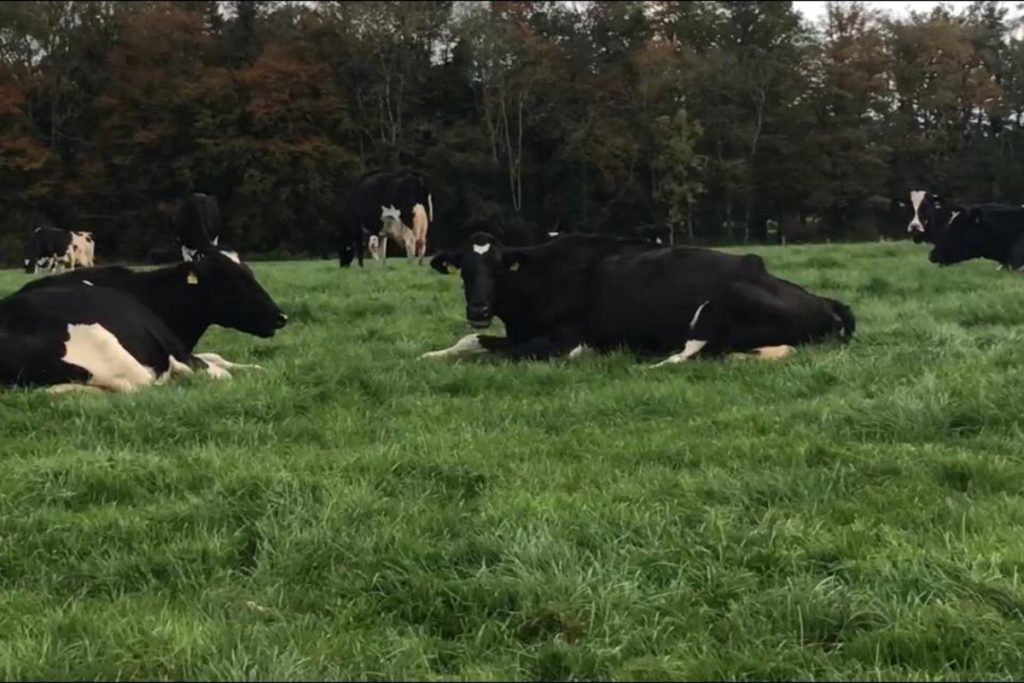 Victor intends to improve his enterprise with no herd expansion plans and have another on-farm sale.

His long-term plan is to retire in ten years. However, he outlined he has “enjoyed every minute of it”, with his nephew taking a keen interest in the enterprise.

“Hopefully, milk prices will move upwards, as the cost of labour, energy, and inputs have increased.”

“However, we need to see the base milk price getting up to 40c/L to keep us going. Unfortunately, it is looking like higher prices for food on the shelves.”

He shared his view on the future of Irish dairy farming.

“It is a good business to be in, and historically it has. Dairy farmers are running faster all the time to stand still, really.”

“We are getting more like supermarkets all the time. We are working on a smaller percentage to run at a standstill, milking larger numbers of cows.”

“Unfortunately, that is the way it is gone; you have to be more efficient,” the dairy farmer concluded.