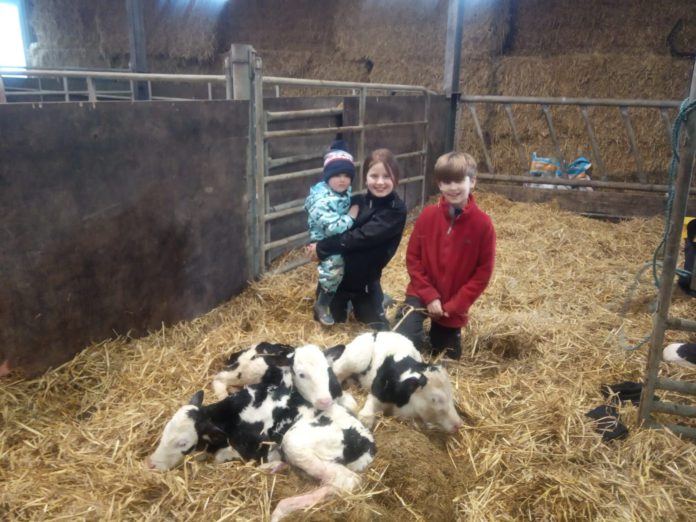 A cow has defied the odd of 400,000/1 by giving birth to triplet heifer calves. To have a set of triplet calves is uncommon but to have three calves born of the same sex is significantly more uncommon.

The Kerry native milks 180 Holstein cows on his farm and has only recently ventured into the Fleckvieh breed.

He purchased approximately 20 AI straws off Tony O’Leary, Eurogene AI technician, for his herd. Only two other cows have calved with Fleckvieh so far, and there are many more calves to come.

Ross has been very lucky with the breed thus far, as in his first year of using the breed, he has had these triplet heifers from a cow in her fourth year of calving.

The triplet’s dam was a Holstein who was not due until February 18th but surprised Ross on Sunday morning.

“She was in the calving pens as she was coming near calving. I was finishing up getting ready to go in and have breakfast, but I decided I better go in and have a quick look at her.” Ross told That’s Farming.

“I saw that she was ready to calf, legs were sticking out so, I gave a gentle pull and the first calf to come out was a heifer, I was delighted. Straight away, two more legs appeared.”

“I thought great, twins, legs kept coming so I pulled the calf out, and it was a heifer as well. I do not know why, but I checked, and there was another calf coming. So, we were delighted.”

“The triplet heifer calves are very hardy. There were never triplets on my farm before so it is lovely. We are going to keep them for cows. Hopefully, they will be here for a long time to come.”

“You can see them in the pens with the other calves, the three lie down together and everything. Their mother is a good cow as well, so hopefully, they will be the same.”

To have triplet calves during this time with Covid-19 was an occurrence that brought great joy. Ross’ three children; Kate, Tom and Daragh, were delighted.

“It was an exciting event for them; they have been delighted spending a lot of time on the farm, feeding the calves.” 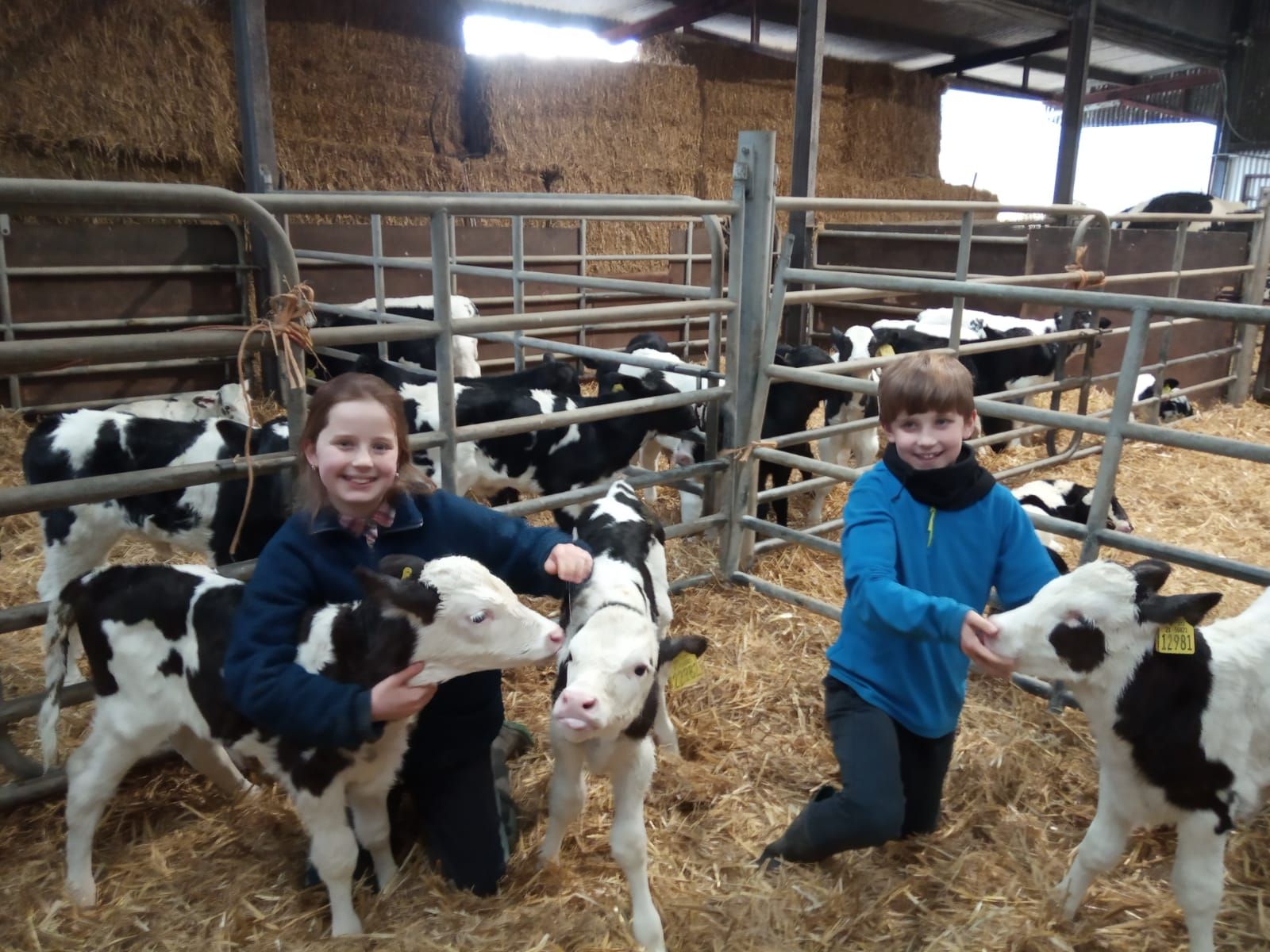 “I am working with Eurogene now we were independent up until last season. I am responsible for sales of Fleckvieh semen in the Munster areas.”

“Valdivia is one of our top sellers in Eurogene. Ross rang me on Sunday morning to tell me he was after safely delivering three Fleckvieh heifer calves. It is very exciting for us.”

“We are aware from the use of our product, that Fleckvieh semen is very fertile. The fact that there now have been three sets of triplets born on the Island of Ireland in this calving season goes to prove that.”

“They are the number one dual-purpose breed in the world. It is combining beef and milk with a very good bull calf which is attractive to dairy farmers for selling. Instead of selling bull calves for low prices, they can get €250-400 – depending on age.”

“All our Eurogene bulls are 100% proven. It takes five years to prove a bull. They are bought between 9 to 13-months-old, there are 15,000 doses of semen collected from them.”

“750 go for laboratory research, and 750 go out to farms throughout Germany for tests. Therefore, we can gain our information in the next five years. All our bulls are very well tested before any farmers get sold straws.”

Larry explained that Eurogene took over an agency in Germany from Bayern-Genetik just over one year.

The territory manager feels the fact that because Eurogene has all proven products and do not market genomic bulls without daughter proofs stands for them.

“What we were seeing farmers demanding was something with high reliability with proven daughters so you could assure what sort of animals result from the bulls.”

“Valdivia is a very high solids proven bull that is easy calving, with great quality udder. So, he is perfect for the farmer looking for good milking Fleckviehs with high solids and extremely good udders.”

“After that, our other big Fleckvieh sellers are Erbhof, Etoscha and of course, Mahango, who sired the two sets of triplets, supplied to the farmers by David Hazelton. Having triplets would be a very rare occurrence. Having triplet heifers is highly unusual; it is a fantastic result for Ross to have three live animals and all be heifers,” Larry concluded.