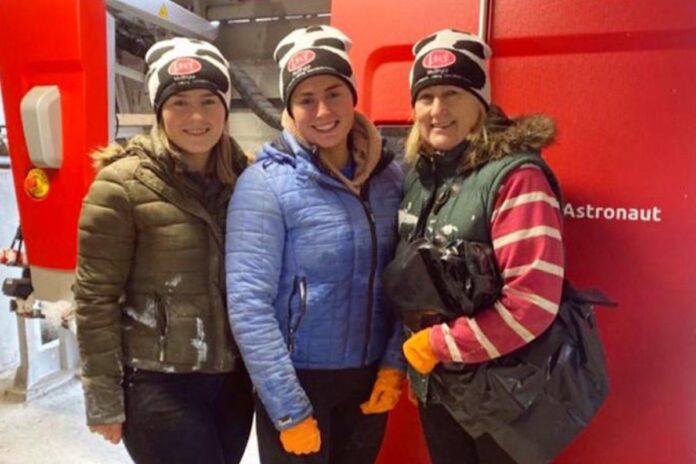 In November 2021, the Brett family from Cloneen Co Tipperary dispersed their 50-cow suckler herd (including weanlings) at Thurles Mart to embark on their dairying venture.

They previously increased their 25 suckler cow herd to 60 and then transitioned to dairying.

Ivan’s father, Liam, formerly milked cows 29 years ago. His then 30-cow herd suffered a TB outbreak, followed by the herd’s depopulation and then the introduction of milk quotas.

In April 2021, the Brett family formed a farm partnership comprising Ivan and his parents, Liam and Caroline.

Ivan and Liam carry out the work on the farm with assistance from Caroline (a retired nurse), his sister Andrea (studying nursing at University College Cork) and his sister Jessica (a singer/pharmaceutical worker). His brother, Jacques, is an engineer in Australia. 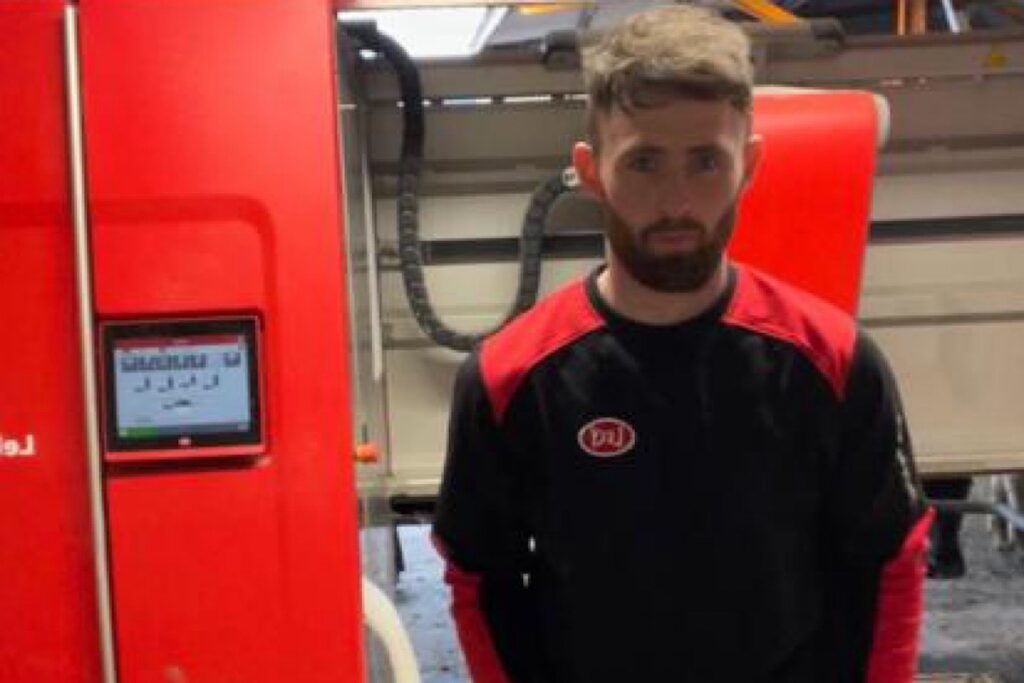 “I worked on dairy farms for the last ten years milking cows. In 2013, I took two years out when I left school,” Ivan Brett told That’s Farming.

“I learned a lot there and value his opinion massively. Donal installed robots in the last two years.”

“I worked full-time for him. I used to have every second weekend off to go to another farmer.”

“The second farmer, Padraig White, was winter and spring milking. I used to work with him all over Christmas and every second weekend. He also had 800 beef cattle. So, I worked hard like a dog for two years to save for college.”

In 2015, Ivan completed his Green Cert at Kildalton Agricultural College.

Ivan later worked with a company selling agricultural products before taking up his current position as a service engineer with Lely Center Mullingar. 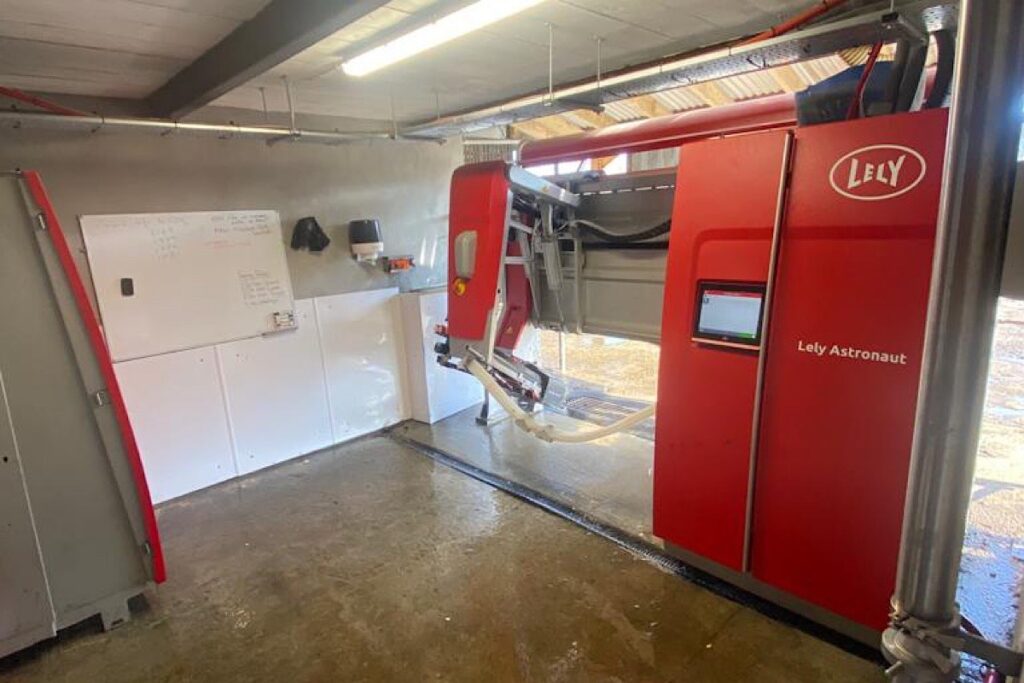 The family said they did not want to go all Fleckvieh genetics and wanted to choose a proven breed.

The family followed EBI within reason, AI-bred and reviewed the dam’s milk recording data and genotyping for heifer selection.

They used the dam’s milk recording to identify where the heifer would be in year 3 (as a third-calver) with the mindset that she would produce that amount of milk if her breeding was correct.

“It does not guarantee it, but it just puts some level to the whole thing.”

“I was basing it off where they will be in year two or year three from their kgs of milk solids and then following EBI for fertility and milk.”

At 6 pm every evening currently, the cows are on silage and straw indoors.

Their heifers are built up to 6kgs from day zero to day ten. They are then held at this level for a period – depending on grass supply and condition.

According to Ivan, they can be tailored at any point individually or as a group as part of a plan advised by Lely Center Mullingar’s Jordon Molloy.

They currently use an 18% protein nut on their Lely Astronaut A5 robot but will “pull back” as grass intake increases.

The Tipperary family aim to use as much AI as possible from the end of April onwards.

However, they are pending guidance from their adviser on sire selection. They intend to mop up with a Hereford or Angus bull and use the ICBF bull list for sire selection.

The family plan to match bulls of a high EBI with their cows, access any flaws and include sexed semen straws in the breeding plan in the future. 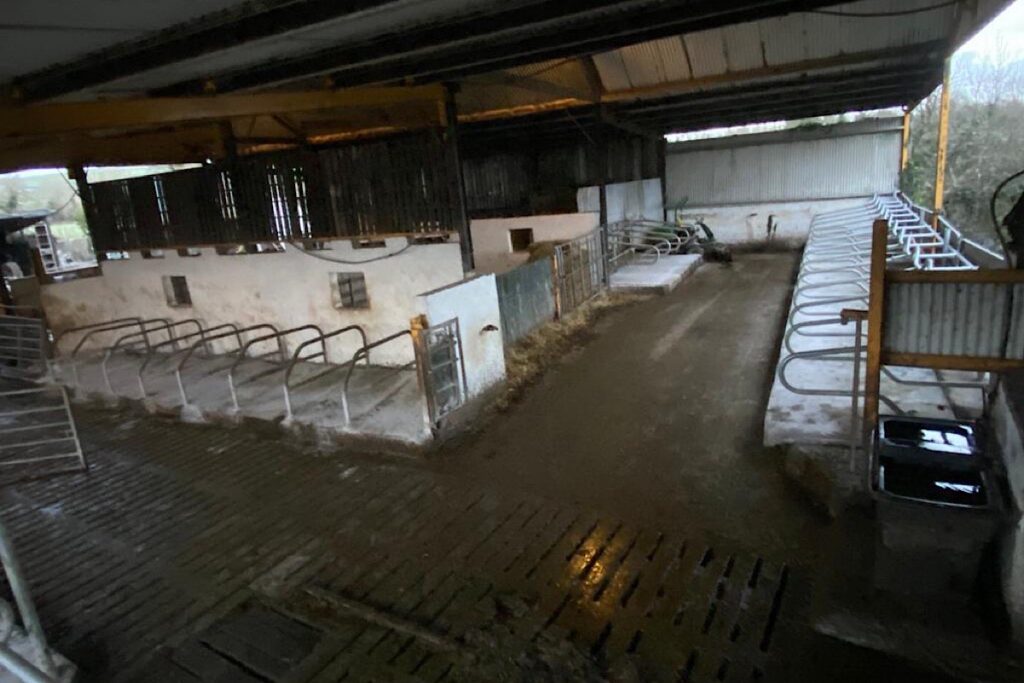 They will be calving from February 1st – due to grass availability and weather for cows after calving.

Their heifers calved this year (with two left) from 23-24-months-old with Fleckvieh heifers bought in-calf from 28-30-months-old.

“In my opinion, you are feeding an animal for that extra amount of time, you gain greater lifetime production, less labour and can carry more milking stock. I learned about it at Kildalton Agricultural College.”

“Teagasc have done trials and said that this age is the most profitable way of doing it. I know you will get a bigger animal from 30-months.”

“However, by looking at trials, Teagasc, talking to your neighbours, and gaining knowledge of a farmer I worked for, that is what he did.”

“If they are not a target weight for bulling, I am all for leaving them to go on longer.”

According to the family, heifers require very little intervention during calving, are fed on a pre-calving mineral, silage, and straw and monitored using three Livestock Eye cameras.

The family plan to retain all their females. They purchased 34 heifer calves in spring 2021 that will calve down next year.

They sell their Angus bulls on-farm from one-month-old.

“I will not be able to put 84 cows on the robot or carry this number, but I will cull whatever I am not happy with along with the few that will not go in-calf.”

They have one Lely Astronaut A5 robot, supplied by Lely Mullingar, ordered in November 2021, and installed on February 14th, 2022.

The first batch of freshly calved cows got milked on a single-unit milking parlour, which took the family two hours morning and evening for a few weeks – before the arrival of the Lely Astronaut A5 robot.

The family did 99% of the building work, along with a family friend, Philp Keane, on weekends. The robot is in a 150-year-old building where Ivan’s grandfather and great grandfather milked cows on an old milk line.

“We would not have been able to do it in any other way. It was done the way we did it, and we worked hard and did it. The building needed a revamp, and it would have been a shame to knock it. We recycled a lot and made use of an existing building.”

The family uses Lely’s ABC grazing system, where cows can alternate between three paddocks within 24 hours.

They are currently using part C for strip grazing and silage, with plans to use a C next year – in line with expanding cow numbers. 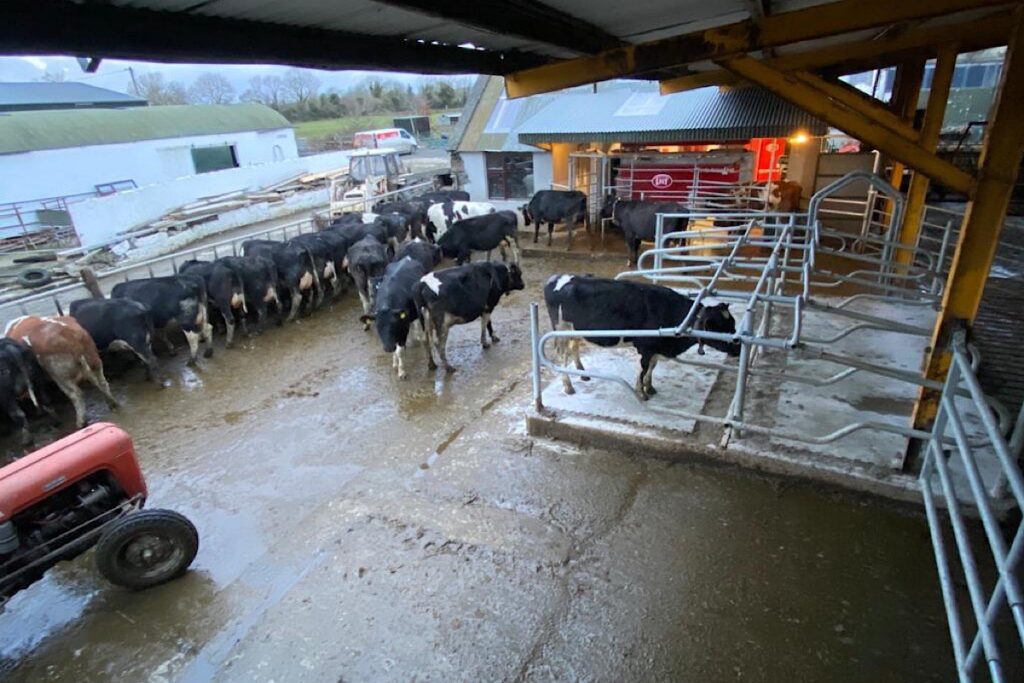 Converting an existing milking parlour would have been a “cheaper” option for the Bretts.

Still, the freedom to allow family members to come and go, have holidays, monitor the robot on the go and access information about cows stood out for the family.

Ivan also wanted to ensure his family’s safety when he was at work.

Another area that stood out for them was the drafting system. This enabled them to let out the required number of cows via the app (the T4C management system) for the necessary attention, e.g., hoof repairing.

“When I am not planning on going over the 80-cow mark, you could milk a bunch of spring and autumn cows with the robot and maintain a 70-cow herd.”

“I do not plan on taking on any extra land with my land base. I want to keep it nice and simple, and if you are only going to that level in numbers, you would be foolish not to consider the robot.”

“The robot is another labour unit that is fairly guaranteed to do what it is supposed to do.”

Other farm infrastructure includes a 68-cow cubicle shed, a four-span lie back shed, and a calf shed.

The farm is spread three times annually with slurry – which pays “dividends” to the farm.

The family feels by strip grazing and having cows in by night, they will have adequate grass supply, as it stands.

The family intends to reseed a few paddocks, using their own machinery they purchased as part of GLAS.

“Reseeding is vital to the whole thing being a success. Anyone doing well out of farming is reseeding, and it does pay to do it.”

“In my view, you will get better solids in your milk, you will have more grass growth, and grass management will be better.”

Dairy stock prices (as new-entrant dairy farmers), input costs, and environmental changes are the challenges that impact the family.

The timeframe of turning around their suckler-dairy conversion is a challenge they also faced.

“If I had 60 suckler cows this year, I would have to deplete the herd because it would not have paid to maintain 60 animals, buy fertiliser, and silage. Everything is going up in price.”

“I know fertiliser prices will impact, but hopefully, with steady milk prices and grass growth, it will take the sting out of certain things,” the Tipperary dairy farmer added. 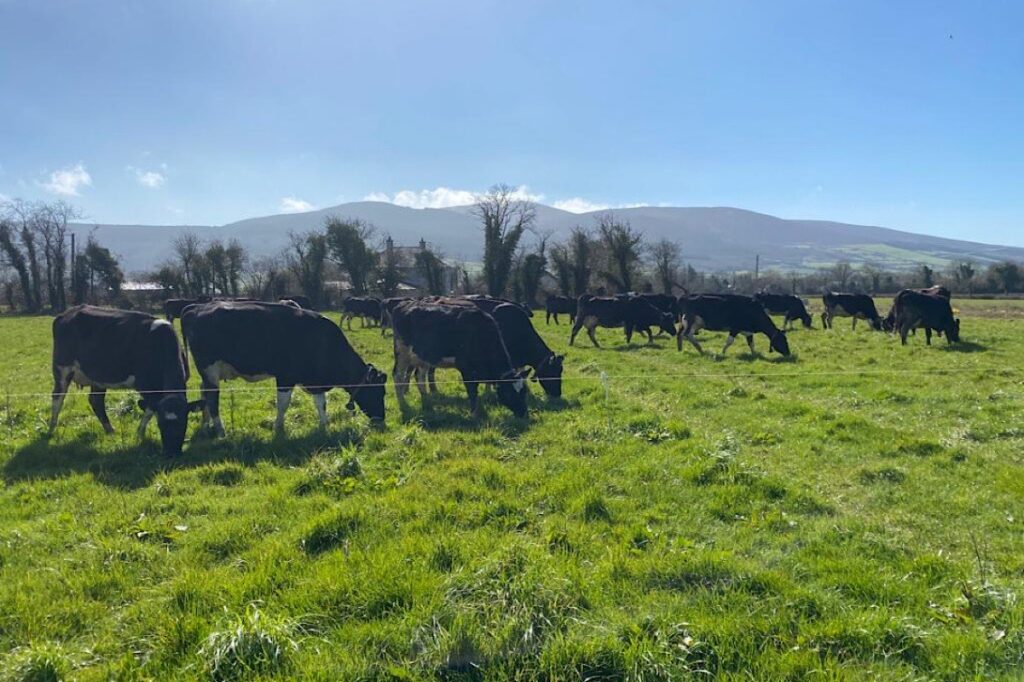 Looking to the future, they intend to milk 70 cows (with a 60-day drying off period) and continue selling bull calves.

In year three of their five-year plan, they aim to continue reducing input costs by utilising slurry and have their cows producing 6,300 litres and completing 500kgs of milk solids.

“The future of dairy farming is unknown. There is a lot of uncertainty between global warming and dropping stocking rates. I am not planning on pushing the stocking rates to such a level.”

“There are plenty of farmers that might be out there at high stocking rates and have 150-300 cows that cannot get labour.”

“However, there is a lot of stress with big amounts of animals. If you can have a life, pay your bills, and keep things simple enough, that is all anyone wants to do.”

“Fertiliser prices are uncertain, and it is the same with everything. All these things go round in circles, and beef prices go up and down, and milk goes up and down again.”

“I am sure there will be highs and lows over the next few years.”

“When we got accepted with Glanbia as a new entrant, you can only go to a certain level with cows; that suited me. I was never planning on milking 200 cows, and we knew that getting into dairying.”

The family concluded and said they have many things that they think the sector may have to include in the long term: bird plots, a wood, a river, and biodiversity.