As part of this week’s On the Rostrum series, That’s Farming speaks to Taaffe Auctions. Michael Taaffe discusses how a trip to Boston influenced his career choice, 30 years on the rostrum and hosting over 170 dairy sales so far.

The business resulted from the Dunleer, Louth native’s realisation, while on a J1USA visa in Boston, that auctioneering would enable him to be involved in the dairy industry.

“I knew that I could not be a dairy farmer, but I figured that being a dairy auctioneer would keep me involved in the whole dairying side of things,” Michael Taaffe, a Multyfarnham Agricultural College and UCD general agriculture graduate, told That’s Farming.

Michael travelled to the UK before establishing his business and spent two years at Wright-Manley, selling small implements before branching into livestock.

“When you had gained selling experience, then you were allowed to sell dairy youngstock and later cows. It got very serious when you were given that trust.”

“I worked under Clive Norbury at Wright-Manley. Clive was very good to me when I was starting. I always had a huge interest in dairying and was involved with milking and showing cows growing up.”

Michael grew up on the Knockatubber-based 60-cow Holstein Friesian herd with his father, James, and mother Einin.

He occasionally visits Canada and America, where he is exposed to “different” auctioneering styles.

“North American sales have been a great experience over the years because of the level of presentation. The razmataz you see in Holland is very different to what we see in Ireland.”

“It was also great to hear Canadian auctioneers and to see the ring people dotted around in the crowd relaying bids back to the auctioneer and to see that razmataz and humour they had in a very serious business making money.”

Michael reflected on the Meath-based sale having a throughput of 100+ dairy heifers monthly, equating to more than 1,000 dairy animals annually.

According to Michael, the sale is in its 13th year, now, having found new homes for over 13,000 dairy stock.

“I am happy to say from the start that it has been a very successful sale with a strong partnership between Carnaross Mart and ourselves. The dairy sale enjoys strong support.”

“We are very lucky to have a great group of vendors who sell high-quality heifers and to have a wide customer base who buy from us regularly.”

“Vendors and customers appreciated right from the start, having a catalogued sale where sellers could display their breeding details and buyers could pick up the full information on animals rather than bidding on animals without any details.”

“If there are problems, which thankfully there are not many, we sort them out and try to keep buyer and seller happy.”

During these sales, Michael has set record prices both for individual cows and dispersal sale overall average prices.

In addition, he has been involved in direct Canadian embryo and live animal purchases and helped import Moralta Inspiration Fame (EX97), who won the National Dairy Show in Millstreet on three occasions for the Cradenhill herd.

“Those days give you a great kick that what you might have seen potential in something two to three years before it comes to fruition.”

Taaffe Auctions and Carnaross Mart held the first online dairy sale in Carnaross Mart in May 2020 during the early part of the Covid-19 pandemic lockdown. He hailed the sale a “great” success as prices topped out at €2,750.

“Carnaross Mart was the first mart in Ireland to conduct an online auction at their weekly sales.”

“When approached, our long-established vendors took a “leap of faith” in me to trial the sale. Many vendors realised they needed to get animals back out to the mart if they were going to sell them.”

“The success of that day surpassed all our expectations. It was so different. Farmers were allowed to come to marts and look at lots for a brief viewing time.”

“Farmers were fortunate through the Covid-19 pandemic that beef prices strengthened, dairy prices were good, and in most cases, farming got through. I think online sales have helped farming to keep cattle moving.”

“It also helped businesses like marts and us that they could keep selling; it was a complete game-changer.” 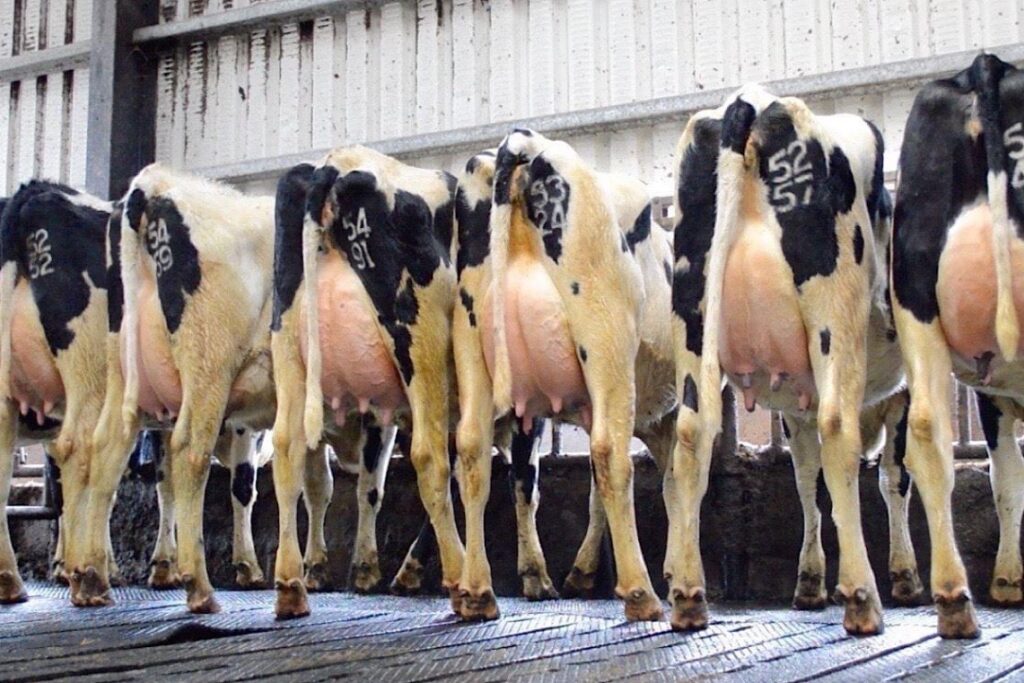 Michael has noticed several changes over the last ten years, such as embracing social media for marketing his upcoming sales, the launch of the online facility, and the move from on-farm to mart sales.

“If you asked me what one of the main reasons for farmers dispersing their herds this spring is, I would say they cannot get farm help.”

“Some of them would see themselves continuing for more years milking cows. However, they have lost help or have no help to do it.”

Michael outlined the challenges he faces as an auctioneer.

“There are many challenges in auctioneering, the same as with farming. Farming is changing. In the last six months alone, different challenges have surfaced. What is ahead for us in the dairy industry is huge.”

“Every challenge there is for the dairy industry is going to be a challenge for us as it feeds back. We are not going to be short of challenges with carbon and nitrates.”

Michael believes “we will never go back” to a situation without the online system.

“We asked LSL Auctions’ the day after the Monamore Sale in October 2020 in conjunction with Carnaross Mart to see how many people were watching in and at peak, 1,870 people tuned in. That figure to me is very impressive.”

“The Monamore herd is one of Ireland’s top herds, and their sale generates large interest. However, to have that many people watching in resulted in a strong sale and prices were outstanding.”

“Online auctions bring huge audiences to the sales but not necessarily to the mart car parks,” the auctioneer concluded.